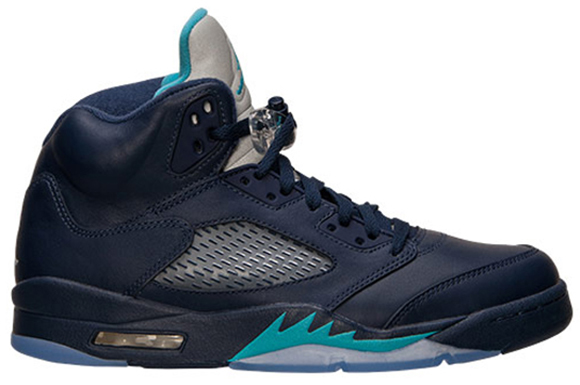 This weekend, the first Hornets inspired Air Jordan will release, the 13 but following next month will be the Air Jordan 5. Today we have more images for those of you that are planning on grabbing a pair.

The Hornets won’t be making the Playoffs this year but at one point in the season there was hope, and although they have a strong fan base, the mass (as far as sneakerheads go) enjoy their color scheme. The uppers consists of midnight navy while hints of turquoise run through the midsole, tongue and liner. Finished off with a translucent sole.

The Hornets Air Jordan 5 will officially hit retailers on May 2nd 2015 for $190 including FinishLine. 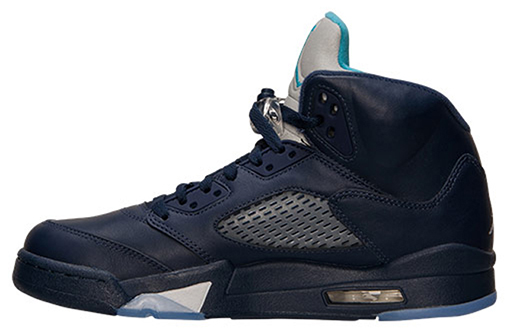 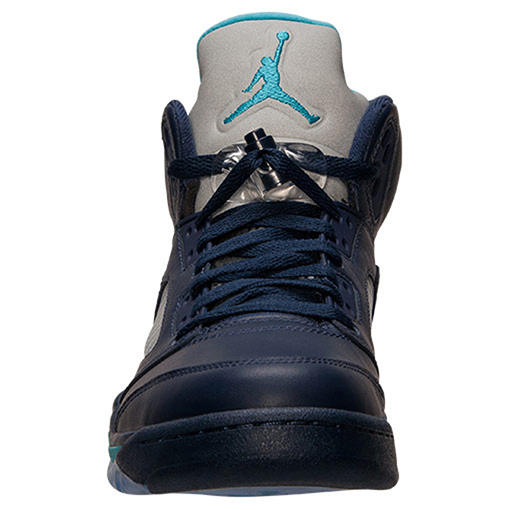 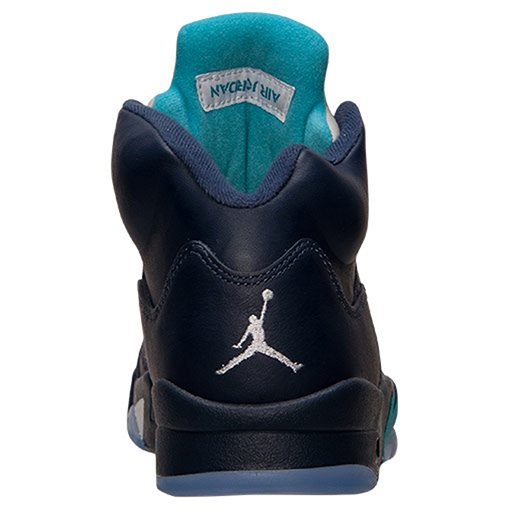