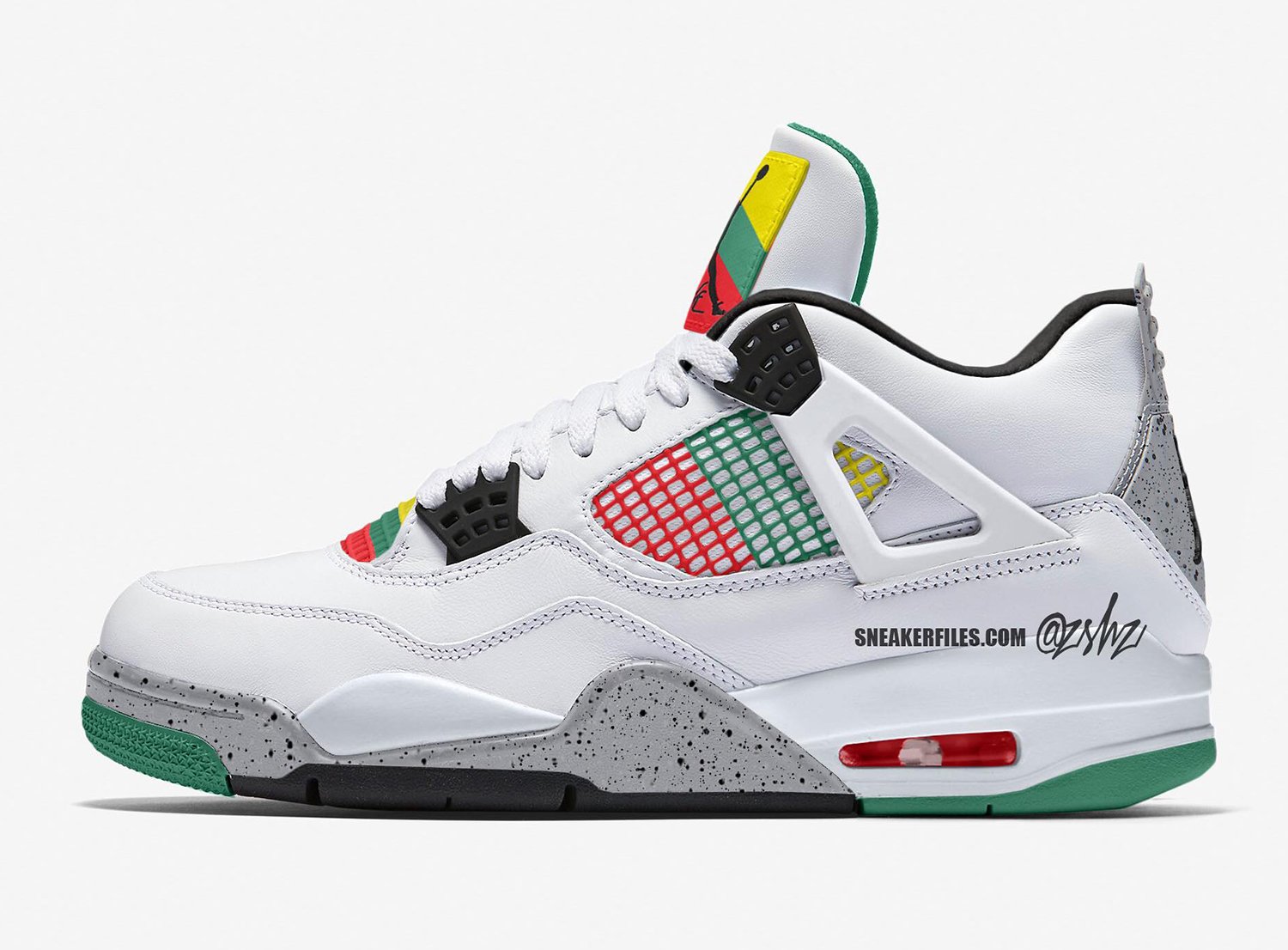 The Air Jordan 4 ‘Do The Right Thing’ also nicknamed ‘Rasta’ is a women’s exclusive release that will launch during Spring 2020.

The film was released in 1989 and was directed, produced, written and starred Spike Lee. In the movie there is a scene wear Buggin Out (played by Giancarlo Esposito) had his Air Jordan 4 scuffed. Looking closer his pair features a special attachment in Green, Yellow, and Red. Those colors are also found on the national flags of many African nations.

This Air Jordan 4 comes dressed in a White, University Red, Lucid Green and Black color combination. Featuring White across the base, Yellow, Green and Red will gradient across the netting on the panel, tongue and label. Black lands on the Jumpman branding, liner and wing eyelets. Cement print will land on part of the midsole and heel while Red is applied within the Air unit and both Green and Black covers the rubber outsole to complete the look.

You can expect the Air Jordan 4 WMNS ‘Do The Right Thing’ to release at select retailers and online at Nike.com during April 16, 2020. Retail price is set at $190. Once more information is available we will make sure to update.

Image used of the ‘Do The Right Thing’ Air Jordan 4 is a photoshop by zsneakerheadz, however its an accurate representation of whats releasing.