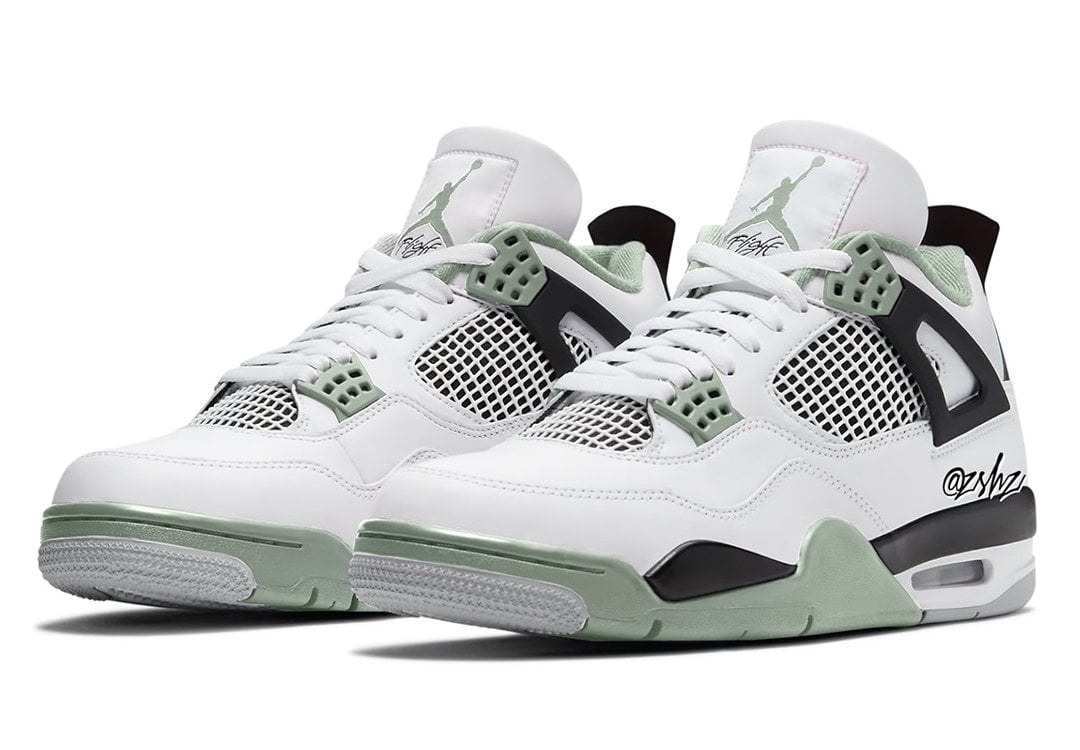 The Air Jordan 4 ‘Seafoam’ will release during Spring 2023 and will be available exclusively in women’s sizing with a familiar color blocking.

This Air Jordan 4 comes dressed in a Seafoam, White, Black, and Neutral Grey color combination. The color blocking on this pair will resemble the ‘Fire Red’ Air Jordan 4, but instead of Red, we have Seafoam Green. Next, we have Black underneath the mesh, wing eyelets, and heel tab with the Jumpman logo. Lastly, the aforementioned colors adorn the rubber outsole.

You can expect the Air Jordan 4 WMNS ‘Seafoam’ to release at select retailers and Nike.com on February 24th, 2023. The retail price is $200. As soon as we have more information, we will make sure to update you.