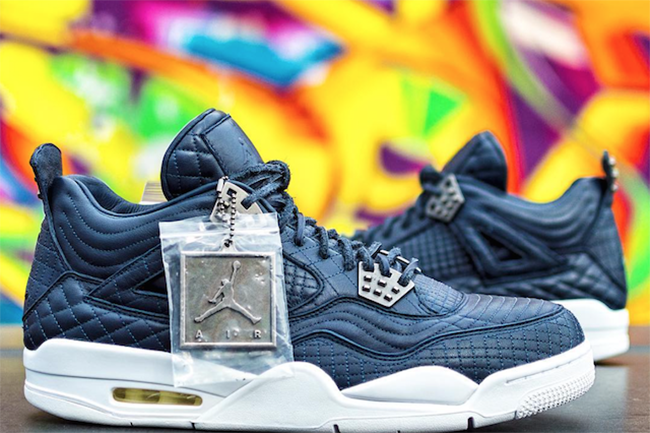 The Air Jordan 4 Premium models are now starting to rack up. We are up to three different pairs with the third featuring a Navy and White mashup.

As mentioned, this marks the third pair of Air Jordan 4 to feature a premium build. The first is ‘Black‘ that features Pony Hair hinted through the base. The second takes on a reptile approach known as ‘Snakeskin‘ due to the scale texture on the uppers.

Instead of being inspired by some animal, this Air Jordan 4 Premium is straight luxury. Taking a closer look, a few different quilt stitching patterns can be seen through the uppers and around the collar is a wave like stitch. While using Navy Blue leather on the base, it also appears that leather is placed on the liner. Other details include metal burnished eyelets and hangtag while sitting on a White midsole.

Unfortunately, it doesn’t appear that the Air Jordan 4 Premium Navy Blue White will actually release as they are just samples. But you never know, Jordan Brand could unveil them in the future. For now you can check out a few different angles below. Would you like to see this pair release? 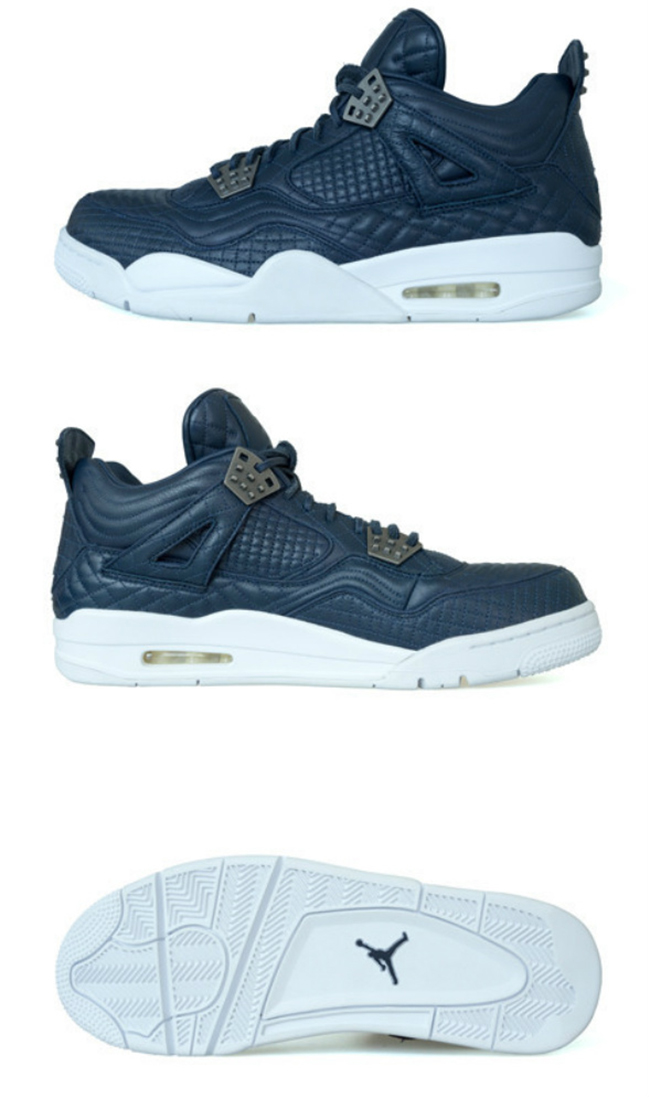