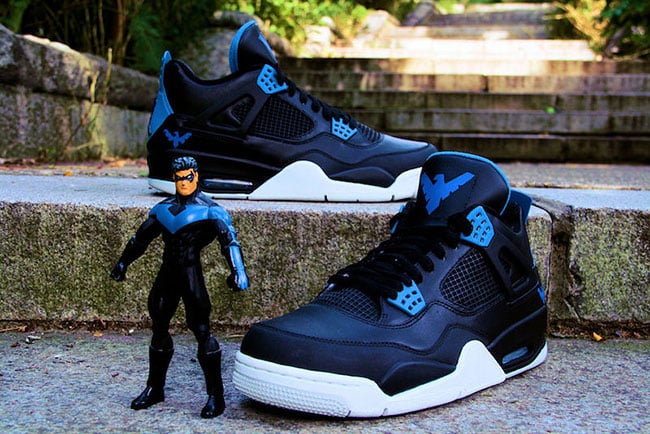 The Air Jordan 4 ‘Nightwing’ Custom was created by Ecentrik Artistry. For those that don’t know, Nightwing is a super hero from DC Comics.

Nightwing (aka Dick Grayson) was the original Robin The Boy Wonder and eventually went off on his own and took on a new super hero identity once he got older. This custom Air Jordan 4 was created using the Air Jordan 4 ‘Military Blue’ with some changes of course. As you can see, they feature a Black base along with White on part of the midsole and outsole. In addition, Blue accents are shown throughout while Nightwing’s logo is seen by the heel and on the tongue.

Below you can check out more images of the Air Jordan 4 Nightwing Custom by Ecentrik Artistry. For those interested in having work done by him, visit his website by clicking here. 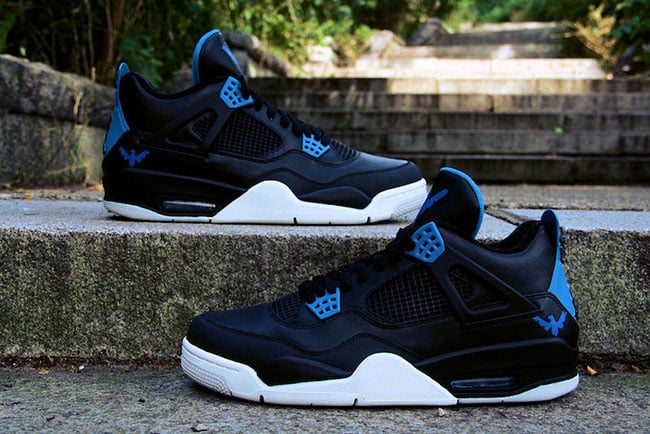 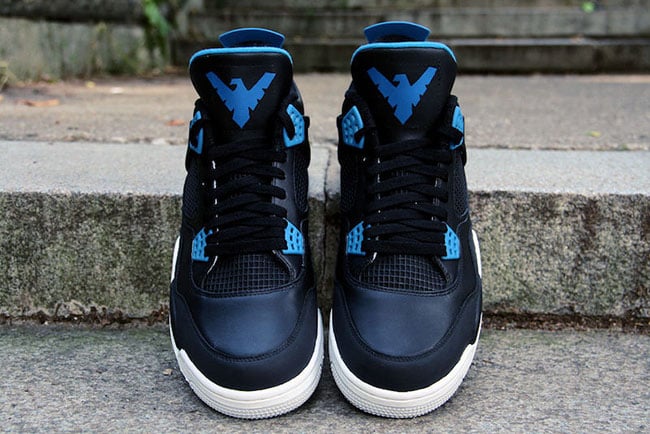 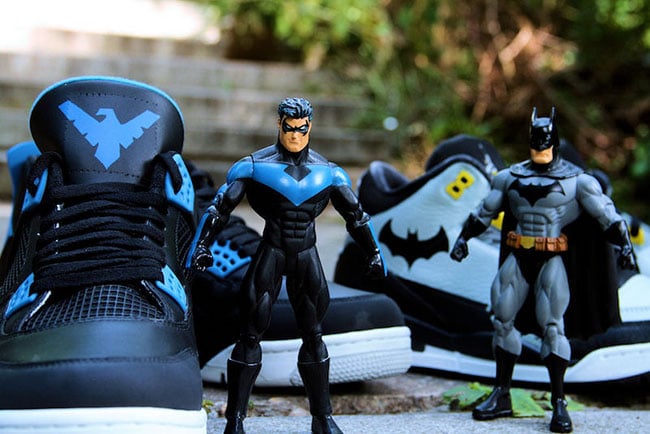