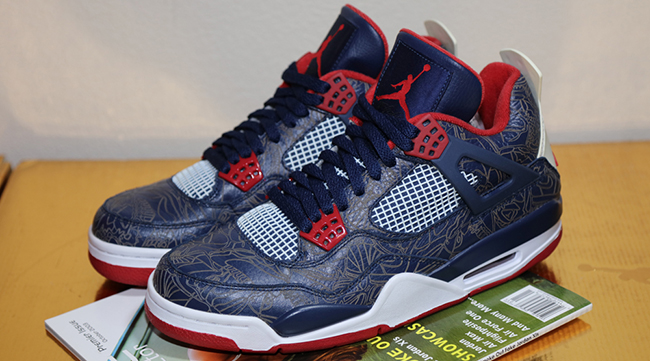 For the 2008 Olympics, Jordan Brand had designed Carmelo Anthony his own pair of the Air Jordan 4. As you may know, they never released to retailers and was a player exclusive for the now New York Knicks All Star.

The brand has used a dark shade of Blue through the entire uppers which then is placed on the laces and tongue. In addition, laser print is used through the base. Keeping the USA theme going, Red lands on the eyelets, Jumpman, liner and outsole while White hits the heel tab, midsole and netting. Other details includes a USA Basketball tag, American Flags on the insoles and August 8th, 2008 which is the day when the Olympics started.

What is somewhat odd is that the Air Jordan 4 Melo Olympic 2008 Laser is actually a size 9 and not Carmelo Anthony’s size 15. Maybe at one point the Brand thought about releasing them, or just wanted to distribute pairs to friends and family. You can check out more images below and let us know if you would buy if JB released them. 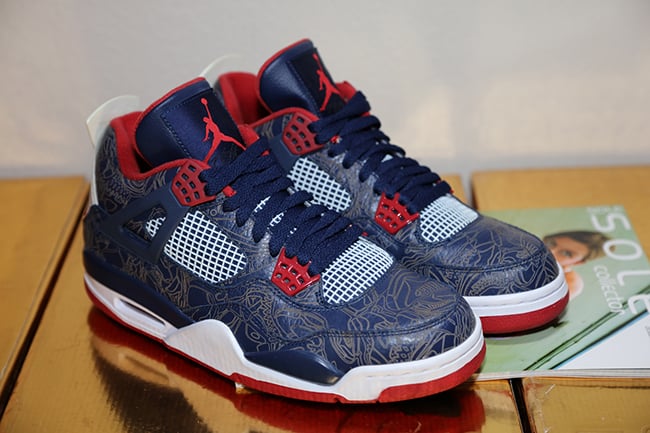 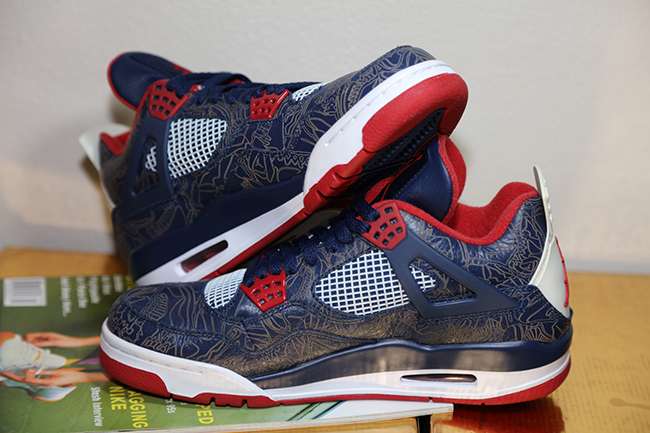 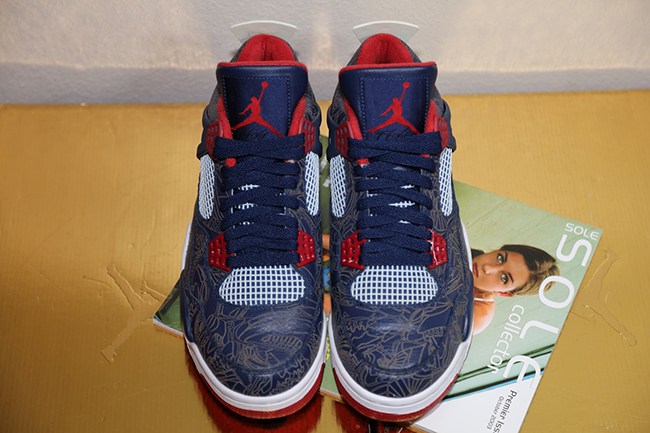 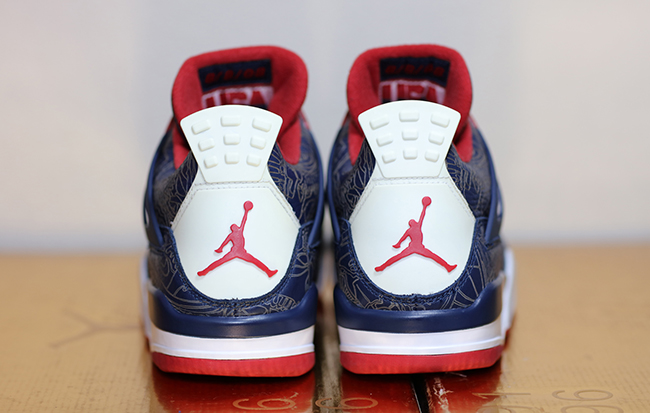 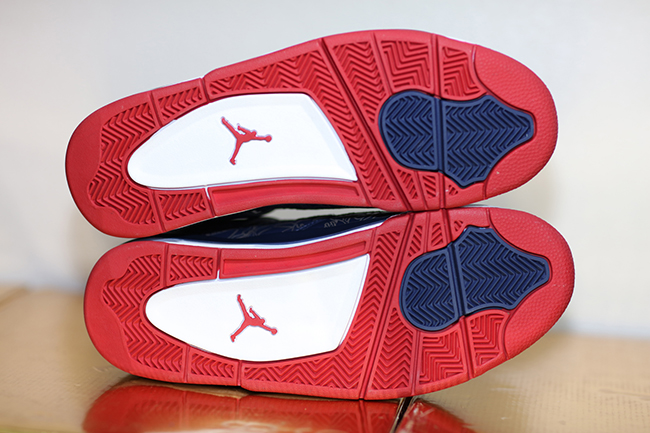 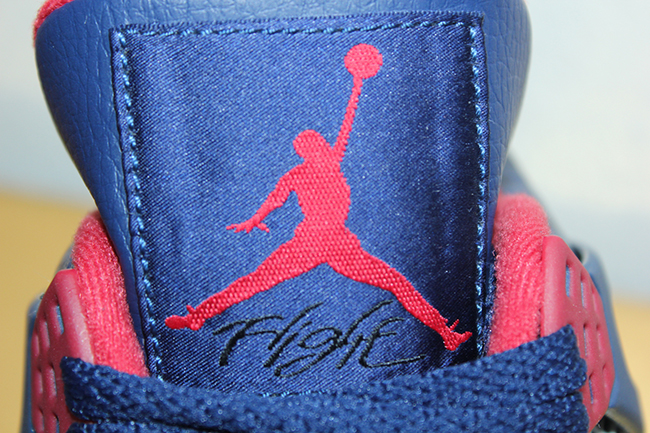 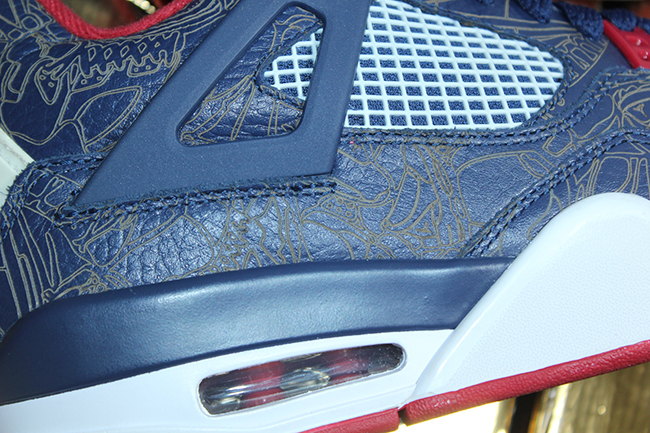 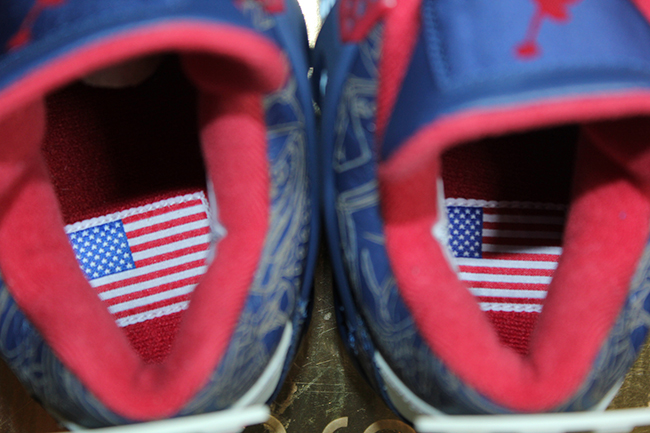 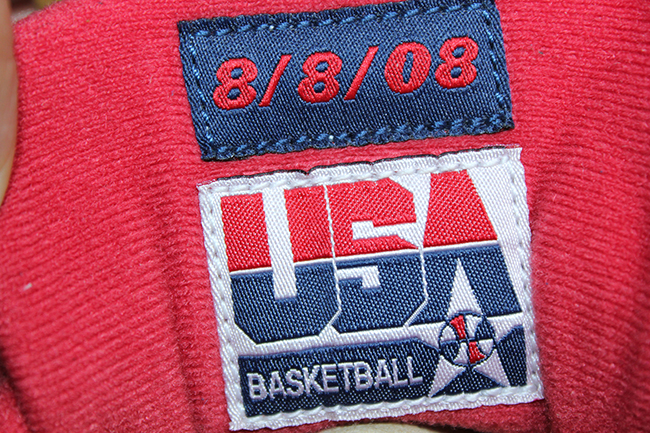