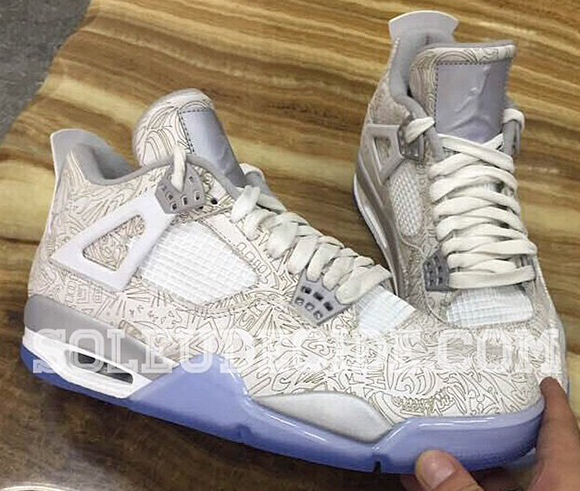 2015 is going to be a great year for Jordan Brand. We already have a list of Air Jordan 4s releasing but now add another pair as they plan on returning Laser print.

Shown is a first look at the Air Jordan 4 Laser for 2015. You might remember that JB released two pairs of laser AJ4 back in 2005. 10 years later we will have at least one more.

As you can see, the laser print stands out a bit more then the two previous releases as the base is in white. On the tongue is the Jumpman logo, but it appears to be embossed rather then sewing on a patch and uses 3M. Silver will also hit part of the midsole, eyelets and liner. We have a translucent sole which concludes the 2014 Jordan Laser 4.

We are sure more images will leak in the upcoming months so stay tuned to SneakerFiles. 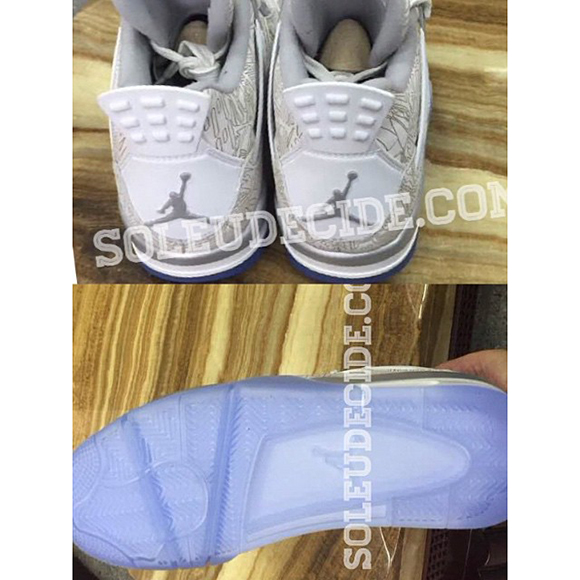 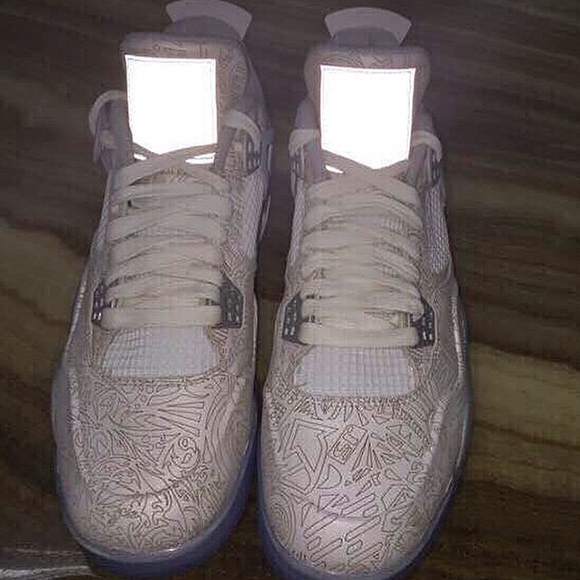