The next chapter in the Jordan Brand series will be the Air Jordan 30. Seems like it has been a long time for a signature shoe to be around, the longest to date if you are counting continuous models. We all want to see what they look like, even though some teaser images have surfaced, filters applied to the photos doesn’t allow us to actually see what they will look like.

Getting everyone hyped to see what’s to come, Jordan Brand made a short video which lets us know that the shoes will be unveiled on January 14th, 2016 which is a Thursday. Labeling the shoes ‘The Next Frontier of Flight’, we currently do not have any additional information other than the possibility of the first colorway releasing during All Star weekend.

Below we have embedded the video for you to check out and as soon as we hear of additional release details or images, we will make sure to share with you. 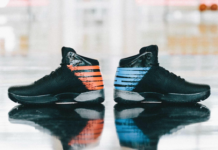 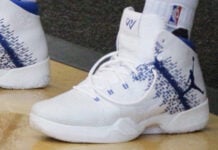