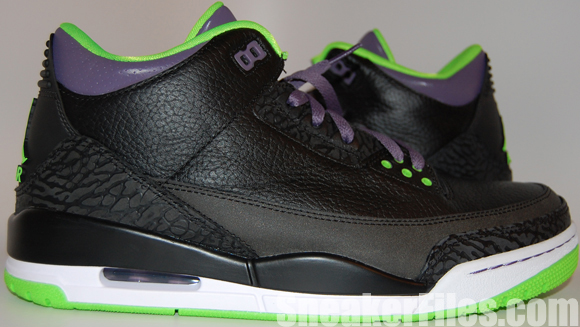 Apart of the All Star “Stealth” releases inspired by the Air Jordan XX8 we have an epic look at the Air Jordan 3 All Star/Stealth known as the “Joker”.

As you may already know, Jordan Brand is releasing several Stealth All-Star models including the CP3.VI, Melo M9, Air Jordan 1 and Air Jordan XX8. All inspired by a quote Michael Jordan said in his playing days “By the time you see me coming, it’s too late.” Giving this collection the stealth nickname.

The Joker Air Jordan III 2013 uses black tumbled leather uppers, purple around the collar, laces, sole and stitching, electric green on liner, sole/outsole, eyelets and Jumpman logo on the tongue and heel. Lastly, white is placed around the midsole.

Releasing February 16th 2013 during All-Star weekend. Retail price is $160. You can pick up a pair now at KickSole.com. 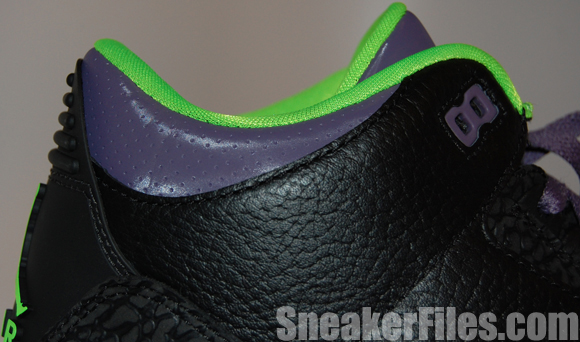 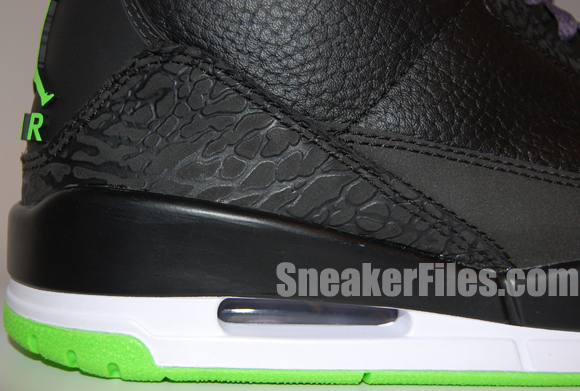 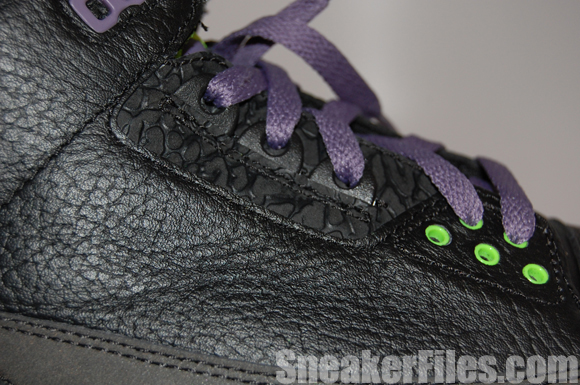 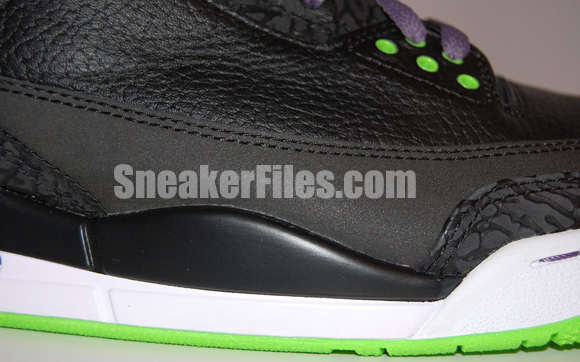 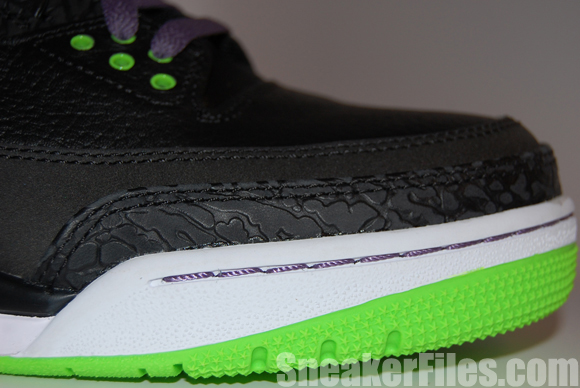 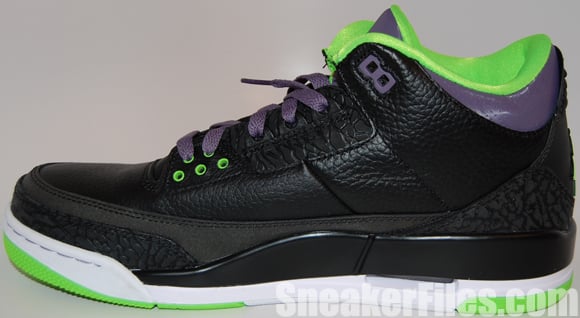 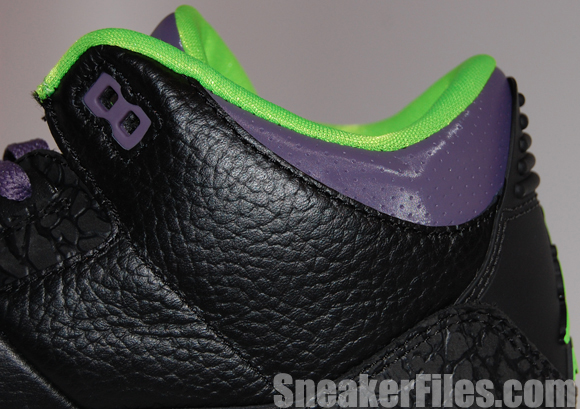 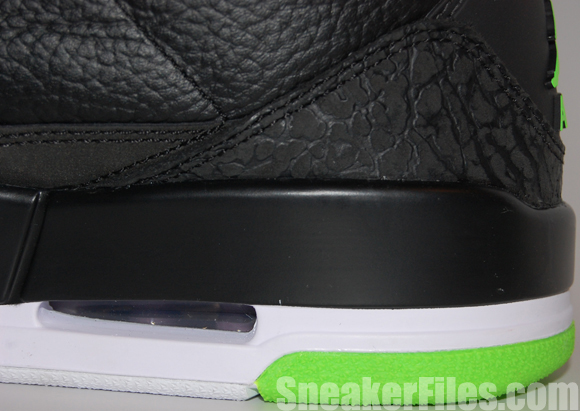 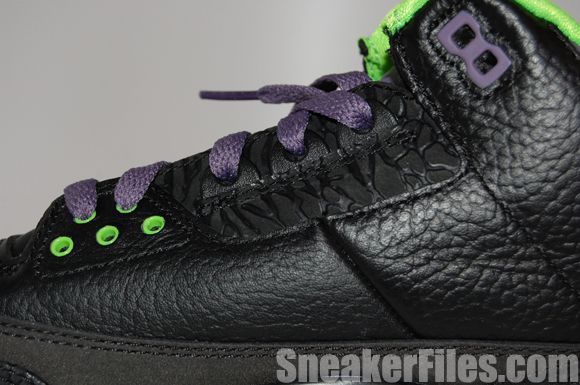 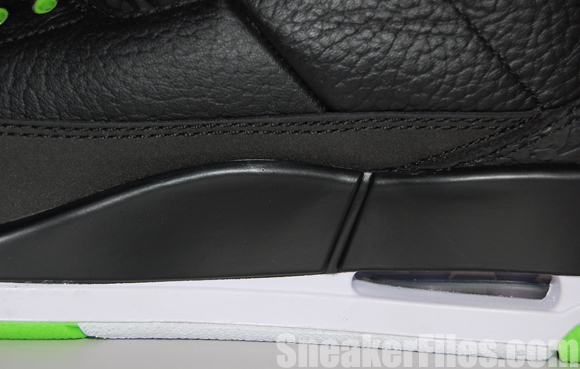 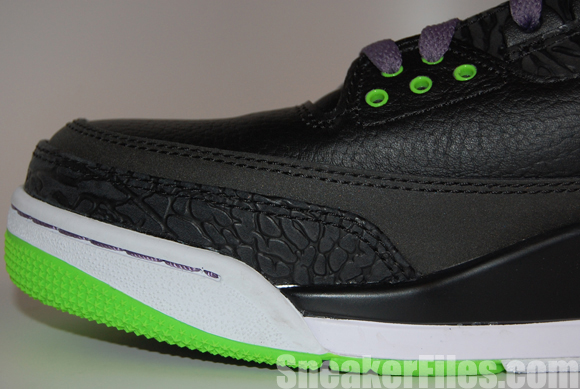 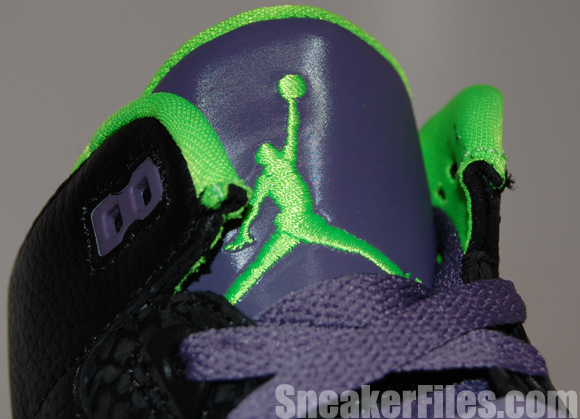 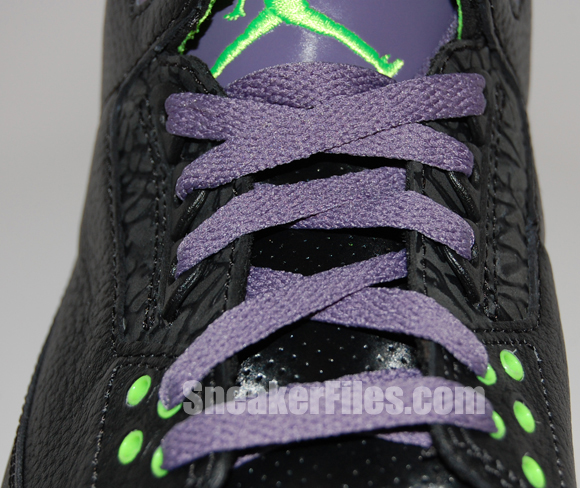 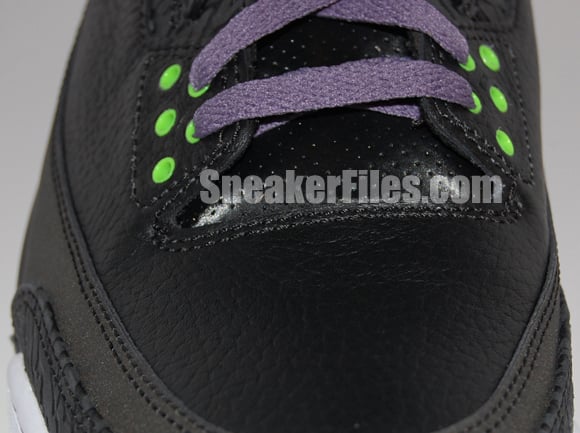 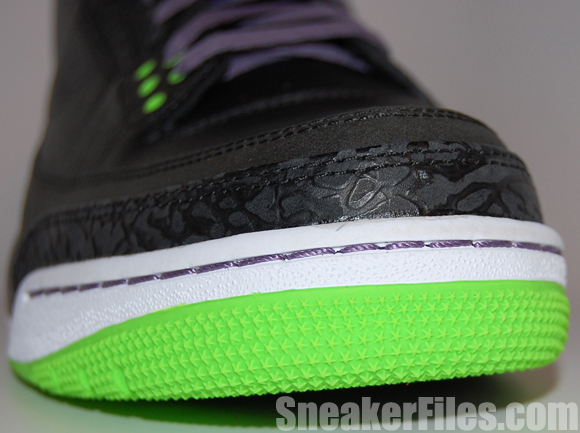 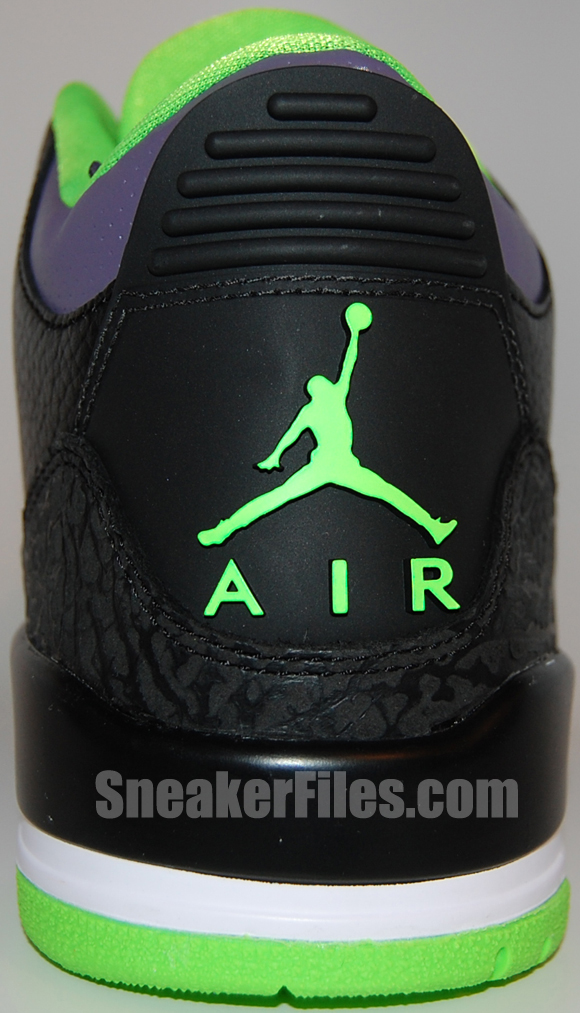 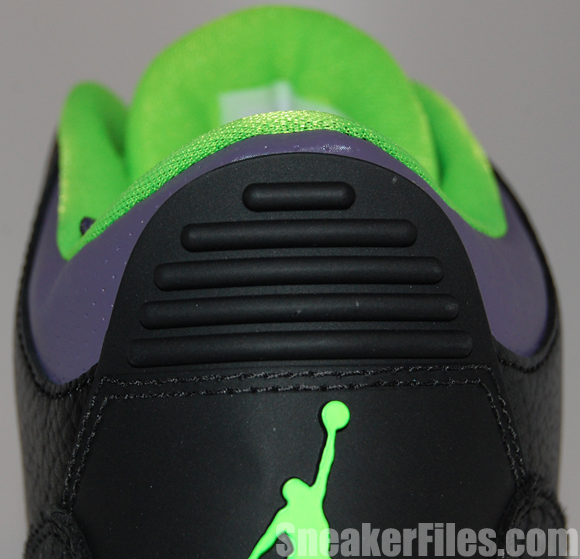 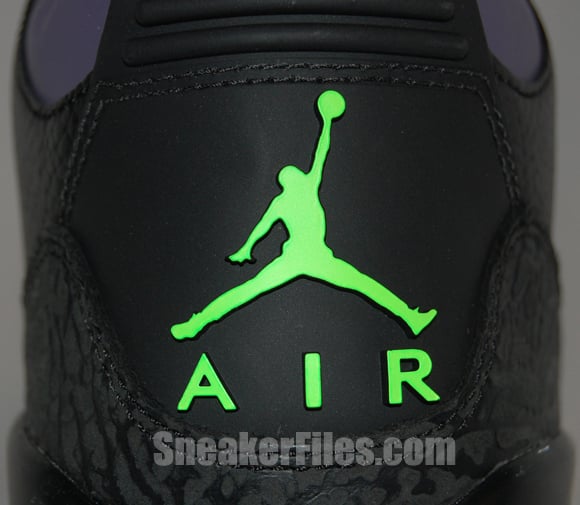 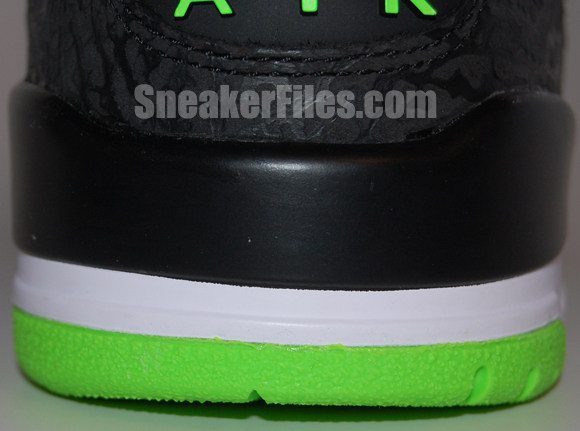 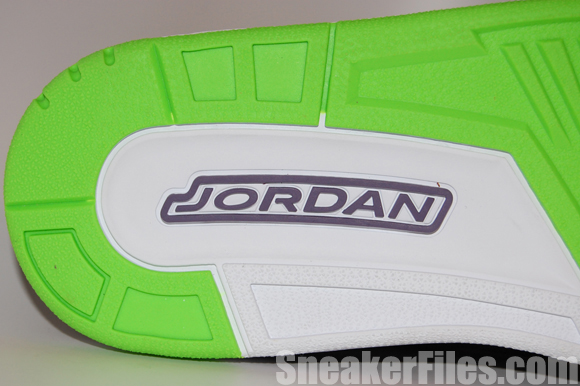 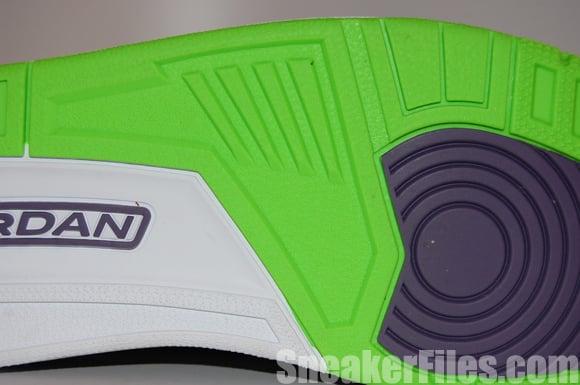 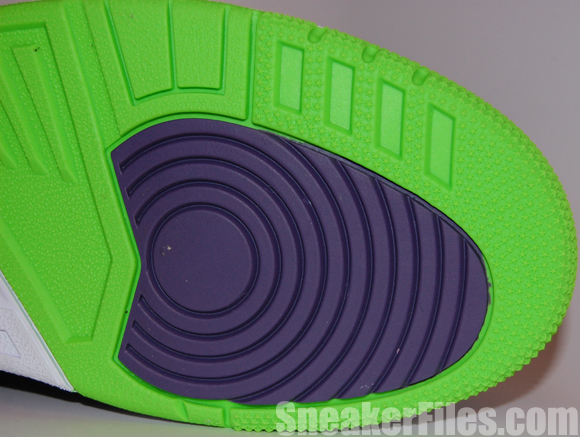 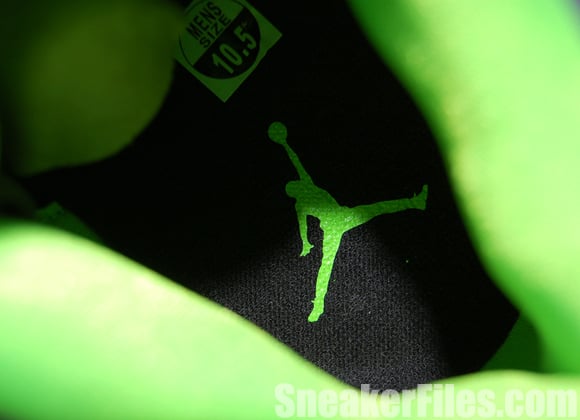 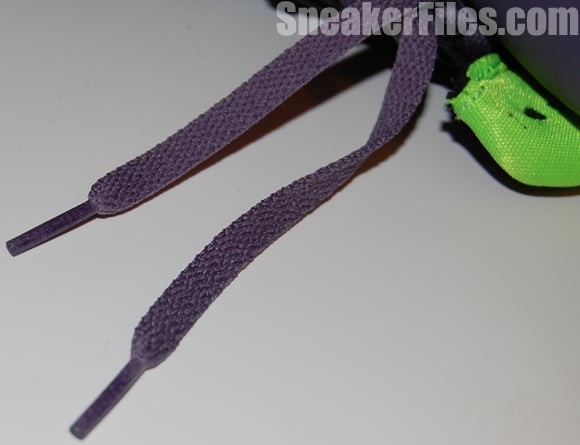