Last year the Air Jordan 2010 featured an outdoor version made specifically to be able to keep up with the rigorous beatings a sneaker takes while on the blacktop.

This year the Jordan 2011 looks to do the same with the Air Jordan 2011 Quick Fuse. Fuse tech is in place on the upper along with textured leather. Midsole and outsole are similar to the original model with the only difference being there is no interchangeable cushion system.

There is no official release date as of now but look for these to drop sometime during the Summer season. 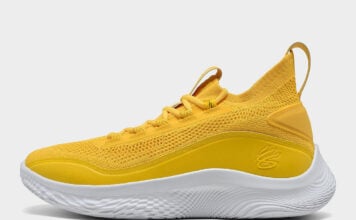