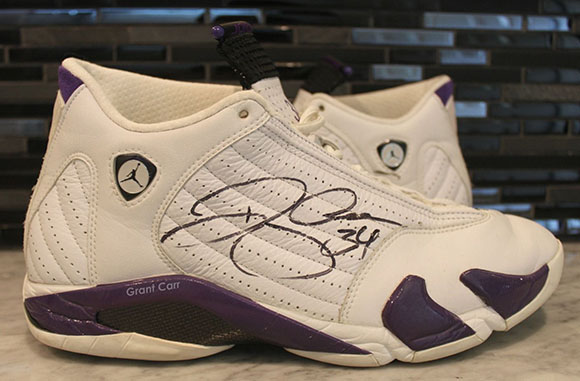 Early on in Ray Allen’s career he was wearing Air Jordan’s. Back in 1999 when he played for the Milwaukee Bucks, Jordan Brand gave him an exclusive Air Jordan 14 PE. 16 years later, the pair has hit eBay.

When Ray Allen laced up his Air Jordan 14 Milwaukee Bucks PE’s, they were the newest Jordan’s at the time. Might make some of us feel old (we know Ray does). They feature a white base and purple on the midsole, tongue and heel (at the time this was one of the Bucks colors). His number of 34 lands on the tongue and on top of it all, the pair is signed by Allen.

If you want to own the Ray Allen Air Jordan 14 Milwaukee Bucks PE, you can buy them now for $6,875 on eBay. 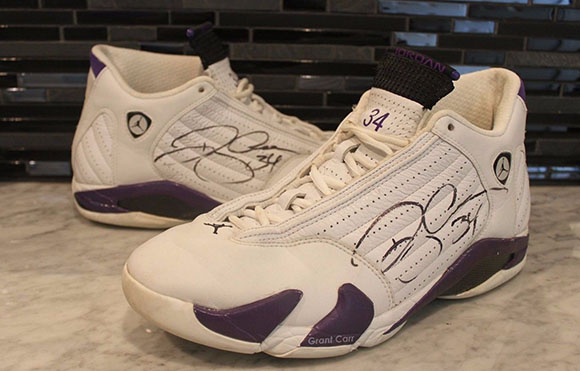 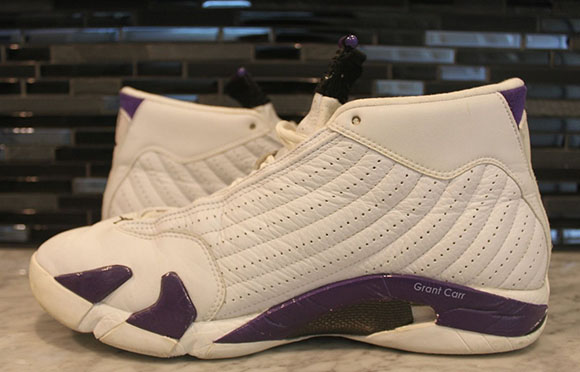 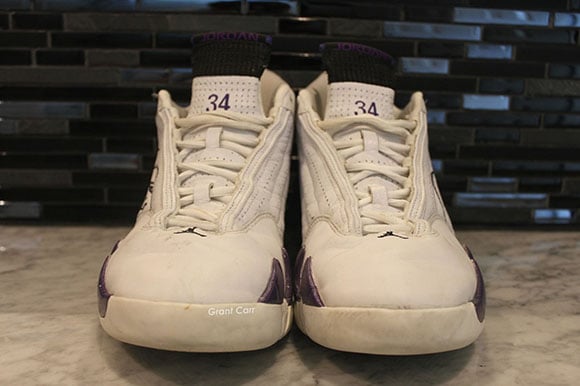 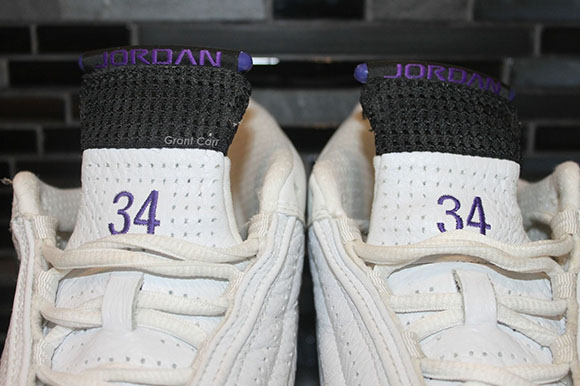 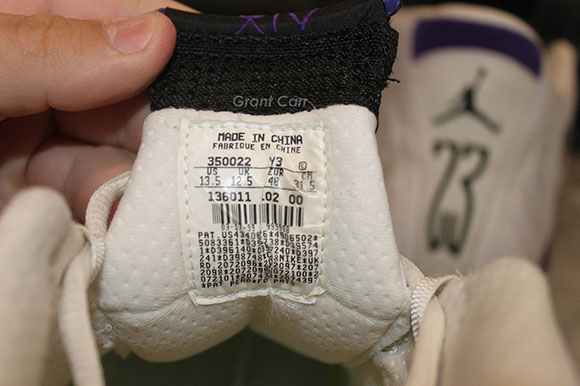 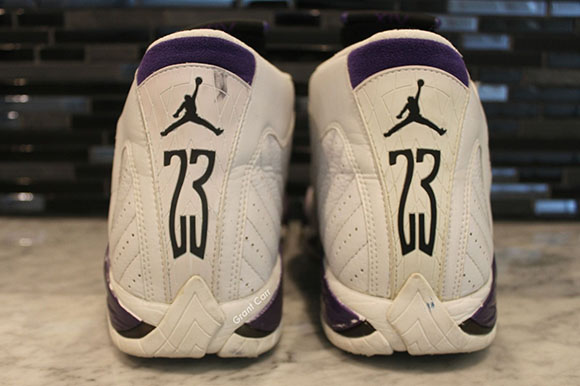 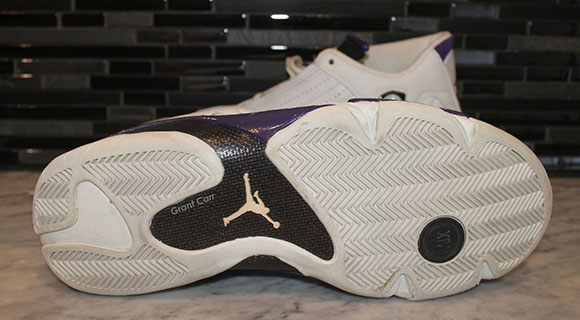