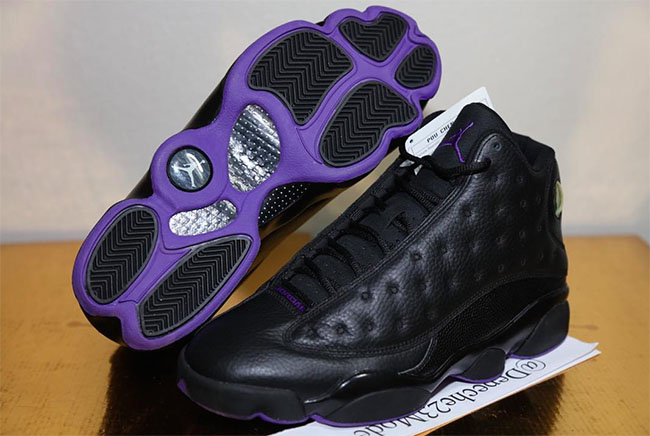 2015 brought us two pairs of the Air Jordan 13 Chris Paul PE, one for Home and Away. The Away was a general release, somewhat, while the Home only launched in China. If you ever wondered what a different variation of the two could look like, here are two samples that were made for the Clippers point guard.

Although the Air Jordan 13 CP3 released in late 2015, it appears that Jordan Brand was toying with the idea way back in 2011 which was when both the samples shown were produced. The first pair features Black with Purple highlights throughout while patent leather lands on the mudguard. Some could easily mistaken this pair for a Mike Bibby PE when he played for the Sacramento Kings. The second pair features predominate White leather which is also paired with Neutral Grey. On the outsole is hints of Purple and Teal.

Below you can check out both pairs of the Air Jordan 13 CP3 Samples. Do you think Jordan Brand should have released these, or are you happy with the 2015 release? Let us know by leaving a comment below. 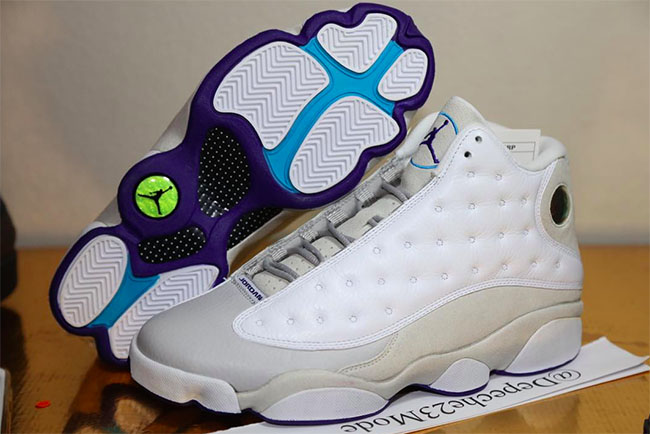