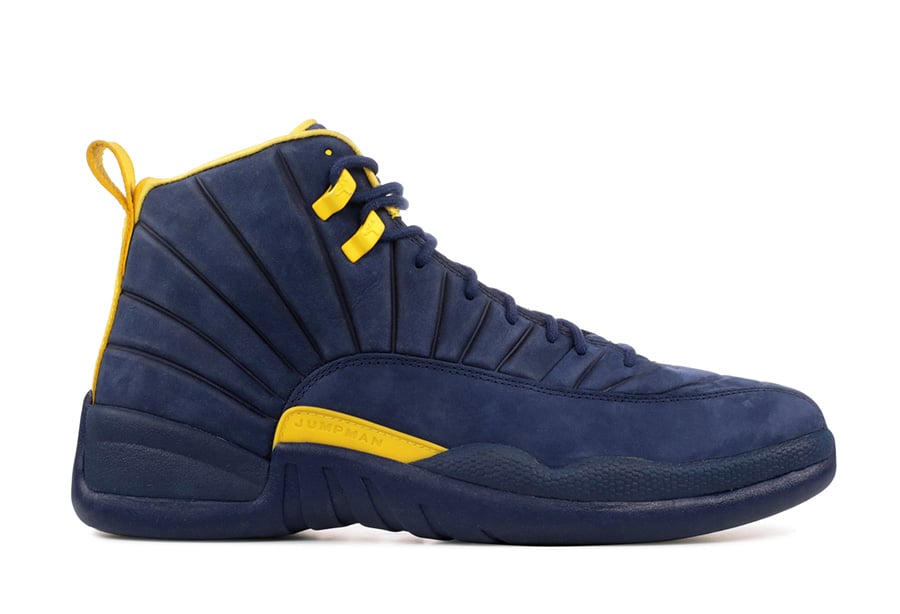 The Air Jordan 12 ‘Michigan’ will be making a retail appearance during Summer 2018. This follows the countless player exclusives we have previewed.

During November we saw images of the PSNY x Air Jordan 12 ‘Michigan’ which was dressed in the schools colors. While it doesn’t appear that will be the pair releasing, it is still possible.

The Michigan Air Jordan 12 will come dressed in a College Navy and Amarillo colorway. Expected to use predominate Navy throughout, Yellow accents and the Wolverines logo will complete the look. Currently images have yet to leak but we should get our first look very soon.

The Air Jordan 12 Michigan is expected to release at select Jordan Brand retailers on June 23rd. Retail price is set at $225. Once we have more information we will make sure to update you.

Update: After the announcement of the ‘Michigan’ Air Jordan 12 releasing on April 28th, it appears that they have been pushed back. From Hibbett Sports, they will now release on June 23rd. Make sure to check back with us for updates.

Update: The ‘Michigan’ Air Jordan 12 recently popped up on Footaction’s release calendar which shows that the release will take place on April 28th, rather than in June.

Note: Images used is not the ‘Michigan’ Air Jordan 12 release but an example of what will come. 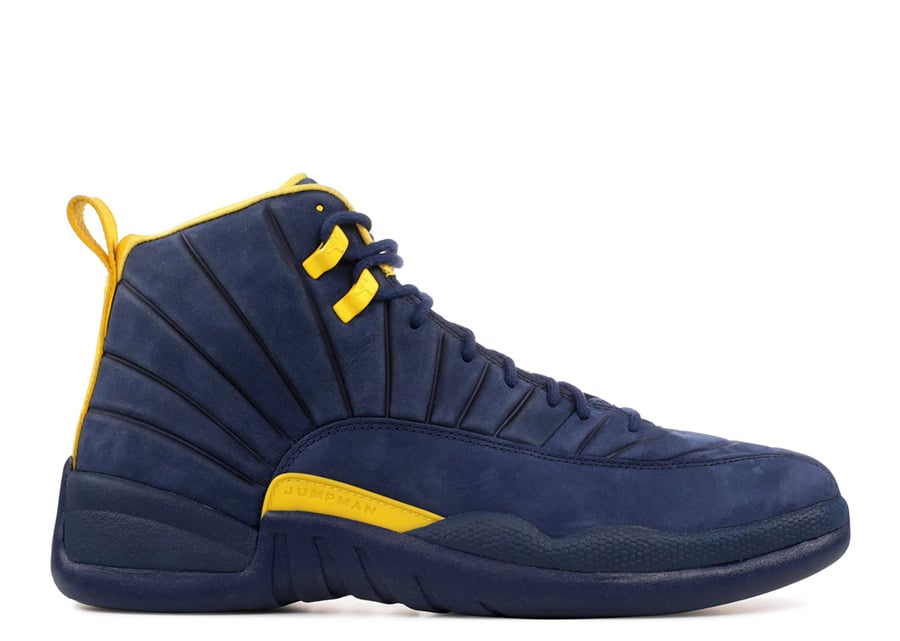 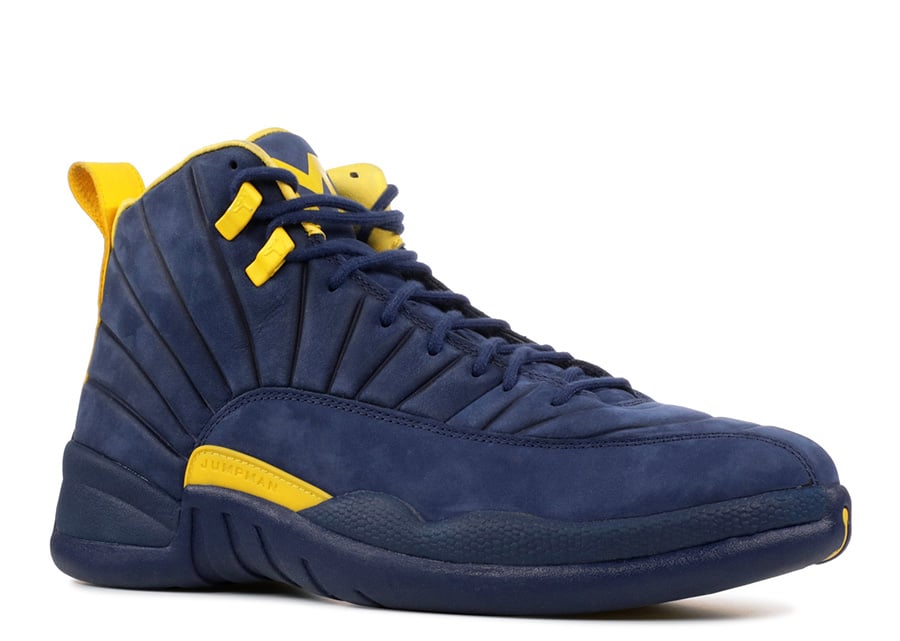 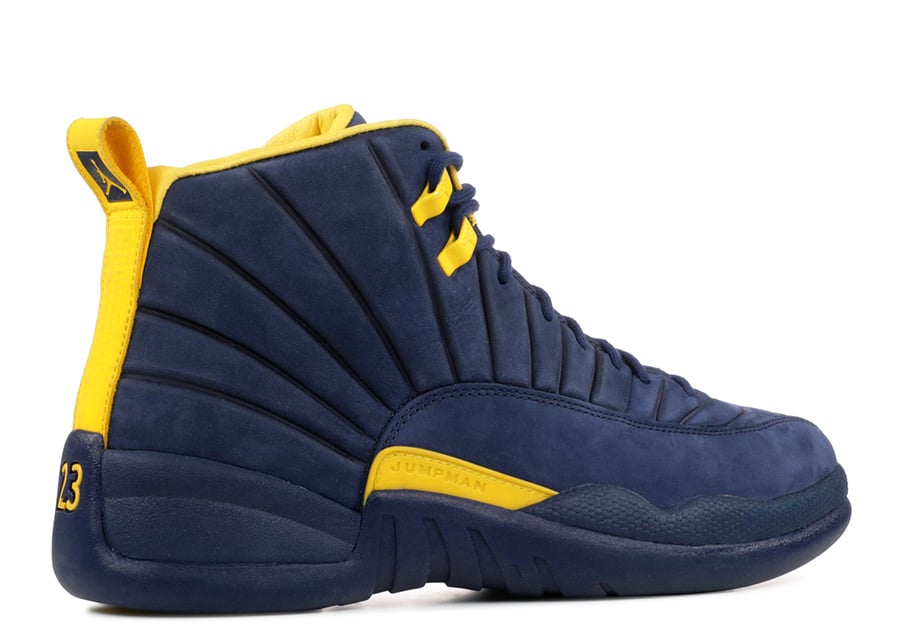 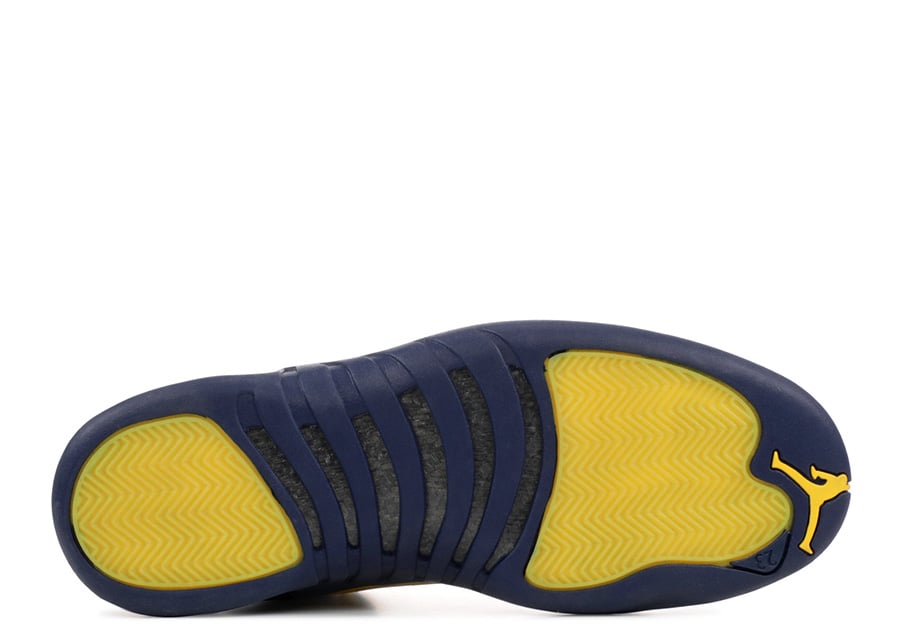 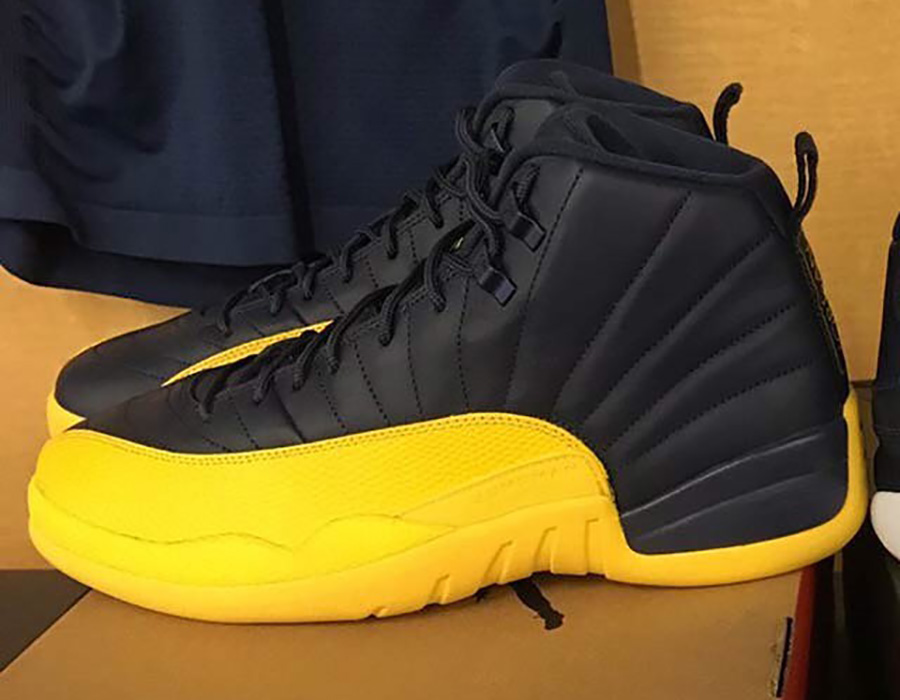