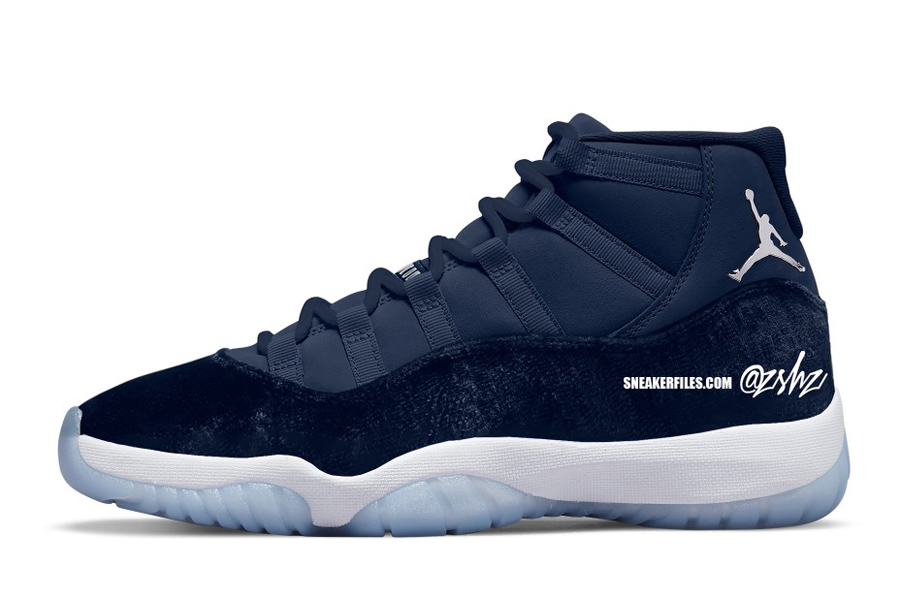 Jordan Brand will release two Air Jordan 11 colorways during the Holiday 2022 season. Recently, we broke the news that the Air Jordan 11 ‘Cherry’ would launch, and now, we have details on the Air Jordan 11 Velvet ‘Midnight Navy’ that will be available in women’s sizing.

This isn’t the first time that Jordan Brand released a ‘Midnight Navy’ Air Jordan 11. Going back to 2017, we have the first pair release, which is also known as ‘Win Like 82’.

This Air Jordan 11 comes dressed in a Midnight Navy, Metallic Silver, and White color combination. Currently, images have yet to leak. However, the pair resemble the Velvet ‘Night Maroon’ that released in 2016. Midnight Navy runs throughout while velvet replaces the patent leather and nubuck is used instead of mesh. Next, Metallic Silver appears on the Jumpman branding, and White drapes the midsole. Finally, an icy translucent outsole completes the look.

You can expect the Air Jordan 11 Velvet ‘Midnight Navy’ in women’s sizing to release at select retailers and Nike.com on Black Friday, November 25th. The retail price is $225. Once we have more information, we will make sure to update you.