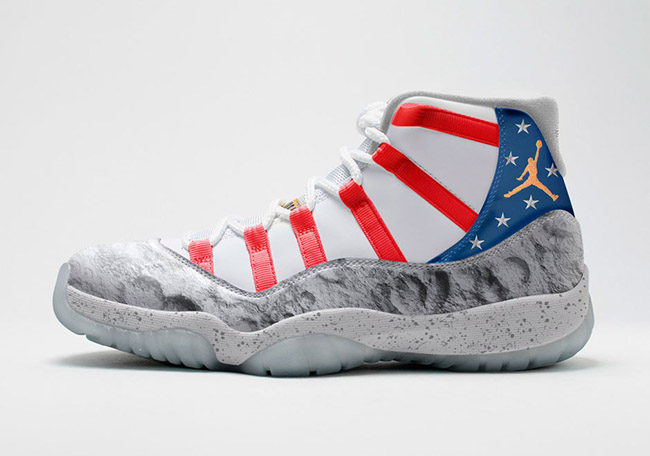 Jordan Brand has another surprise for us coming at the end of the month, yet another Air Jordan 11 to debut. Doing something totally different from what we have ever seen to release is the Air Jordan 11 ‘Moon Landing’.

Going with a USA theme, this pair of Jordan 11s feature white on the uppers along with red stripes. By the collar is blue while white stars flow through and a gold Jumpman logo is used. Furthermore, through the patent leather is a print from the moon and right below it is a cement speckled overlay. The last detail is a translucent outsole which completes the look.

Alright so we know most of you don’t actually believe it and thought maybe this was a custom done, but if you guess a Photoshop then you got it right. Sivasdescalzo has created a page on their website with a countdown to their ‘release’ which will take place on December 28th, 2015. You know what else lands on that day? Spain’s version of April’s Fools Day which is known as Día de los Santos Inocentes, so yea this is a joke.

The best part is, the store had a lot of people fooled earlier in the day and thought JB was actually releasing the ‘Moon Landing’ Air Jordan 11. Glad to see the shop has a sense of humor and if you want to see more of Photoshop images, keep scrolling. 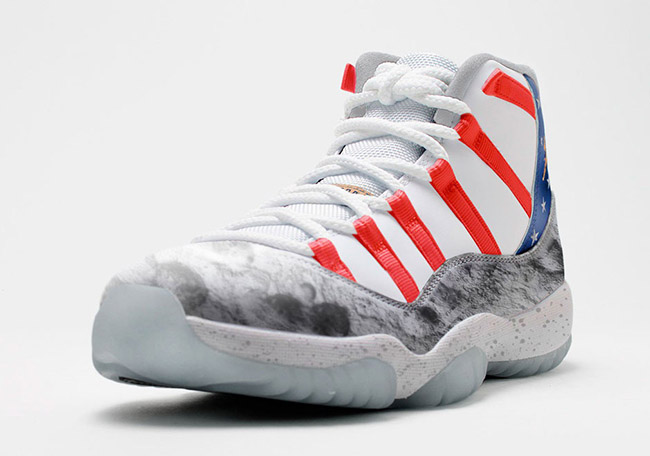 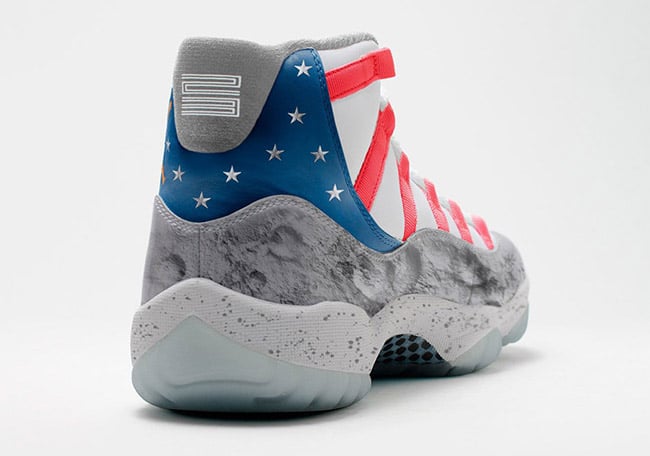 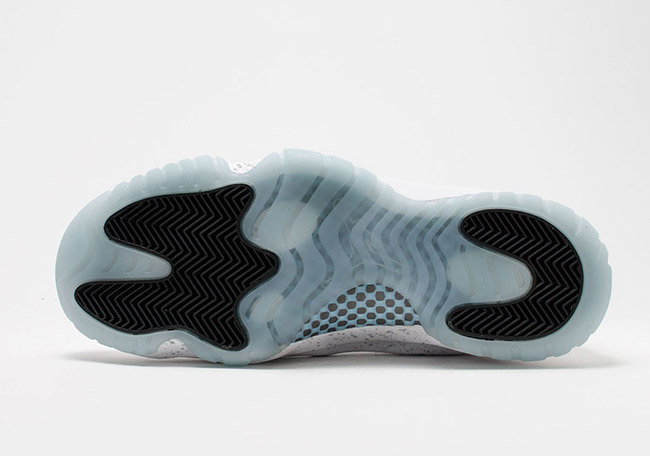