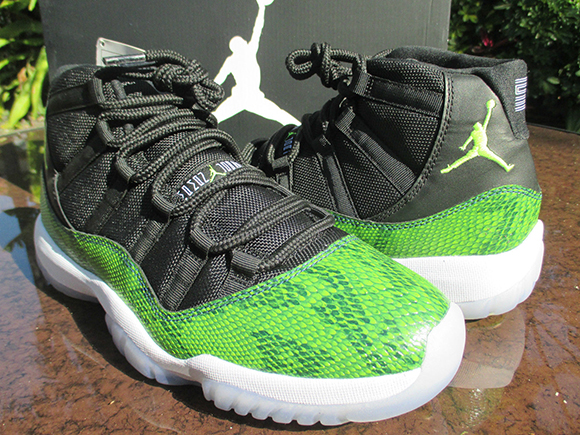 You might remember in 2014 that Jordan Brand dropped the Air Jordan 11 Low green snakeskin, but what most didn’t know the shoes were planned for a mid release. We showed images sometime back, but now this new look has us wishing JB dropped the mids.

According to the auction, there are only three pairs of the Air Jordan 11 Snakeskin in existence. They are also a look see sample, which makes the statement true (very limited amounts are made). Everything is the same between the lows and mids, except for the extra material around the collar and the Jumpman being moved from the heel to the side.

If you would like, you can head over to eBay and obtain them for a ‘Buy it Now’ price of $6,499.99. Do you think Jordan Brand should have dropped the Green Snakeskin mids over the lows? 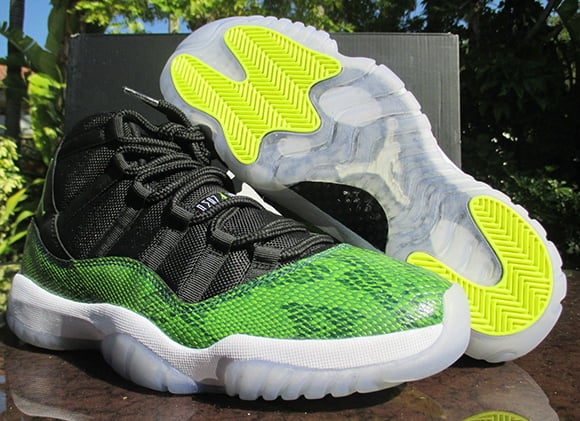 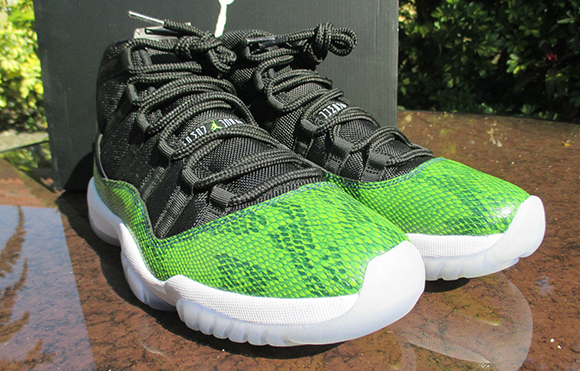 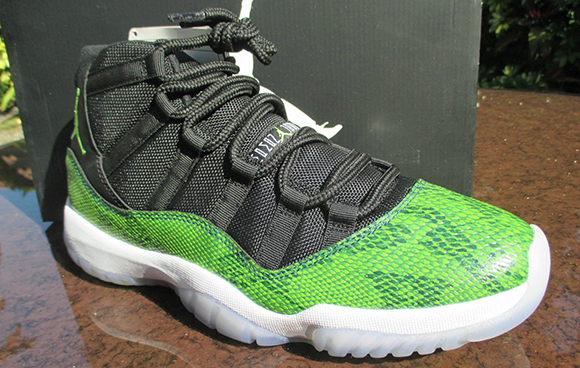 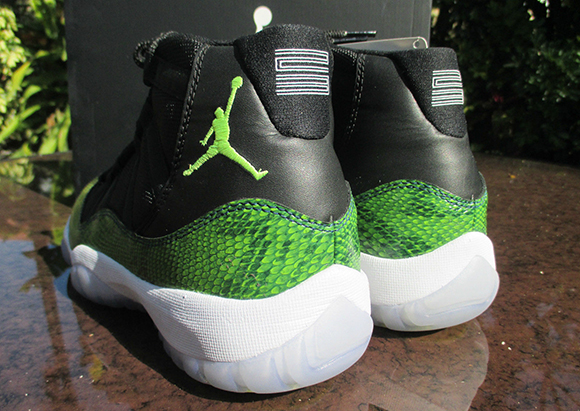 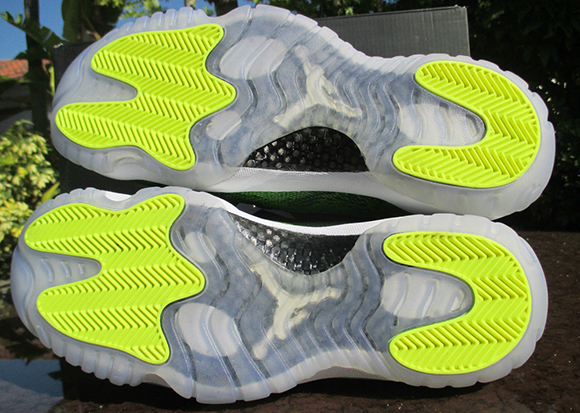 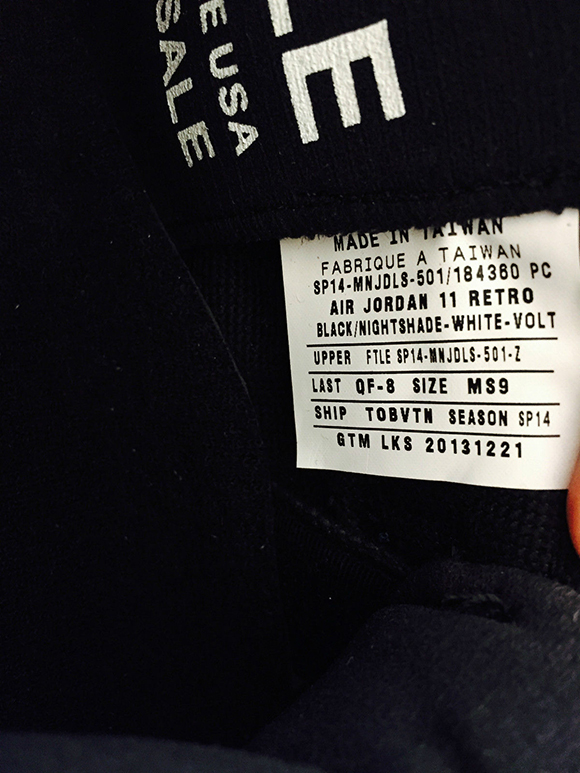