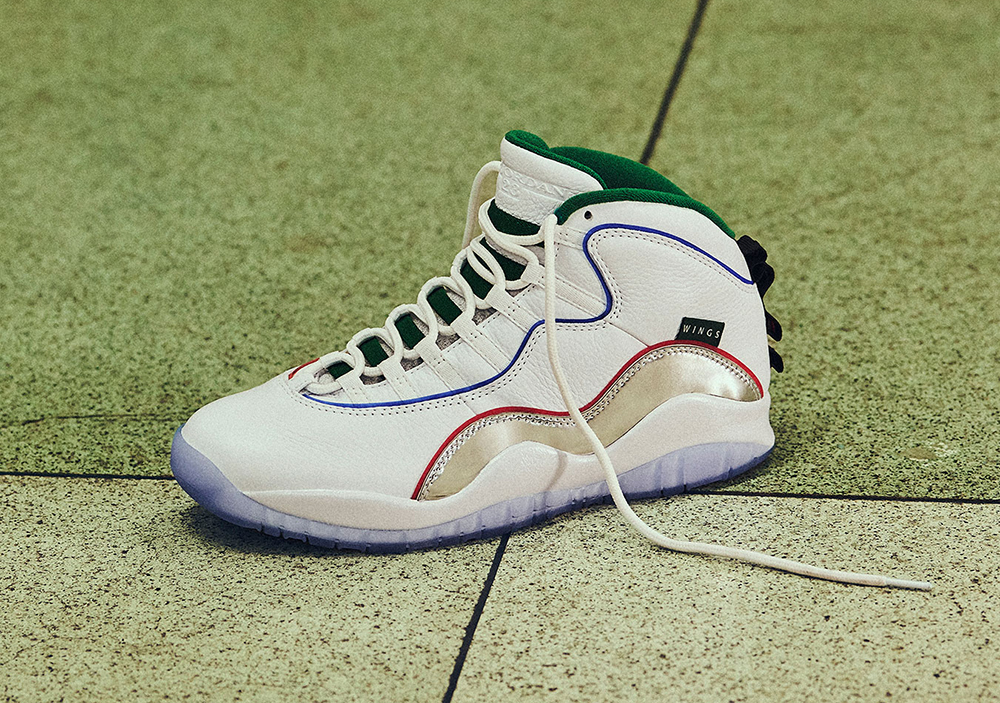 The Air Jordan 10 ‘Wings’ will be the 2020 release part of the annual Wings collection that employs the power of education to aide in helping the youth unlock their greatness.

Releasing during All-Star Weekend and is part of the 8×8 Collection, this Air Jordan 10 was designed by four students in Chicago who goes by Embarc, Enlace, Link Unlimited and Little Black Pearl. In addition it features all eight colors of Chicago’s transit line.

This Air Jordan 10 features White leather across the upper while Pink, Black, Yellow, Blue and Purple land on the pipping. In addition we have Silver on the mudguard overlay, Green used on the liner while Pink, Green, Orange and Yellow embroidered dots land on the heel pull tab. On the lateral side we have a label that reads ‘Wings’, a translucent rubber outsole is used while a Green Jumpman and Wings branding completes the look.

You can expect the Air Jordan 10 ‘Wings’ to release at select retailers including Nike.com on February 12th during All-Star Weekend. Retail price is set at $190. For now you can scroll below to check out more photos for a closer look. 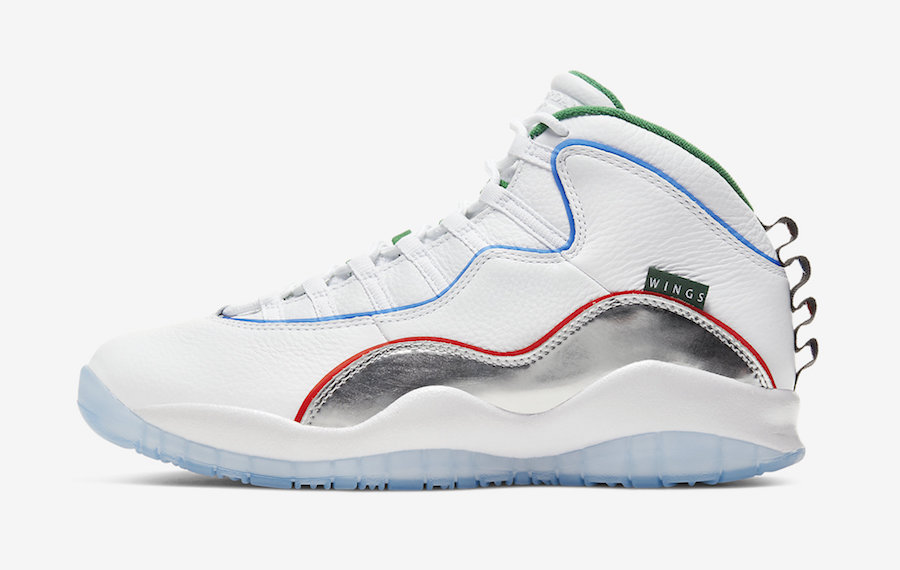 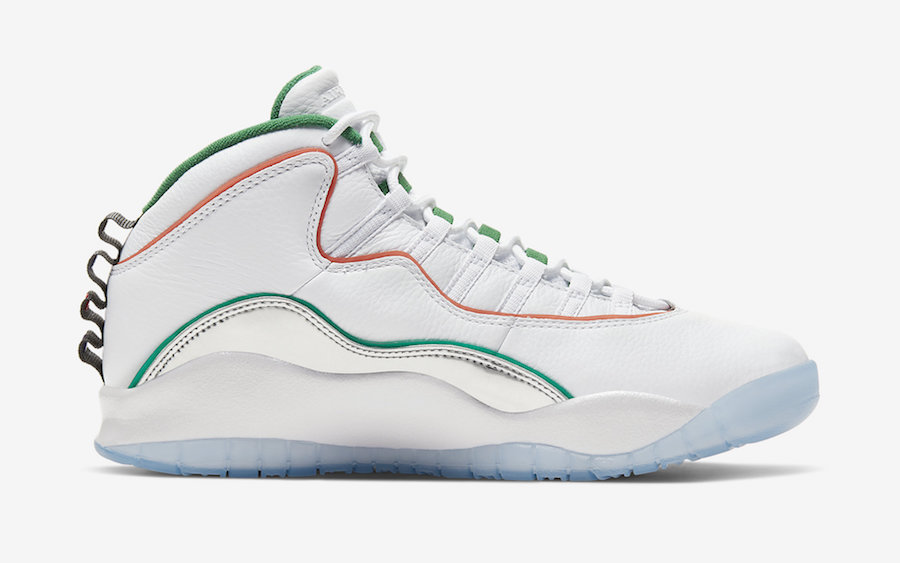 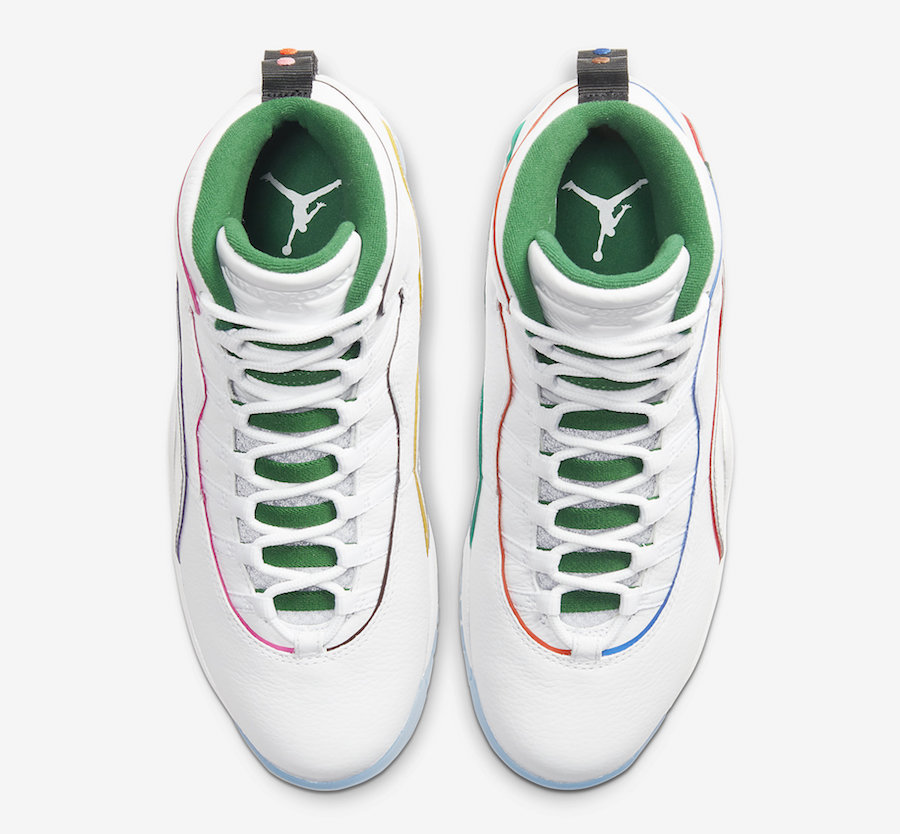 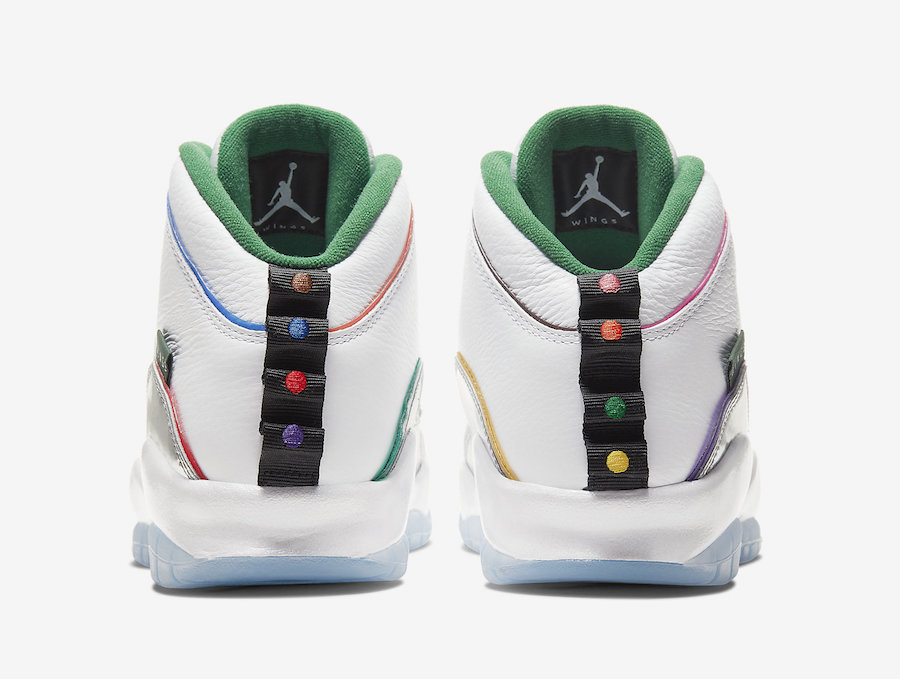 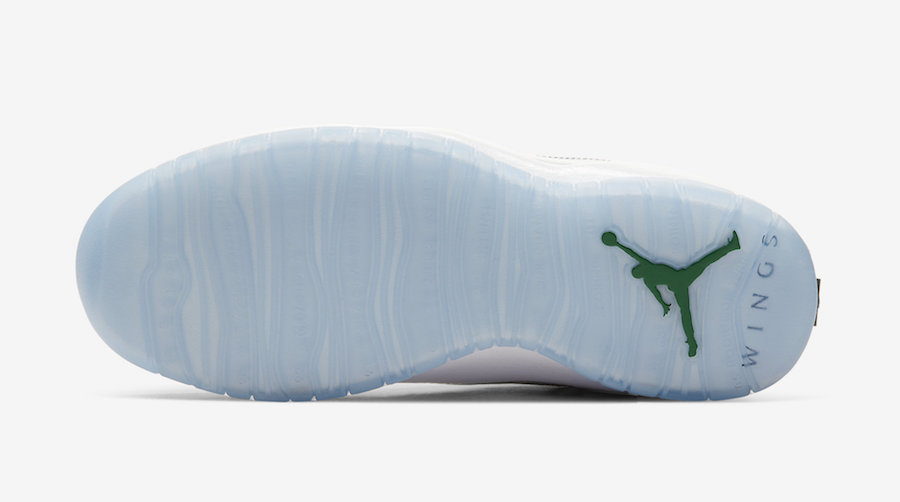 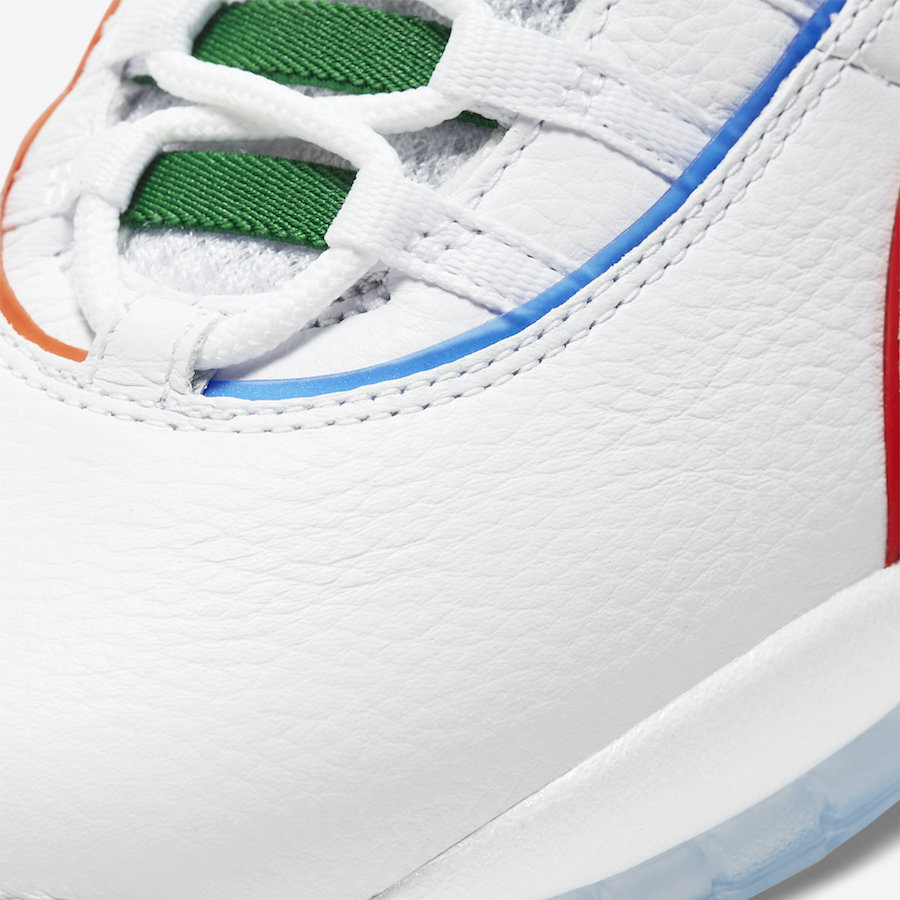 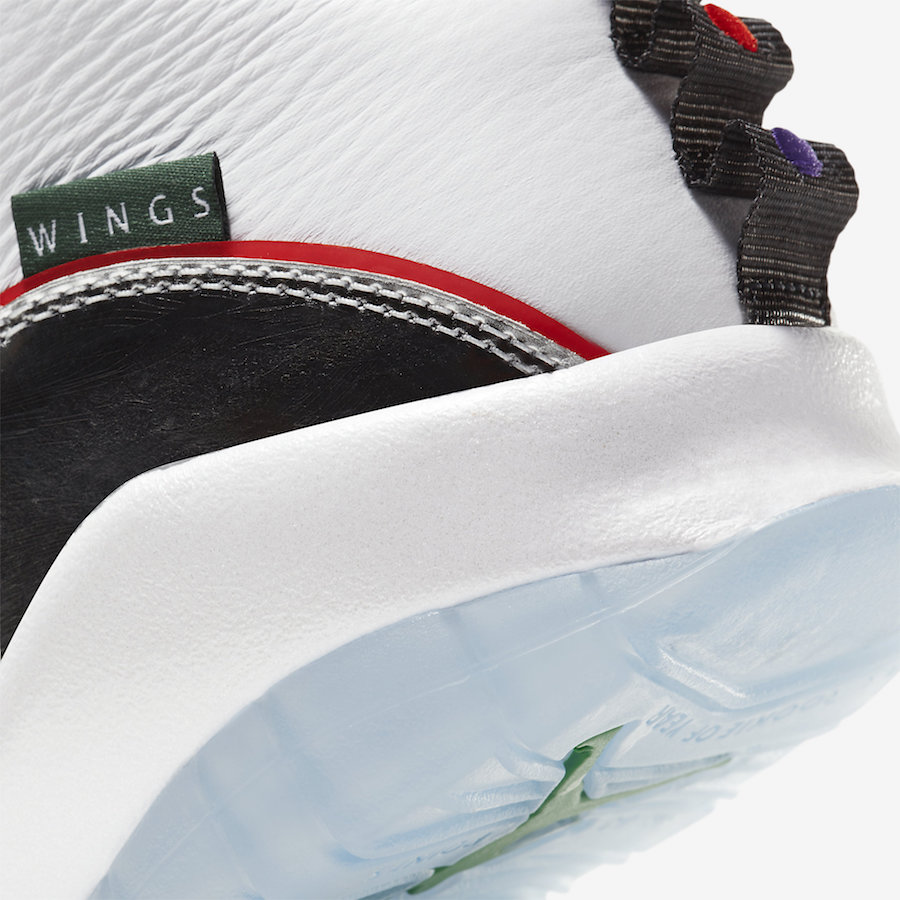 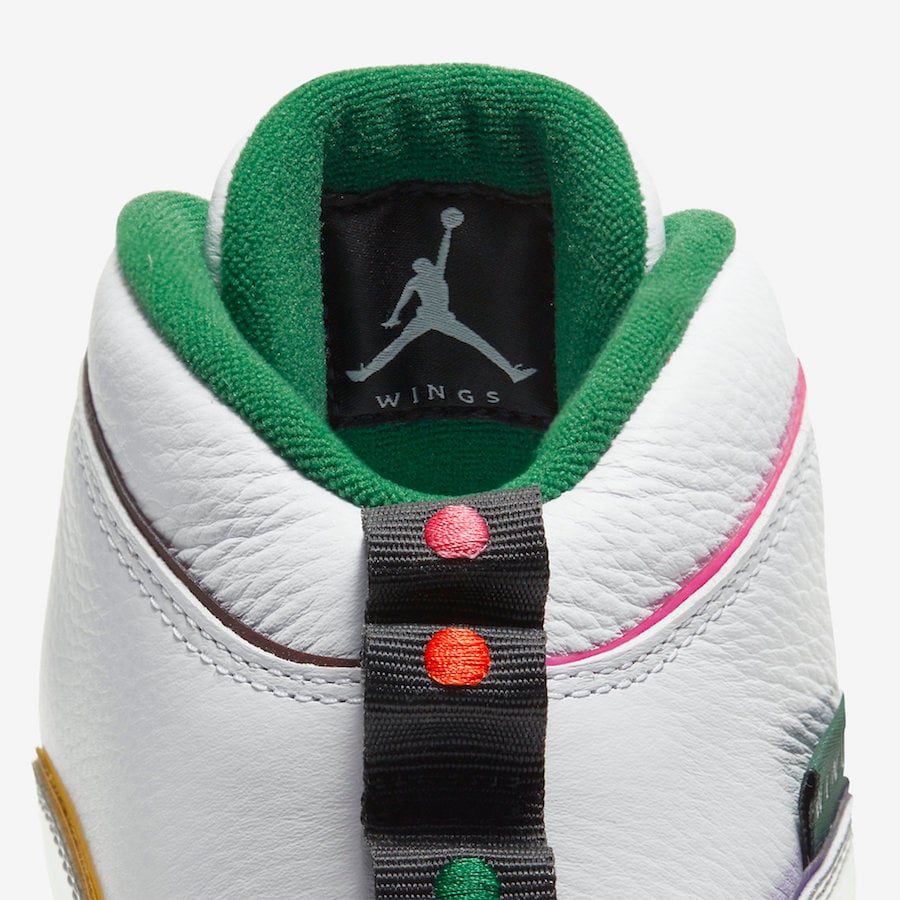 Update 1/9: New photos of the ‘Wings’ Air Jordan 10 has arrived via zsneakerheadz and upcycle.sneaks. A release is expected to take place during April 2020 for $190. They will also come with a special box which has cement print throughout and a large rose. 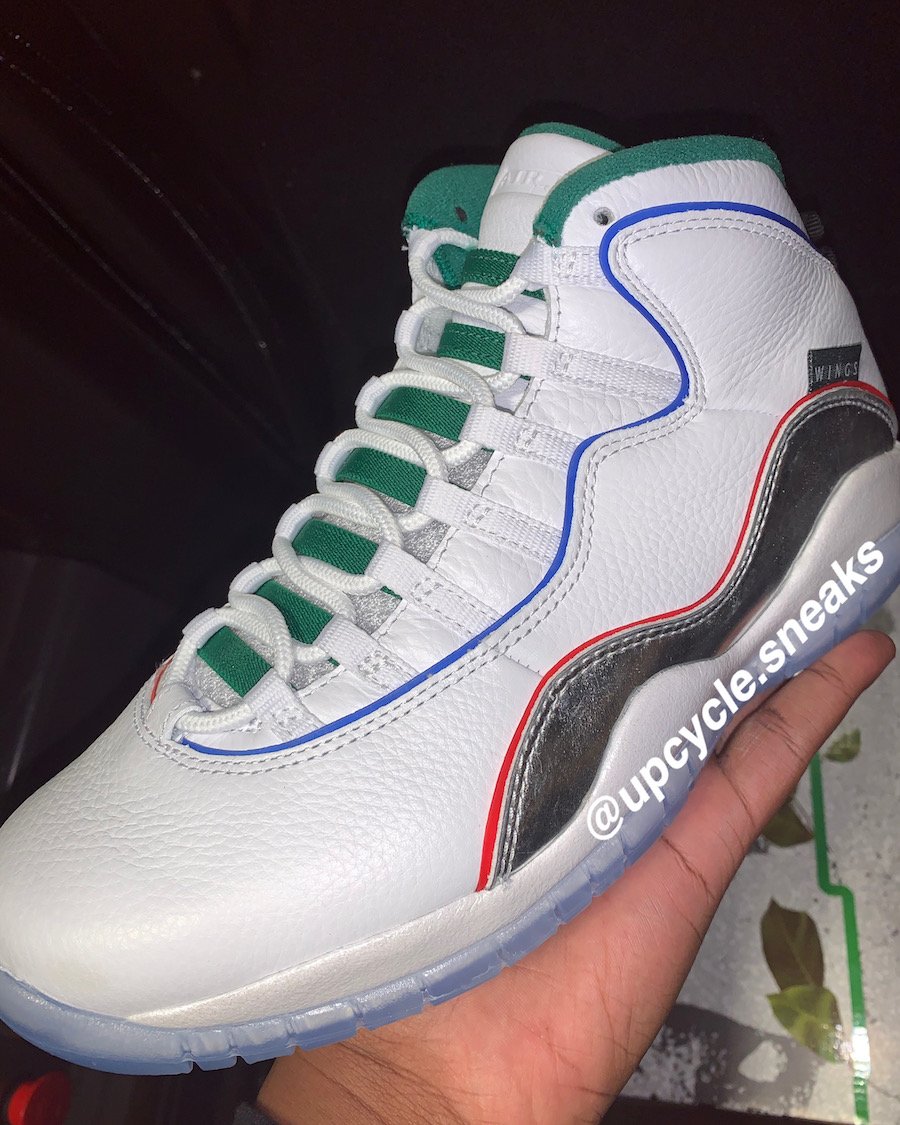 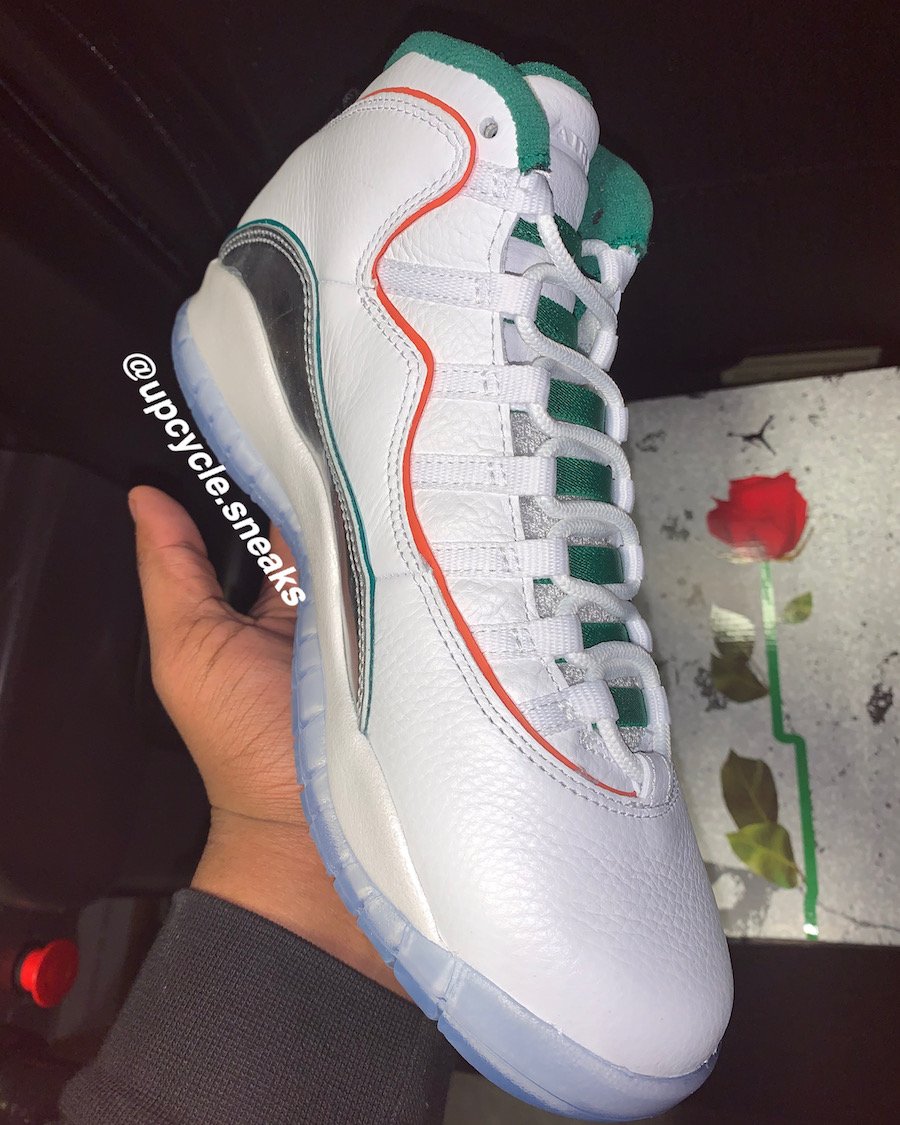 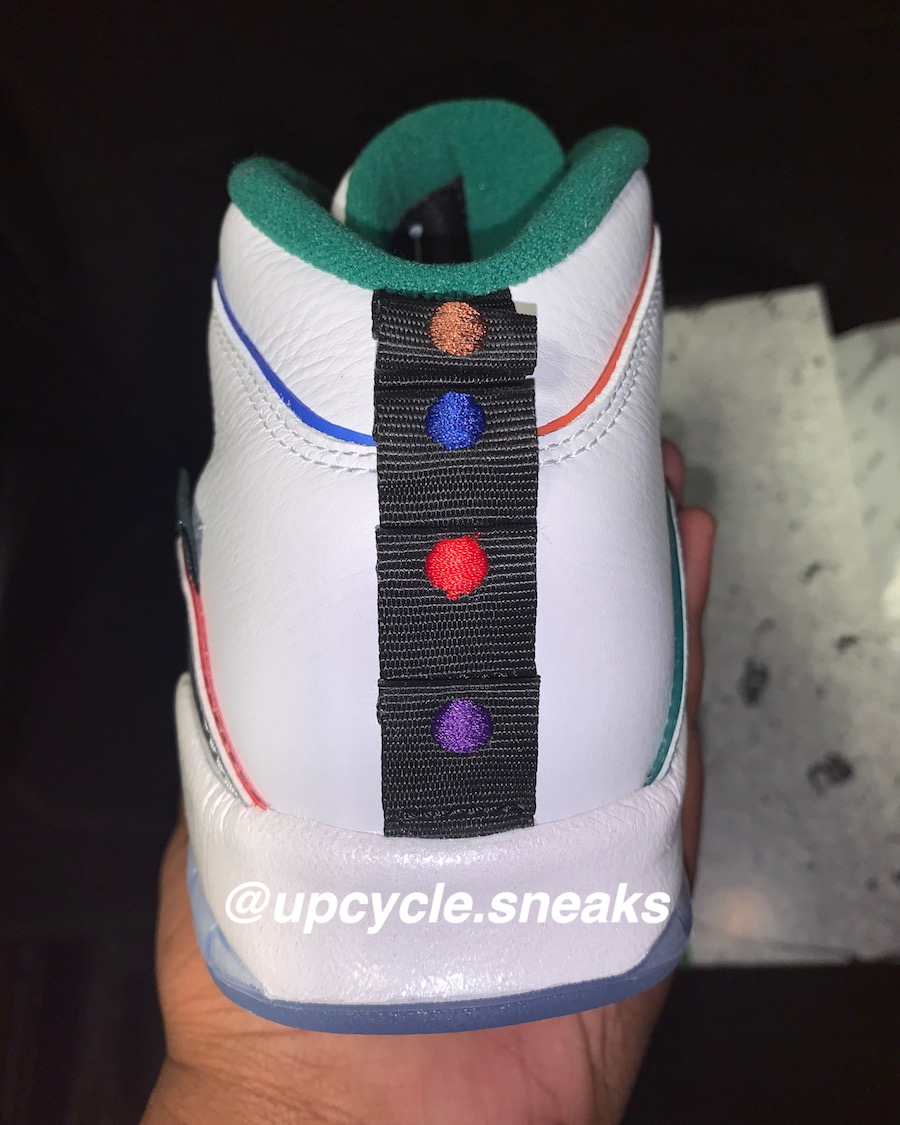 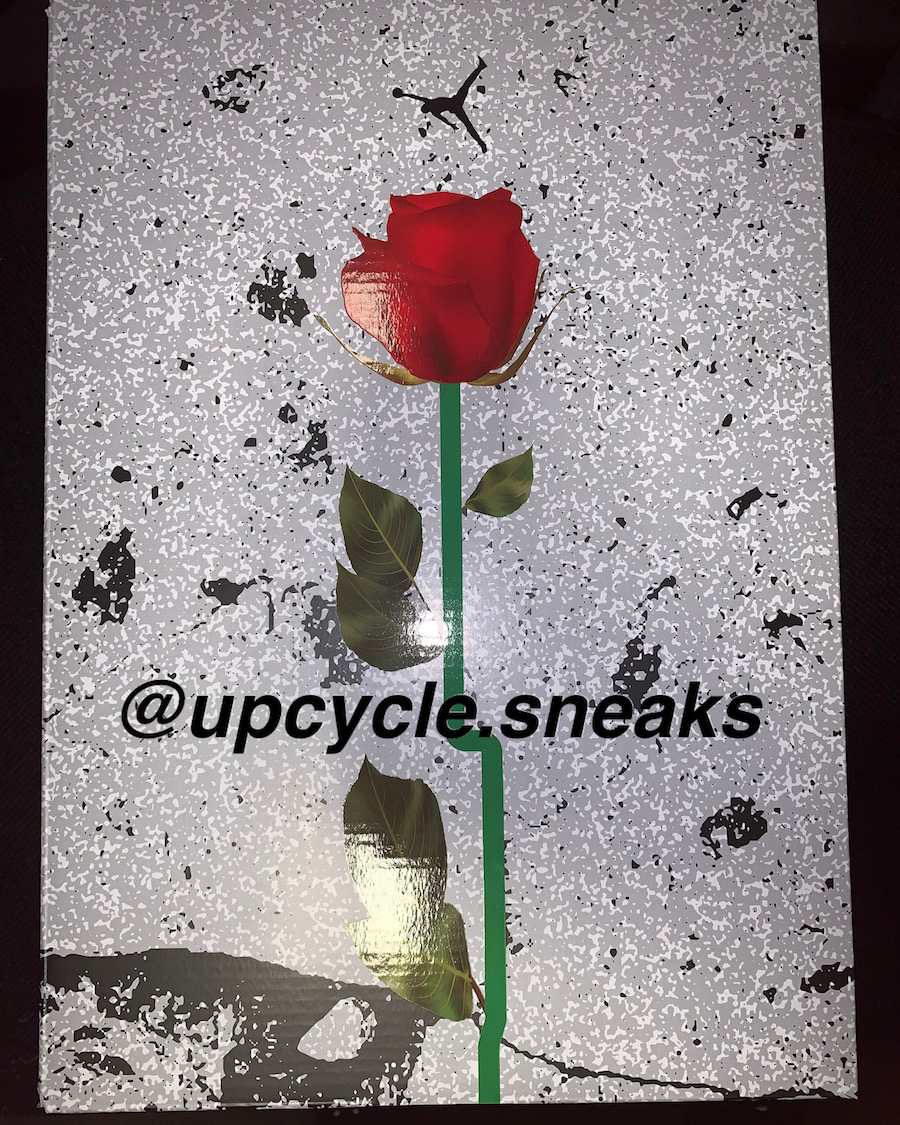 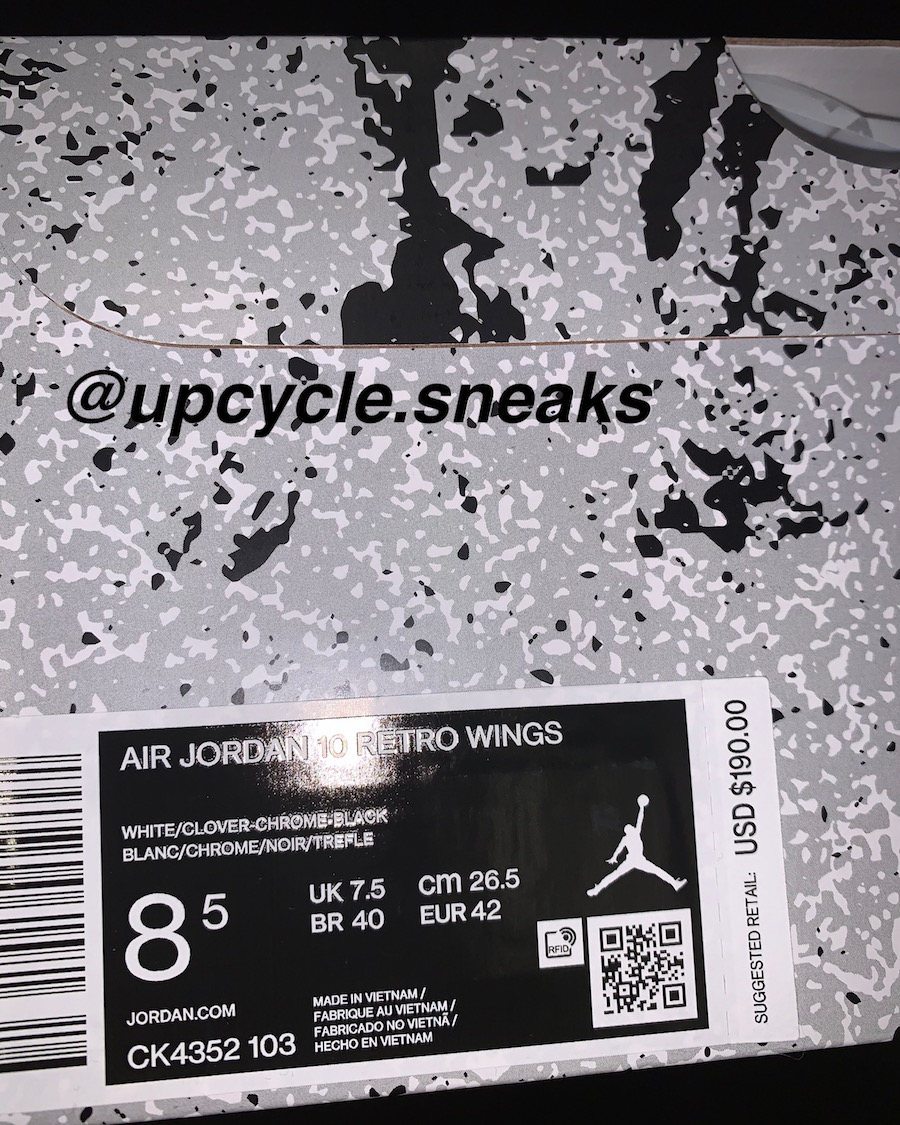 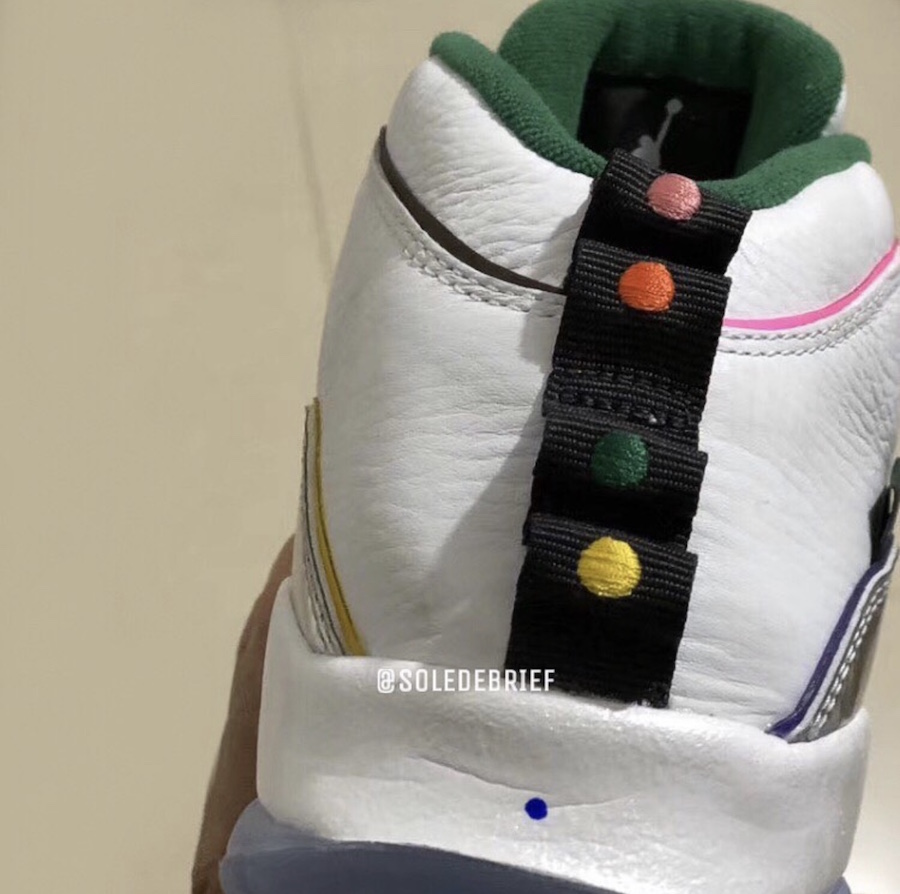 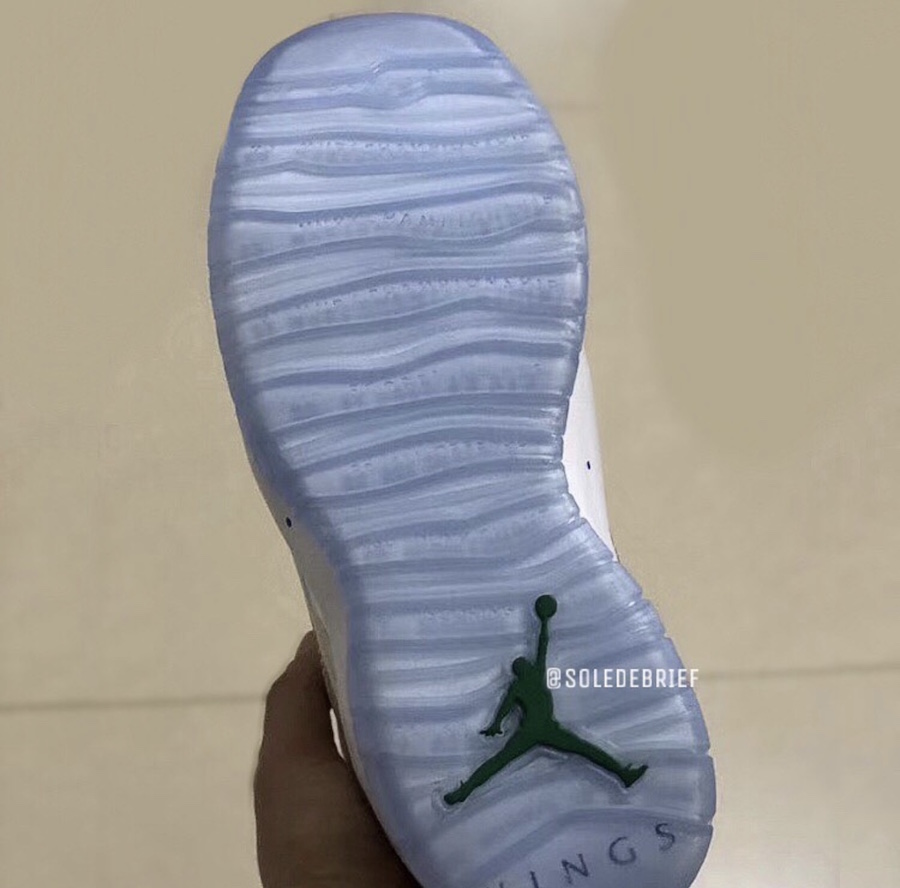