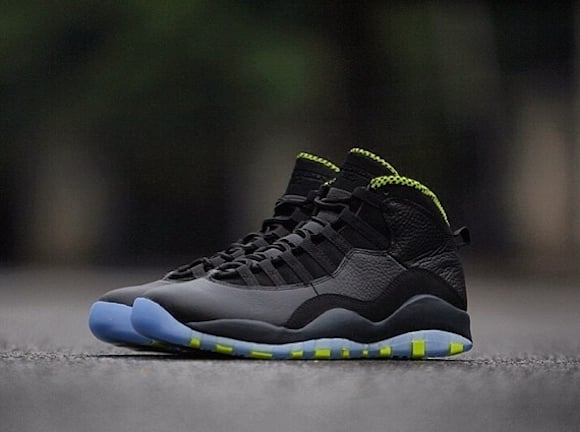 When Jordan Brand dropped the XX8 Days of Flight contest on the sneaker world, Jordan heads the world over snapped pic after pic of themselves in their J’s in a futile attempt to win one of the 28 pairs gifted to a few lucky winners. If you weren’t one of the 27 people who won a pair (this guy won twice; seriously…), scooping a pair of the Air Jordan 10 Retro “Venom Green” might be the next best thing. The shoes feature a colorway strikingly similar to the Black/Fluorescent Green combo found on each of the XX8 Days pairs, with a few key differences. The “Venom Green” 10’s feature a black tumbled leather upper, while hits of bright green pop in key places. The black midsole is contrasted nicely by an icy blue and Venom Green outsole. Hit the jump for more pics of this upcoming release – set to drop March 22nd – and let us know below if you plan on copping a pair. 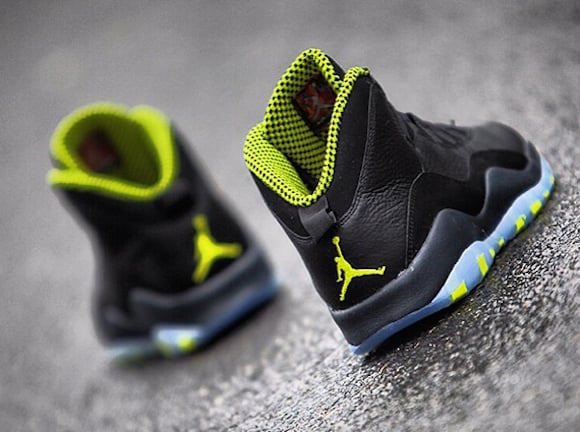 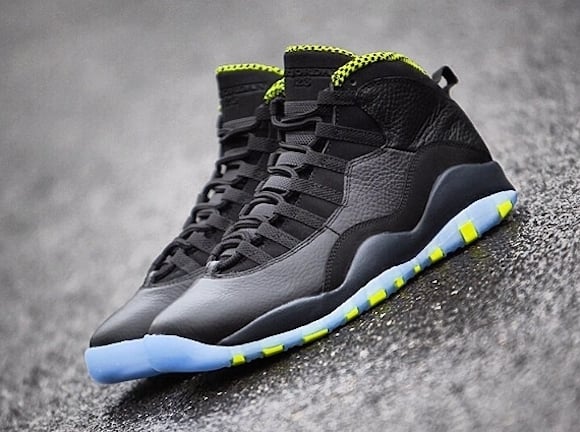