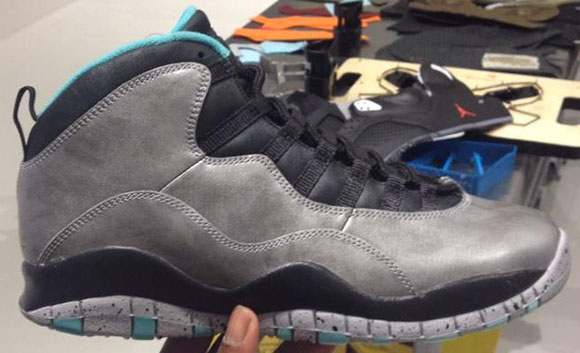 Some months back we broke the news that Jordan Brand would reintroduce new and old models apart of their Remastered collection which will have high quality material. One pair that will release is this Air Jordan 10 being called ‘Lady Liberty’.

In 2015 the NBA All Star Game will be held in New York City at Madison Square Garden so JB is releasing this Air Jordan 10 inspired by the Lady Liberty statue in NYC.

Anthracite grey is used while mixing in black. Hints of teal are exposed on the liner, outsole and sole. Below you can see an image of the heel which has a gold Jumpman.

No word on a release date just yet, but as soon as one becomes available we will let you know. Do you like the upcoming Air Jordan 10 ‘Lady Liberty’ aka 2015 All-Star game? 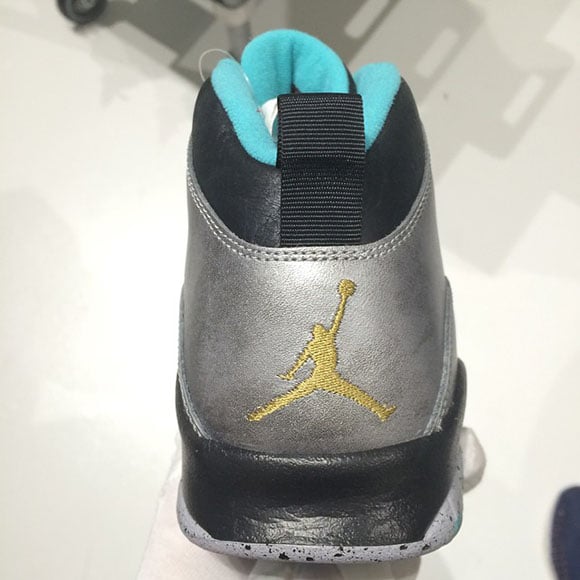 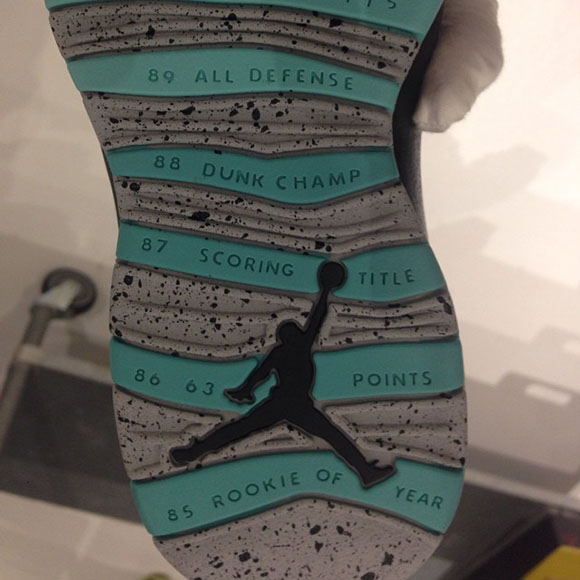 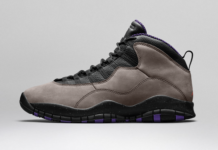