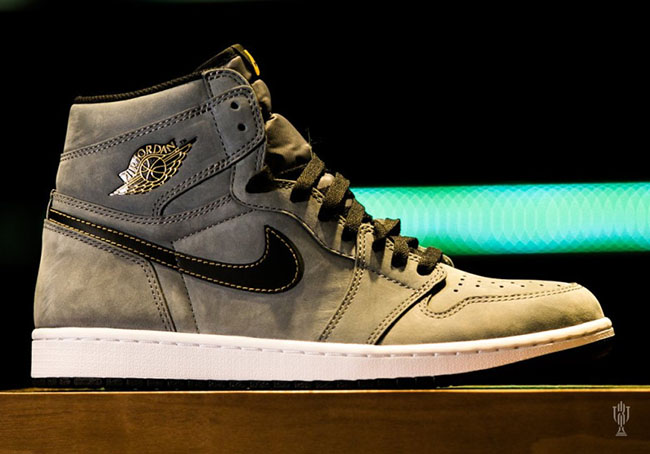 Trophy Room is finally open to the public and Marcus Jordan continued the countdown by use of exclusive Air Jordan models. The last pair he exposed right before the opening is the Air Jordan 1 Trophy Room.

Apart of the Air Jordan Trophy Room Collection, this pair of the Air Jordan 1 is a 1-of-1 exclusive to the store which we have a detailed look of. If you were at the grand opening then you had a chance to see them in person.

Following suit, this Air Jordan 1 features a Grey nubuck upper while Black detailing hits the Swoosh, laces, liner and outsole. Small amounts of Metallic Gold is used which are placed within the Wings, stitching and Nike Air on the tongue.

Below you can see more photos of the Trophy Room Air Jordan 1 and for those that are in the Orlando area can now stop by the store. 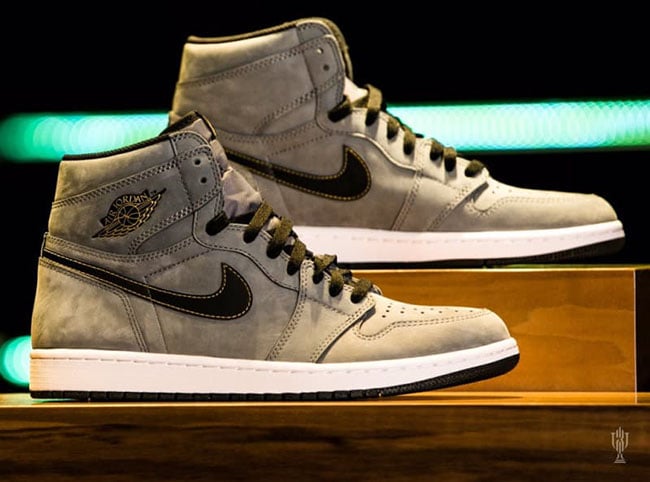