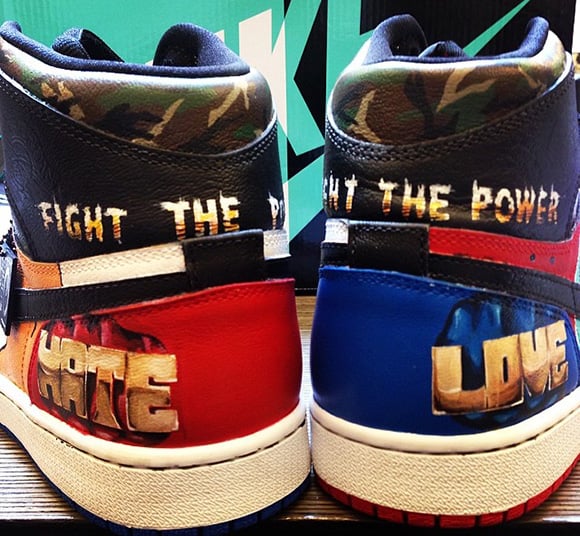 Many sneakerheads quote the movie by Spike Lee ‘Do the Right Thing’ due to the iconic scene with Buggin Out when his pair of White/Cement Air Jordan 4 were scuffed, but even Spike is a sneakerhead. Recently he showed a custom Air Jordan 1 made for him inspired by his movie.

The ‘Do the Right Thing’ Air Jordan 1 custom takes the Lance Mountain x Jordan 1 that released early June. Fight the Power wraps around the upper collar with “Hate” and “Love” on the lower part, this was from Radio Raheem’s 4-finger rings. Finally we have touches of camouflage.

We wish Spike Lee posted more images but what we can see this pair looks nice!