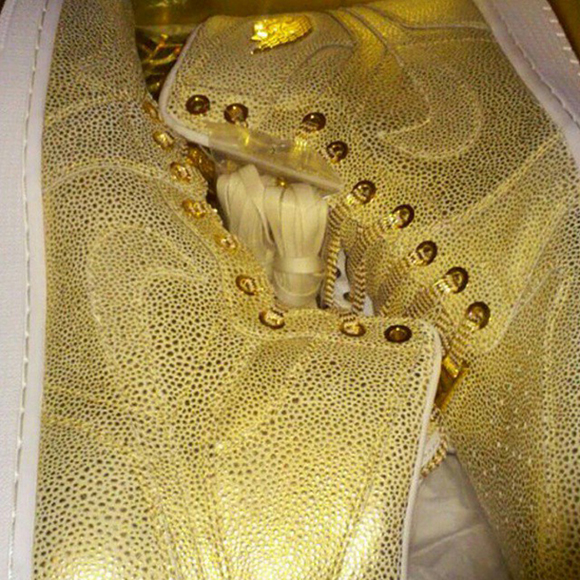 Images have leaked of a few pairs of Air Jordan 1 apart of the Pinnacle series, which was rumored to release during All Star weekend. Of course it didn’t happen but rumors are still pointing to a launch date, some saying in May. A fourth model has appeared online, this time with an ultra luxury look.

Here is your first look at the Gold Air Jordan 1 Pinnacle. The uppers feature gold with a safari overlay and what is said to be the use of 24K gold on the Wings logo and tongue plate. From these image it appears the only other shade used is an off white through the midsole.

Still a release date or actual proof that the Air Jordan 1 Pinnacle ‘Gold’ will launch has not been confirmed, nor any of the Pinnacle series. 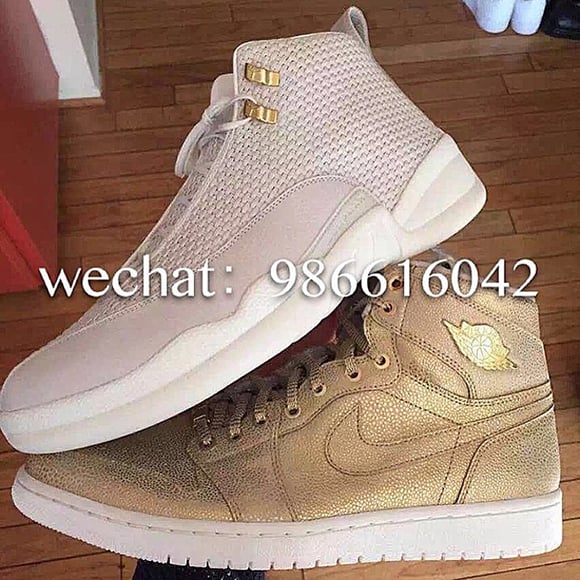