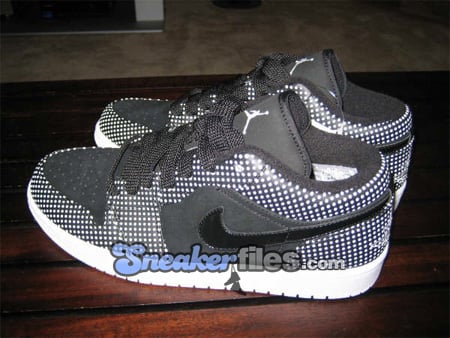 Two new interesting Air Jordan models have just surfaced the internet, the Air Jordan 1 Phat Low and PHYL Legend Premier. The Air Jordan 1 Phat Low consists of a black and white polka dot combination, a concept similar to the Hiroshi Fujiwara Dunks that were released a few years ago, but this sneaker is modified for skateboarding, padding has been added to the tongue and inner lining.

Lastly, the Air Jordan PHLY seen after the jump is a step above the previously released, PHYL models. It has been rumored that these have been designed to honor Yankees or Jordan Brand athlete, Derek Jeter, hence the pinstripe and navy combination. Release date for both has yet to be announced. Big thanks to jasonwhite9. 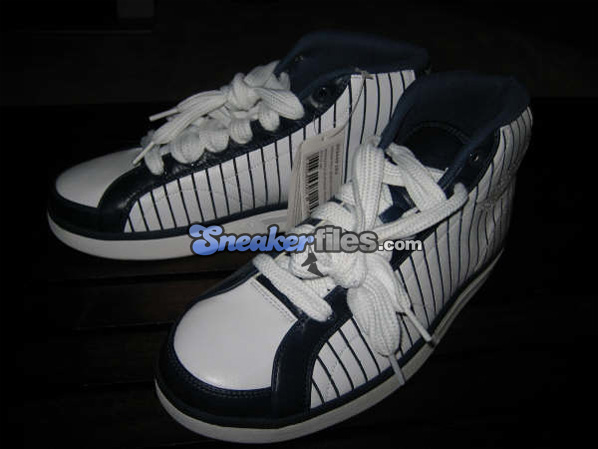