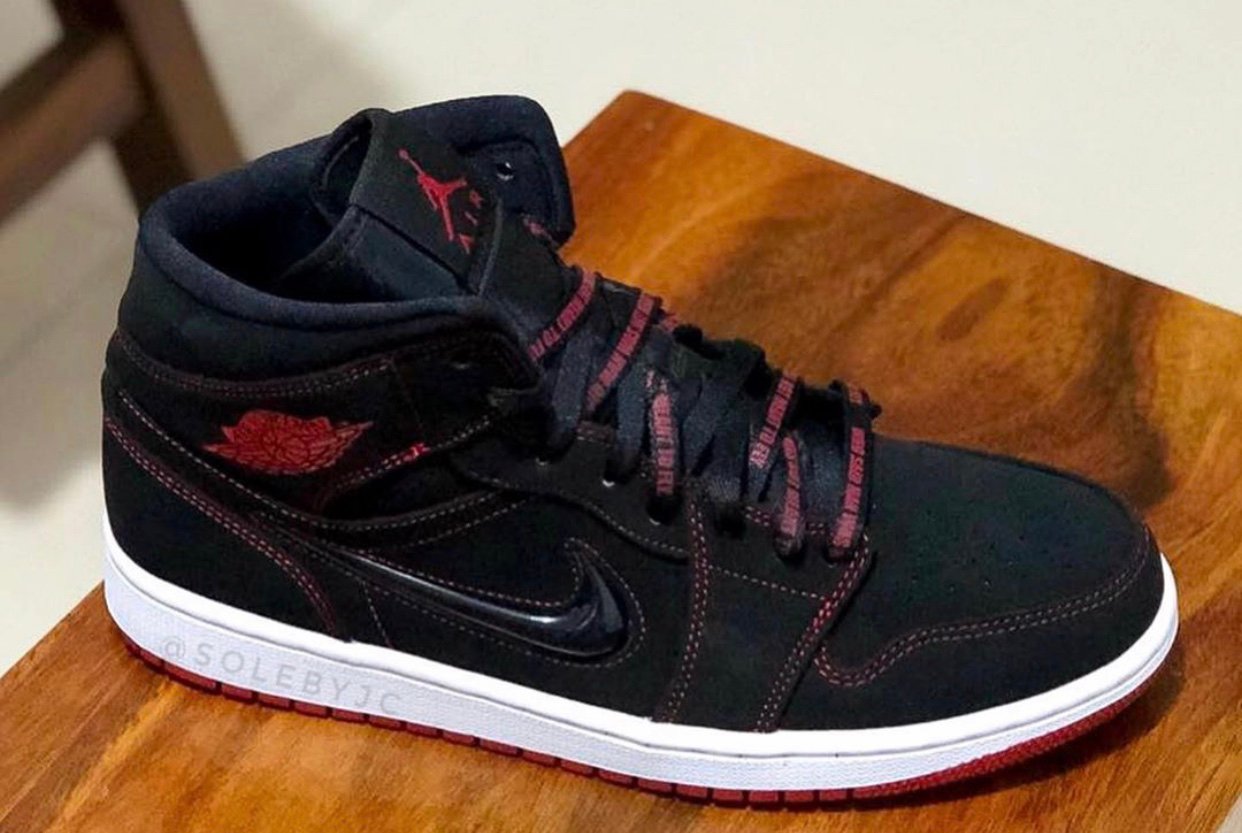 Jordan Brand will release an entire ‘Fearless’ Collection which pays tribute to the 10th Anniversary of Michael Jordan’s Hall of Fame induction speech in 2009. One of the models releasing is the Air Jordan 1 Mid.

Recently we showcased the Air Jordan 1 Retro High OG ‘Fearless’ which comes highlighted in a Chicago and UNC color theme (not to be mistake for the UNC to Chicago release). As for the Air Jordan 1 Mid, it will feature a Chicago color combination of Black, Gym Red and White.

Looking closer at this Air Jordan 1 it features Black nubuck across the upper while Gym Red is seen on the stitching, Wings logo, Jumpman on the tongue and text across the laces. Following we have a jewel Swoosh, White midsole and Red rubber outsole. The last detail lands on the insoles which includes Jordan’s Hall of Fame induction speech which reads ‘Limits, like fear, are often just an illusion’. You can also see Fear written in bold text with a line through it.

You can expect the Air Jordan 1 Mid ‘Fearless’ to release at select retailers and online at Nike.com during Holiday 2019. Retail price is set at $130. Once additional information is available we will make sure to update. For now you can scroll below for more photos which will give you a better look. 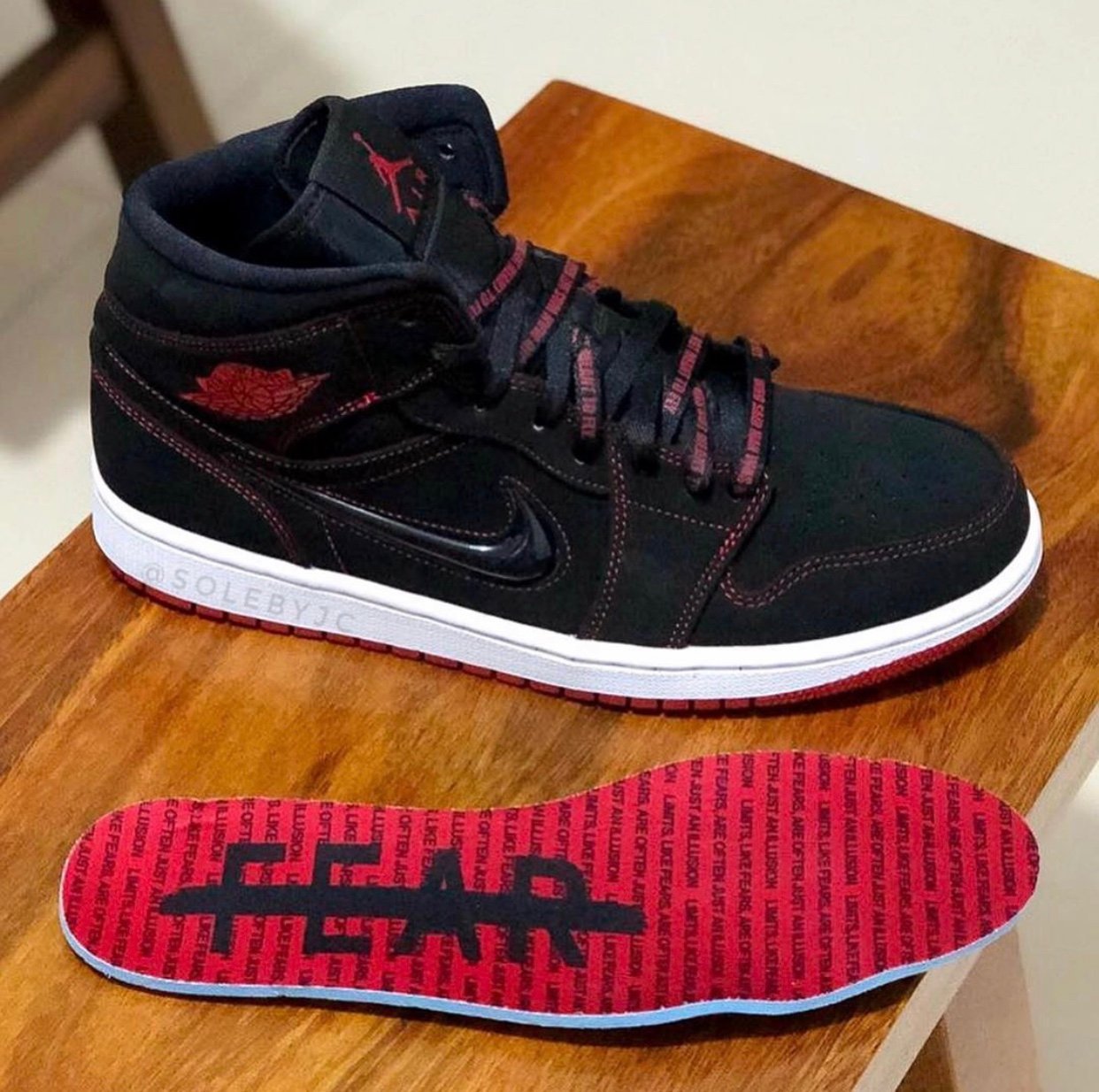