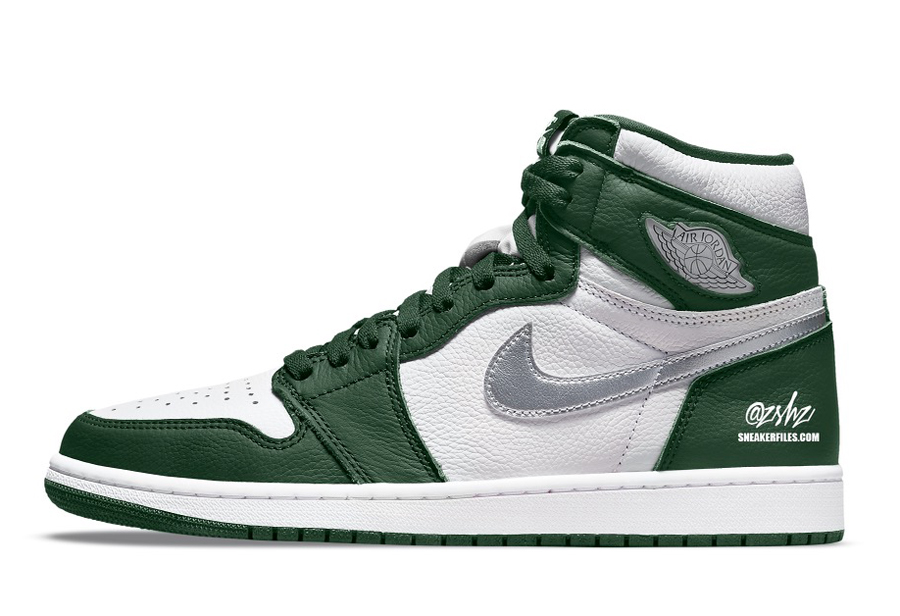 The Air Jordan 1 High OG ‘Gorge Green’ is a new color scheme of the Jordan 1 that will feature a familiar color blocking and will release Holiday 2022.

For those that don’t know, the ‘Gorge Green’ Air Jordan 1 borrows the blocking from the ‘Midnight Navy’ Air Jordan 1 High OG CO.JP. Originally released in 2001, we saw a retro release take place in 2020. The ‘Bordeaux’ Air Jordan 1 also borrowed the them and launched in 2021.

This Air Jordan 1 comes dressed in a Gorge Green, White, and Metallic Silver color combination. Constructed with leather throughout, Gorge Green appears on the overlays, laces, tongue labels, and rubber outsole. Next, we have leather on the panels, collar, toe box, Nike Air branding, and tongue while Silver fills in the Swoosh. Other details include a rubber Wings logo and a White midsole.

You can expect the Air Jordan 1 High OG ‘Gorge Green’ to release at select retailers and Nike.com on November 12th. The retail price is $180. As soon as we have more information, we will make sure to update you.

The image used is an accurate mock-up via zsneakerheadz.