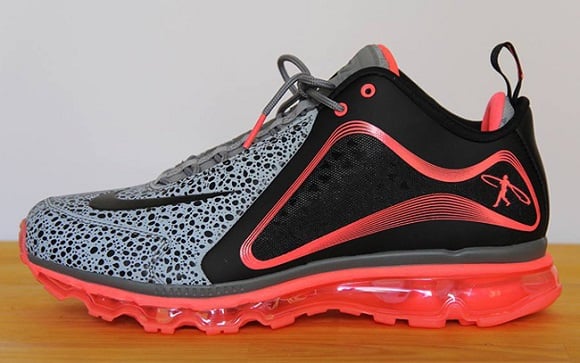 Soon after Nike released images of safari models picturing the Foamposite and Dunk they also unmask another safari model, the Air Griffey Max 360. This model of the Air Griffey Max 360 will most likely prove to be the most popular model that has released this year. The Camo and Black and Gold models are also very appealing but this safari model demands attention. Atomic red and black make up the upper while Nike’s famous Safari print is spread throughout the toe. Atomic red also makes up the classic Griffey sole. No release date or price has been set yet but retail is speculated to be the same as other Air Griffey Max 360 models. Stay posted here at SneakerFiles for more sneaker news. 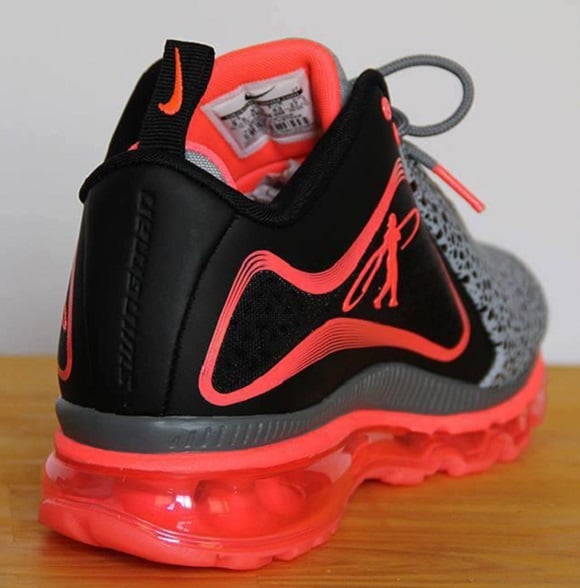 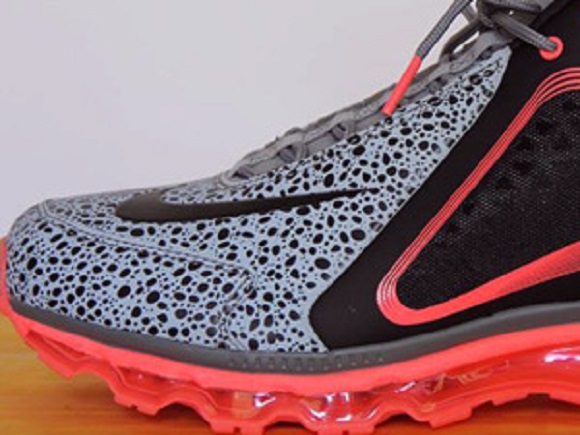 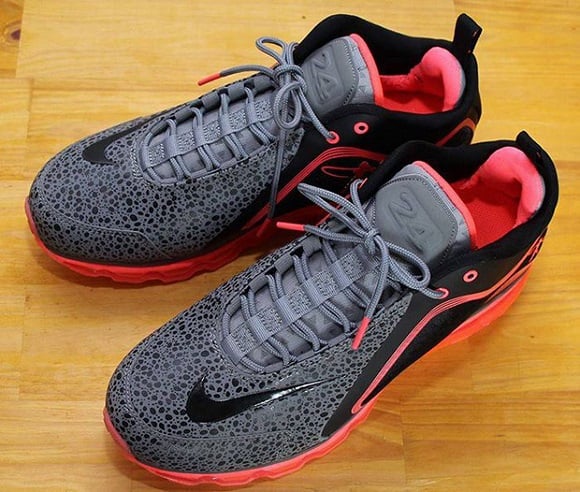