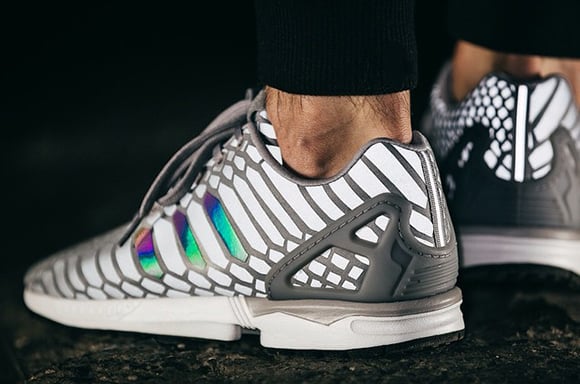 Not long ago, adidas announced the Xeno pack which featured the ZX Flux, Superstar and Metro Attitude. All three featured a black base but once light hit the sneakers, the colors changed to various bright shades. Now at least one from the pack will release again, this time using a different color for the base.

Already a favorite amongst adidas fans and sneakerheads, the ZX Flux will come later this year with a grey base and the Xeno treatment, which is inspired by Xenopeltis snake. Instead of the full side panels illuminating, only the three-stripes on the side will feature the advanced material. It also appears that most of the shoes will feature 3M reflective material.

The adidas ZX Flux Xeno in grey is expected to release in June of 2015. 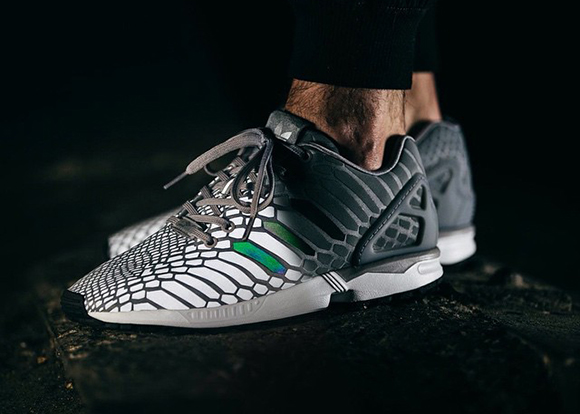 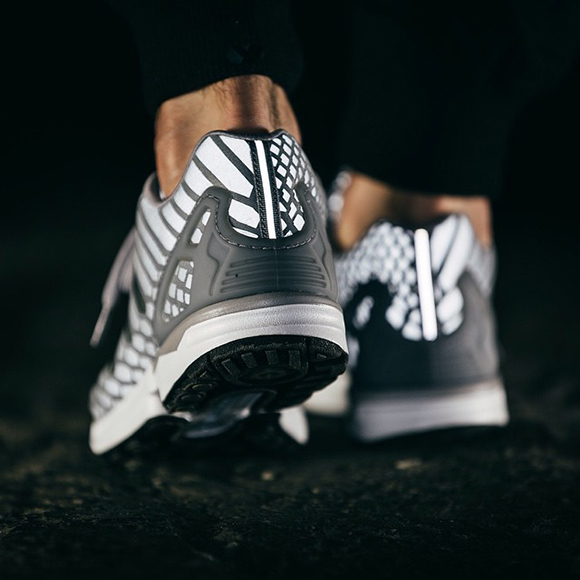