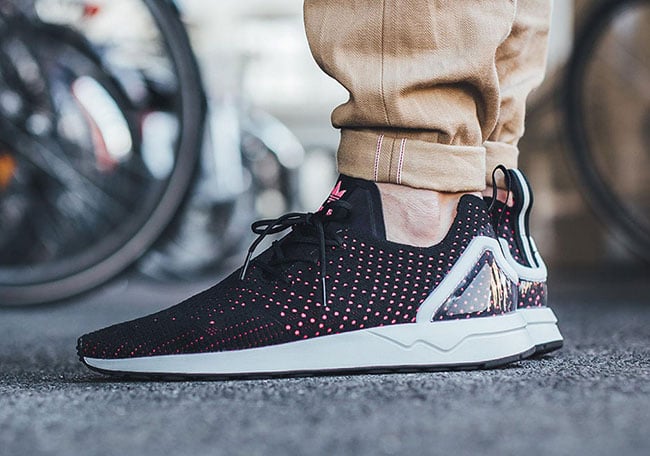 The adidas ZX Flux ADV Primeknit is slimmed down compared to your traditional Flux while obtaining a seamless upper. Using predominate Black through the toe, tongue and laces, hints of Shock Pink bleed through and continue through the heel. Other details include a transparent heel counter, Off-White running through the midsole and a Black outsole.

As of now, the adidas ZX Flux ADV Primeknit ‘Black Pink’ is arriving to adidas Originals retailers, but overseas. For those residing in Sweden can currently pick up this pair at Titolo. Their retail price is CHF 159.90 which is roughly $161 USD. Check out a few on feet photos below. 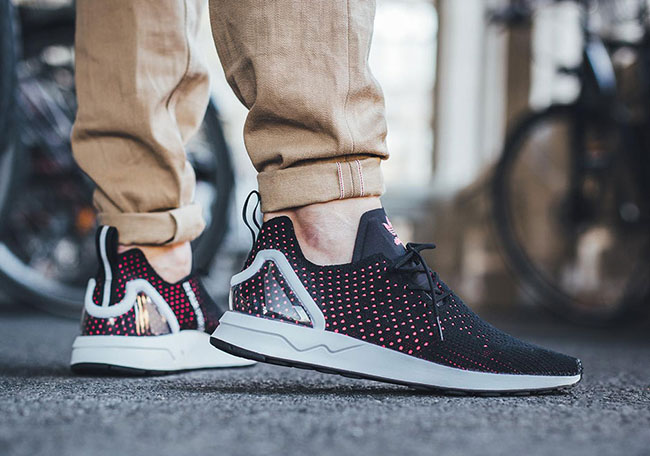 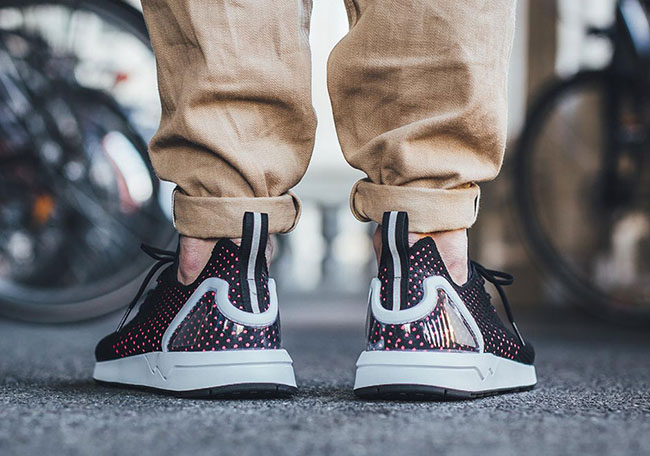