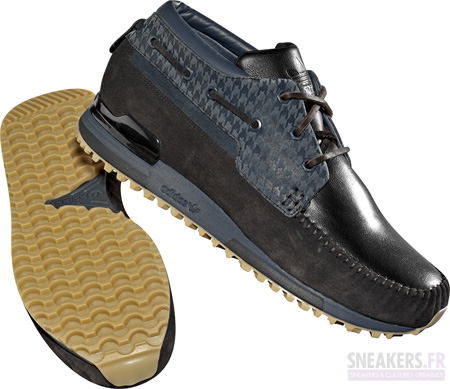 adidas’ ZX 700 Boat made a splash in their aZX Project which represented Neighborhood and the letter “N”. The ZX 700 will be releasing in two simple styles in black and grey. The first model consists of a combination of black leather and a gum sole. The second ZX 700 features a similar composition which also includes grey with purple accents as well a hounds-tooth pattern appear on both sneakers. Look for both ZX 700s to be released in the coming weeks. Via SneakersFR. 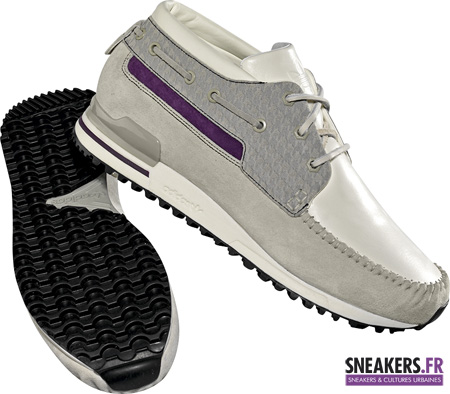