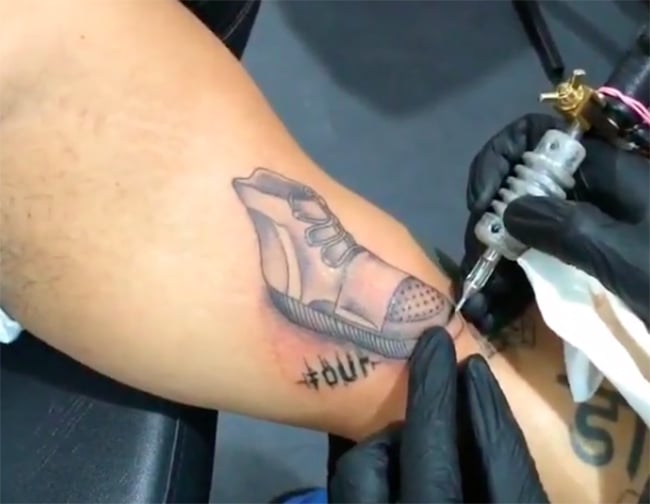 One of the most hyped of sneakers for the Holiday season is the adidas Yeezy 750 Boost ‘Black’ and it seems like everyone wants to get their hands on them. We recently shared a full store listing which shows that a lot of locations will have them, however it isn’t known the amount of pairs each retailer will receive. If we had to guess, it wouldn’t be much.

Some stores are getting creative allowing you a chance to to purchase by way of winning a contest. One location we saw actually made a video game with the highest score in their requested size winning. FOUR is one of the shops that is doing something different, they are holding a video contest with the winner picking their size.

This is where @streetstyleetiquette took things to anther level, with some thinking it’s insane. For his 15 second video clip, it shows him getting a Yeezy 750 Boost tattoo. Now most will be baffled but remember if later down the road he doesn’t want it anymore, he could get it covered up or even removed although enduring a painful process.

Below you can watch the clip of him getting an adidas Yeezy 750 Boost tattoo and we applaud him for thinking outside of the box. We just hope he wins the contest for getting some Yeezy ink. 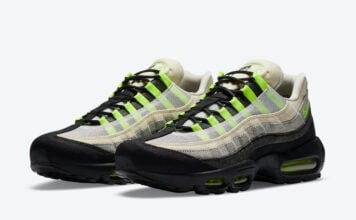