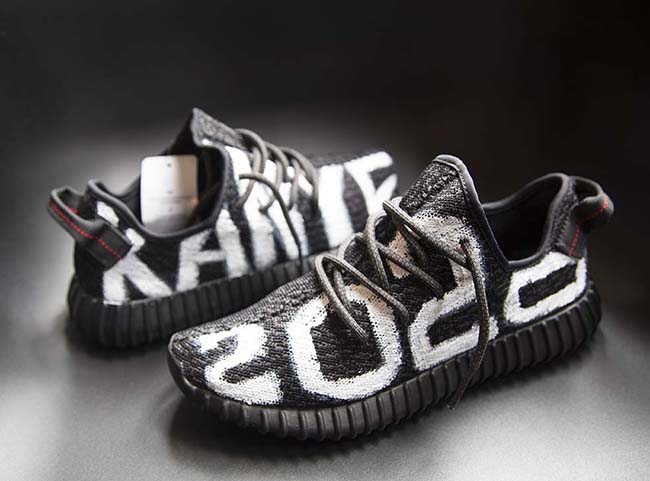 If you watched the MTV VMA’s, you would know that Kanye West announced his presidential campaign for 2020. At this point, who knows if he was joking or is serious, but it’s a while off. Either way, designer Stefan got excited and wanted to help his campaign early by making the adidas Yeezy 350 Boost ‘Kanye 2020’ Custom.

Stefan took the Black adidas Yeezy 350 Boost and painted “Kanye” on one side and “2020” on the other. Following up he then made a USA theme of red, white and black on the sole with “Stefans Head” written across and a phone number.

The number he placed on the sole is said to be his personal line, and if you want this pair all you have to do is text him and he will let you know where they are at. It isn’t known at this time if someone already picked them up, but they are hanging from a power liner somewhere in New York. See below for more images of the ‘Kanye 2020’ adidas Yeezy 350 Boost custom below. You can also visit his website to grab the number. 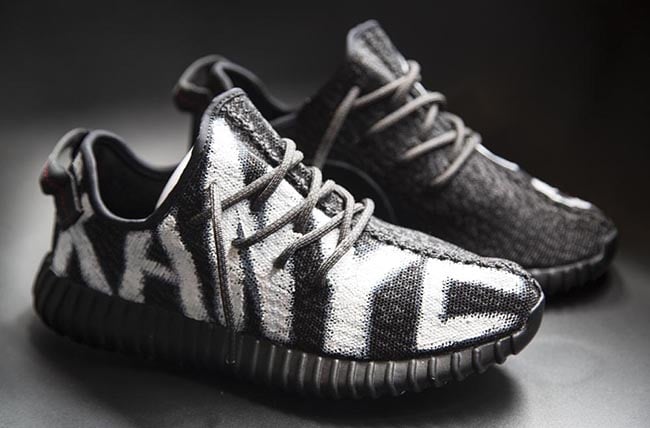 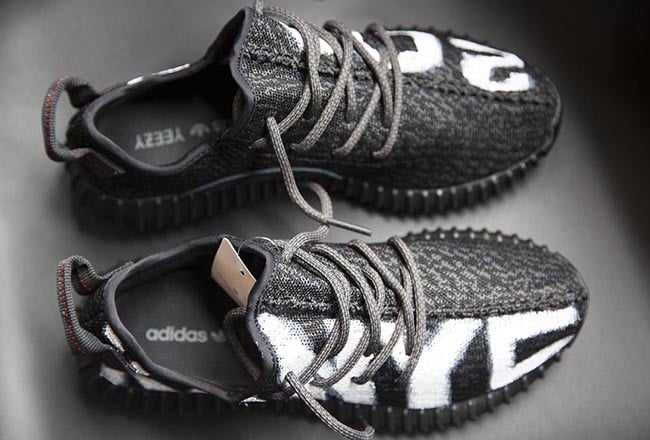 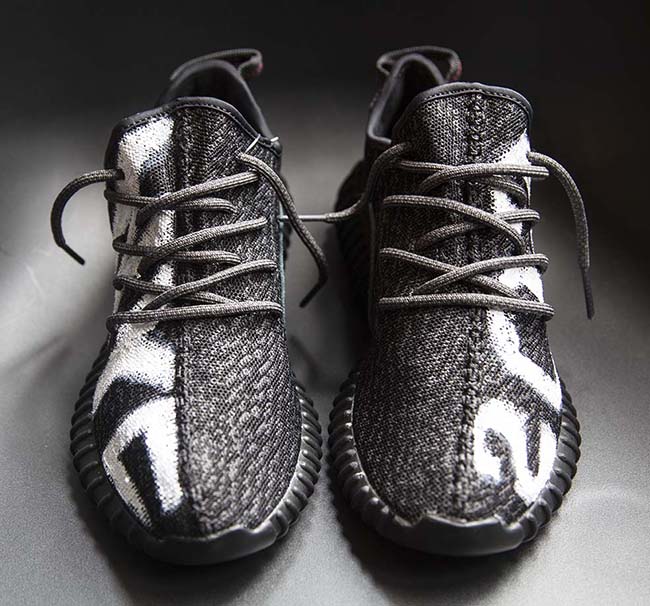 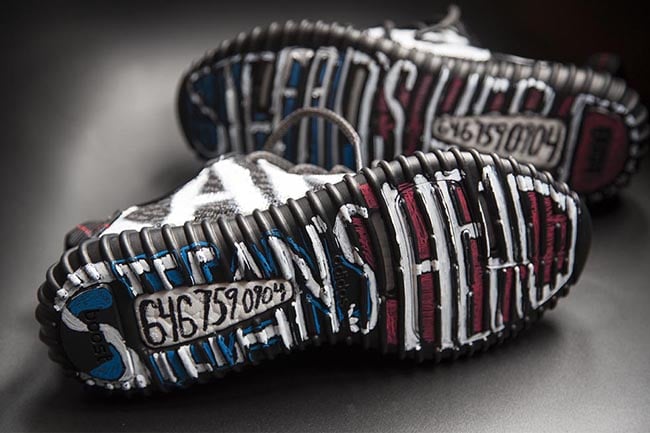 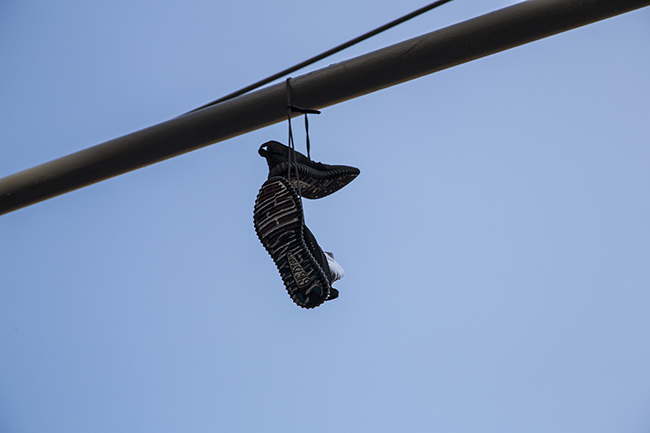