Next adidas Yeezy 350 Boost to Release on February 19th 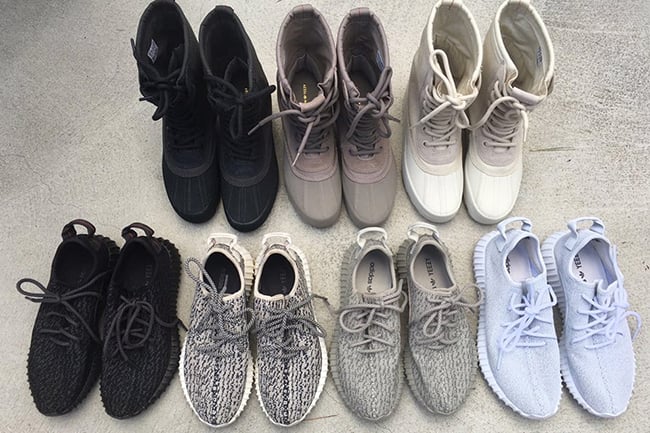 Good news for Yeezy fans as the next adidas Yeezy 350 Boost will debut towards the end of February 2016.

February will be a busy month for Kanye West as his new album Waves debuts on the 11th and the premier of YEEZY Season 3, now you can add another Yeezy 350 Boost.

Currently this is a rumor as adidas has yet to confirm the release, but it does seem to hold weight. Another rumor that is circulating is the actual pair releasing. Some are saying they will be ‘Beluga’ which is basically all white, while others are saying a new version of the ‘Pirate Black’ is releasing, this time with Blue.

While we don’t know which color will be available for the next adidas Yeezy 350 Boost, we do know they are rumored to release on February 19th which is just past All Star weekend. Retail price should also stay the same at $200. Make sure to check back with us for the unveiling and where they will be available at. Leave a comment below and let us know which color scheme do you think should release.