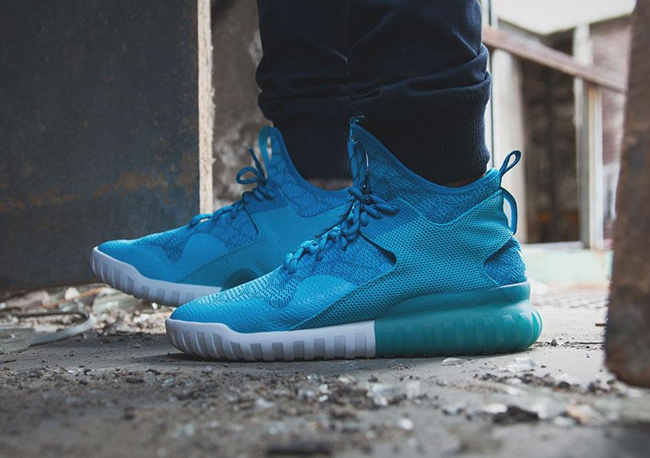 Adding additional pop to the Tubular X Primeknit by the use of bright cyan throughout the uppers. This as you may already know covers the primeknit material, the large X side straps and heel. Part of the midsole is white while the other half comes in a translucent blue tint.

More images of the ‘Bright Cyan’ adidas Tubular X Primeknit being worn and product shots can be seen below. As for a release, they will launch overseas on September 7th, 2015 at shops like Afew. The United States should also be getting shipments in the coming weeks to follow. 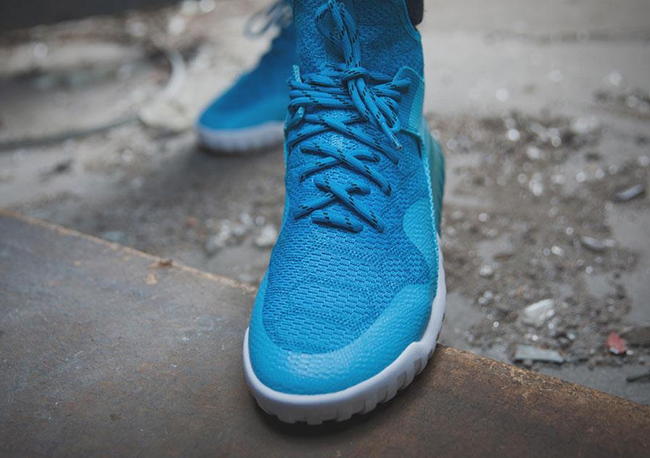 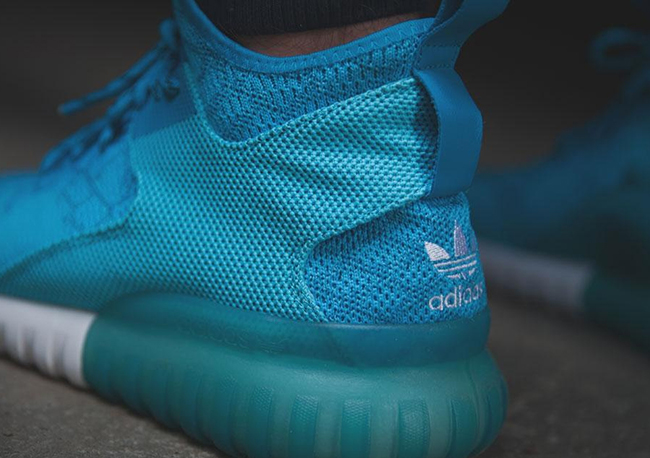 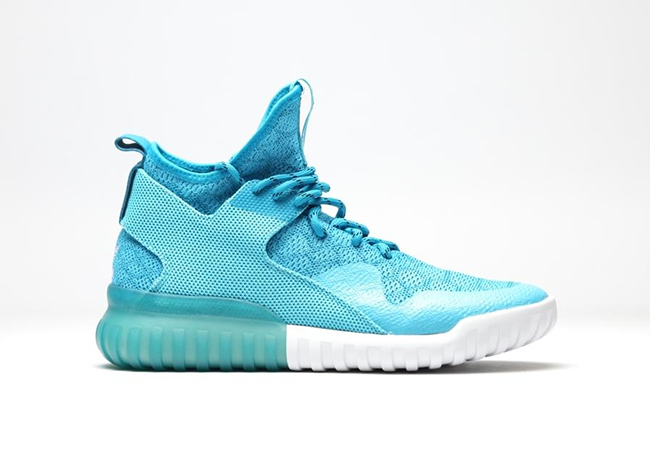 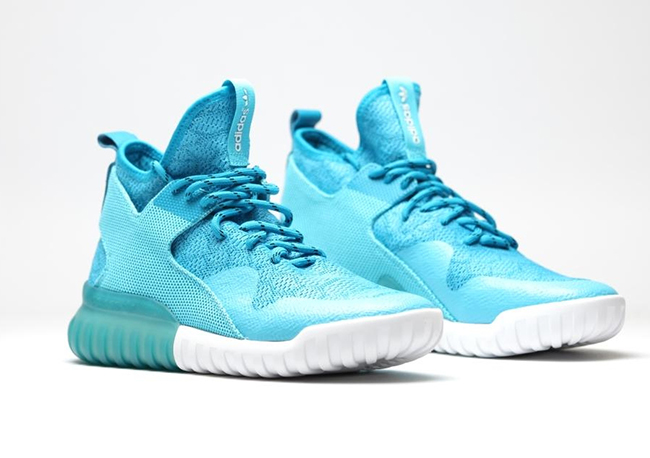 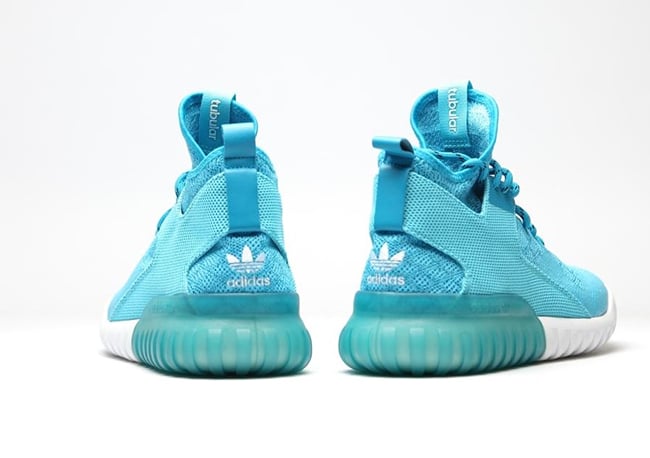