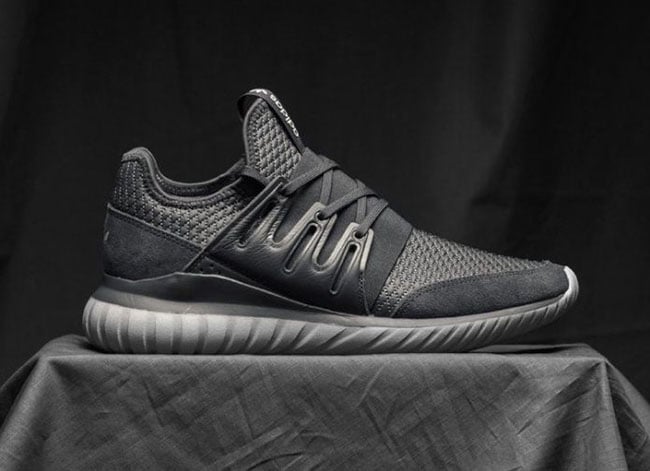 This modified adidas Tubular comes in almost a Blacked out theme, but the actual shade used is Solid Grey. Giving them a premium look, they are constructed with suede around the toe and heel while soft leather lands on the Three Stripes cage. The base extends upon the feel while having a quilted like stitch pattern. Completing the look is the traditional Tubular midsole.

The adidas Tubular Radial Solid Grey is now arriving at select adidas Originals retailers which includes Feature. Retail price is set at $110. Below you can check out more images which will give you a better look. 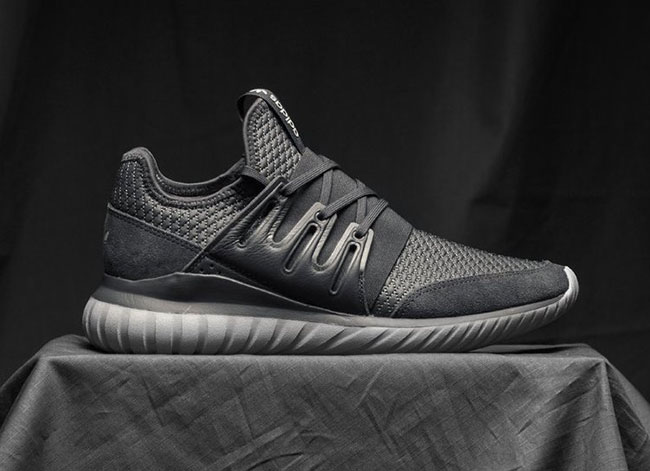 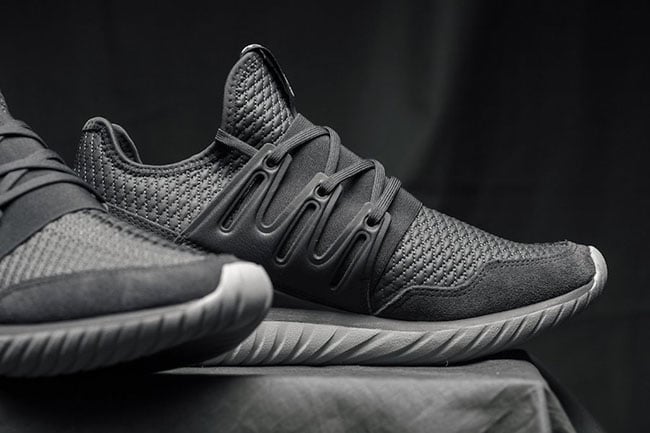 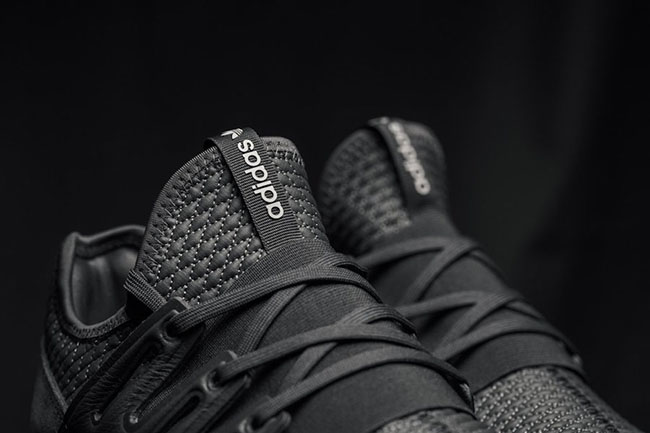 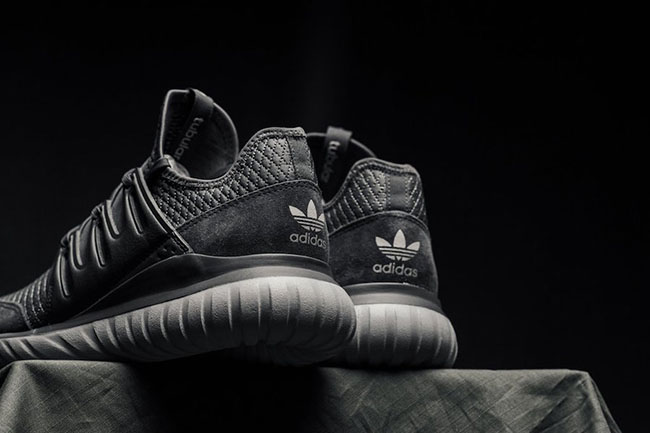