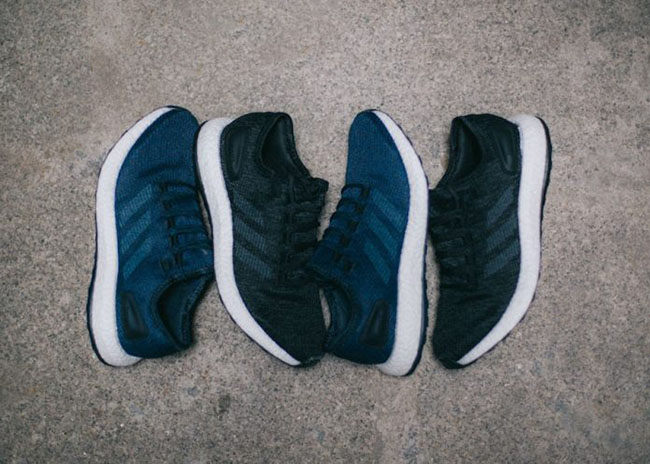 The two adidas Pure Boost releases shown come with your traditional construction which is highlighted with a knitted upper with a TPU overlay by the heel. The subtle Three Stripes branding is also seen on the lateral side while the two feature White on the Boost midsole. One features Black on the uppers and midsole while the other is replaced with Night Navy.

Continue to scroll below to check out more images of the adidas Pure Boost Night Navy and Core Black which will show you another look a the two. At the time of writing, they are now starting to land at select adidas Originals retailers overseas like Foot District. Retail price is set at $140. If for some reason your size is not available, you can expect additional stores to have them very soon including ones in the states. 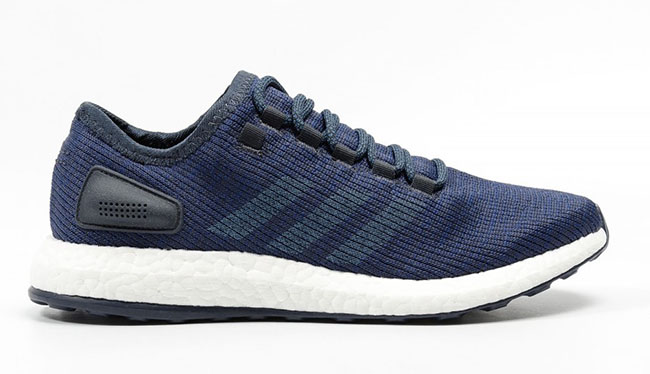 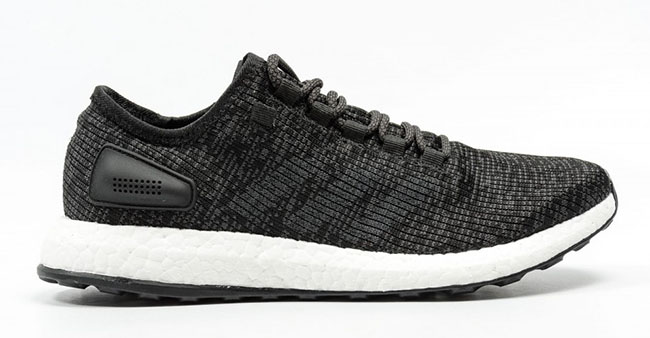