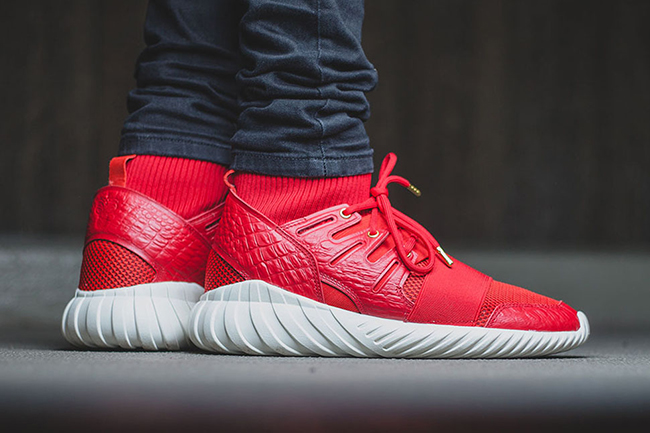 adidas Originals also has their own Chinese New Year collection which we took a look at not long ago. One of those pairs is the adidas Tubular Doom ‘Chinese New Year’ which will debut at select retailers towards the end of the month.

Featuring red through the uppers with croc leather on the overlays and mesh used through the base. Following are gold accents that are placed on the lace tips with a white midsole. Connecting to the Year of the Monkey, adidas has embossed a monkey on the heel.

More photos of the ‘Chinese New Year’ adidas Tubular Doom are shown below which are on foot photos. Expect this pair to release at adidas Originals retailers in Europe on January 23rd, 2016. One of those locations will be Afew. More than likely they will debut at more retailers than just Europe but we have yet to hear confirmation on that so stay tuned. 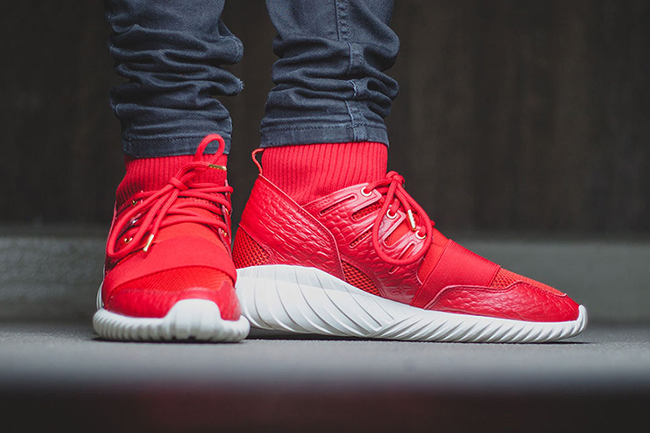 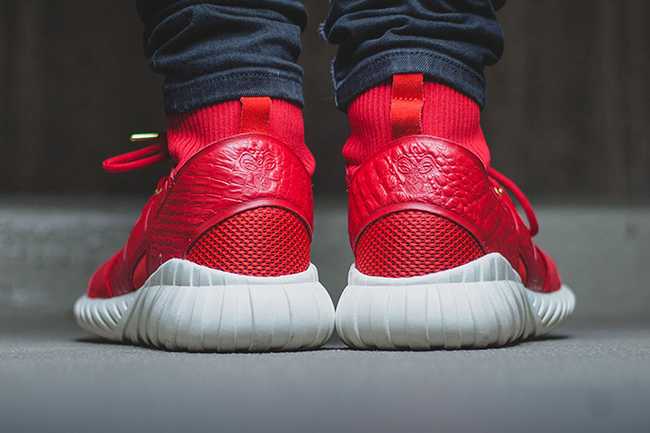