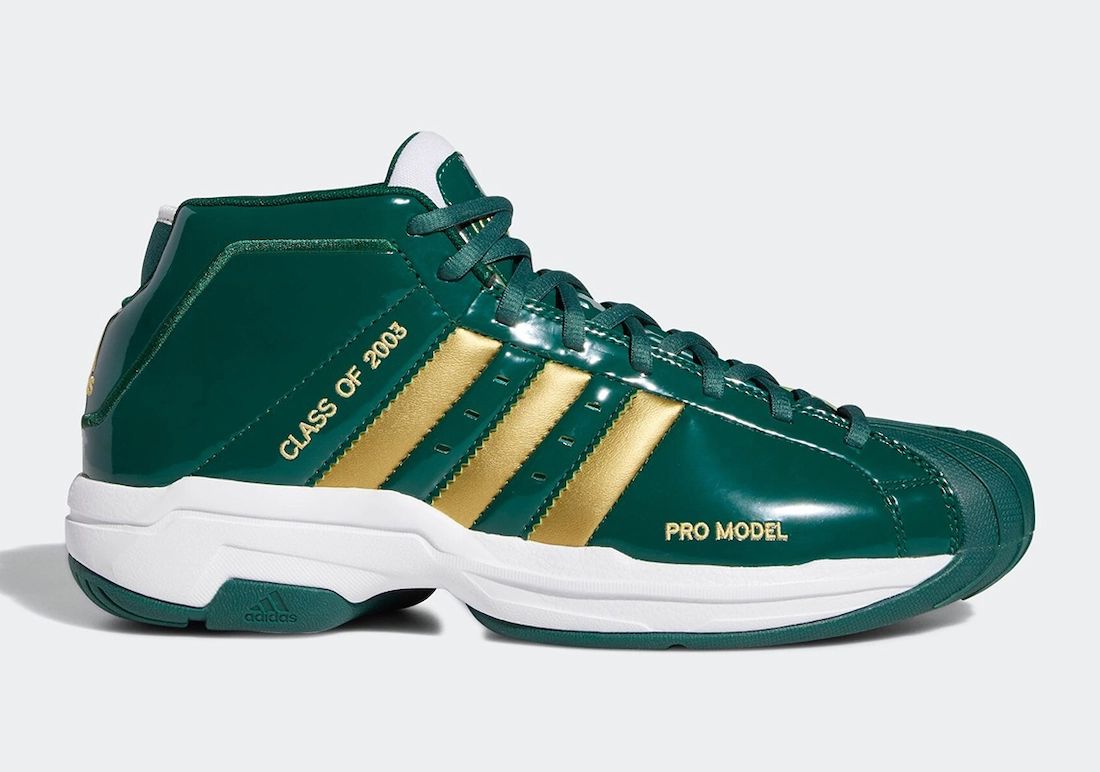 adidas will release a special LeBron James pack that will consist of the T-Mac 1 and T-Mac 2, however, those aren’t the only two pairs releasing. When LeBron James was in high school, he played for Saint Vincent-St. Mary (SVSM). One of the pairs he wore during the time was the Pro Model which will return in February.

This adidas Pro Model comes dressed in a Dark Green, Gold Metallic, and Footwear White color combination. Utilizing Green across the base while Gold fills in the branding and ‘Class of 2003’ embroidery on the panel, which is the year LeBron James graduated high school and went to the NBA. Other details include a White midsole and a Green shell toe and rubber outsole.

You can expect the adidas Pro Model 2G ‘SVSM’ to release at select retailers and adidas.com on February 17th. As soon as we have more information, we will make sure to update you. For now, scroll below for more photos that will give you a closer look. 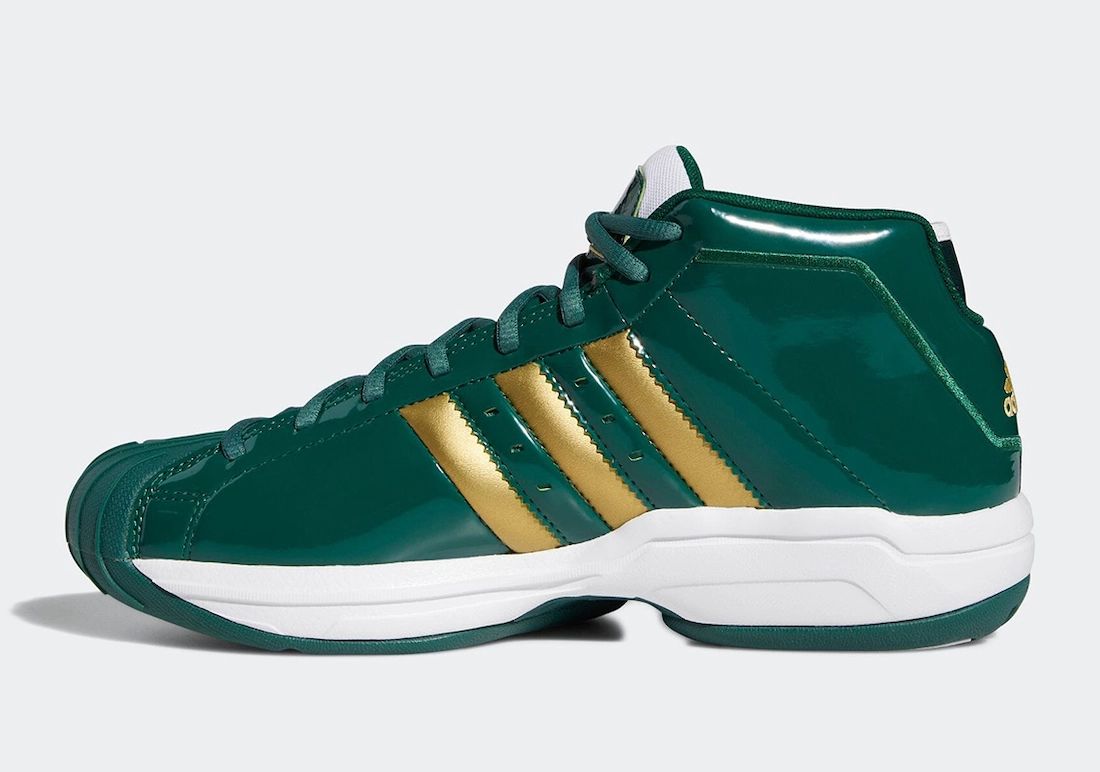 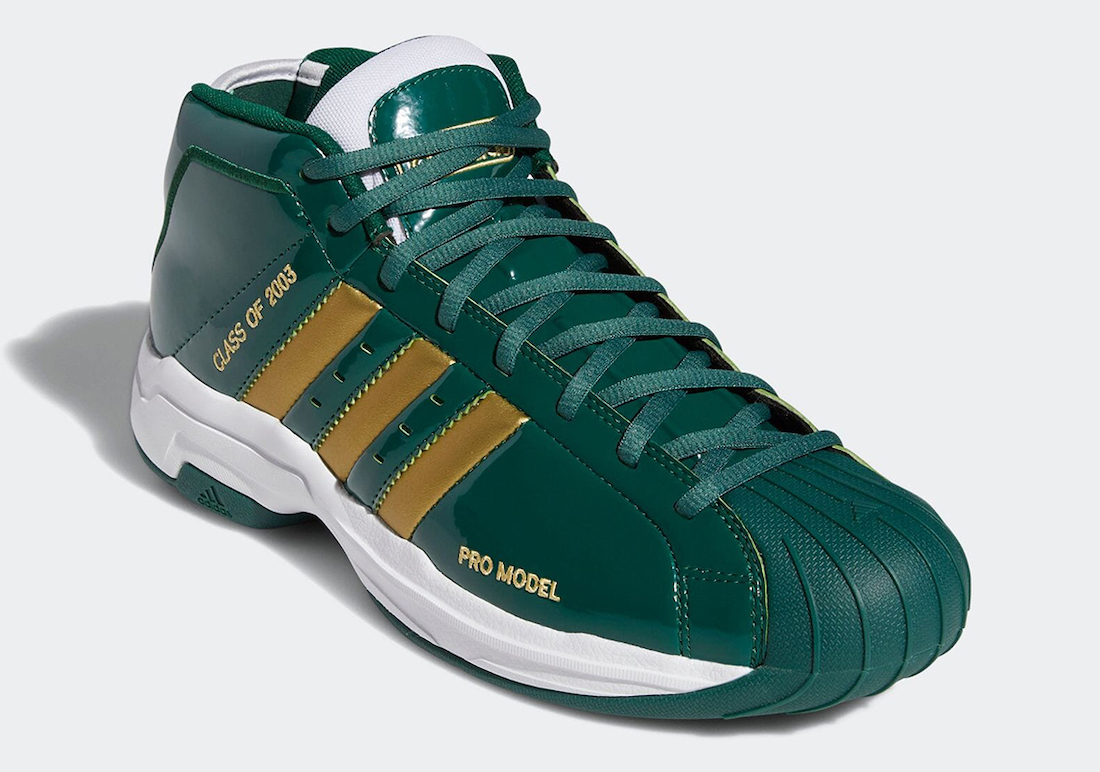 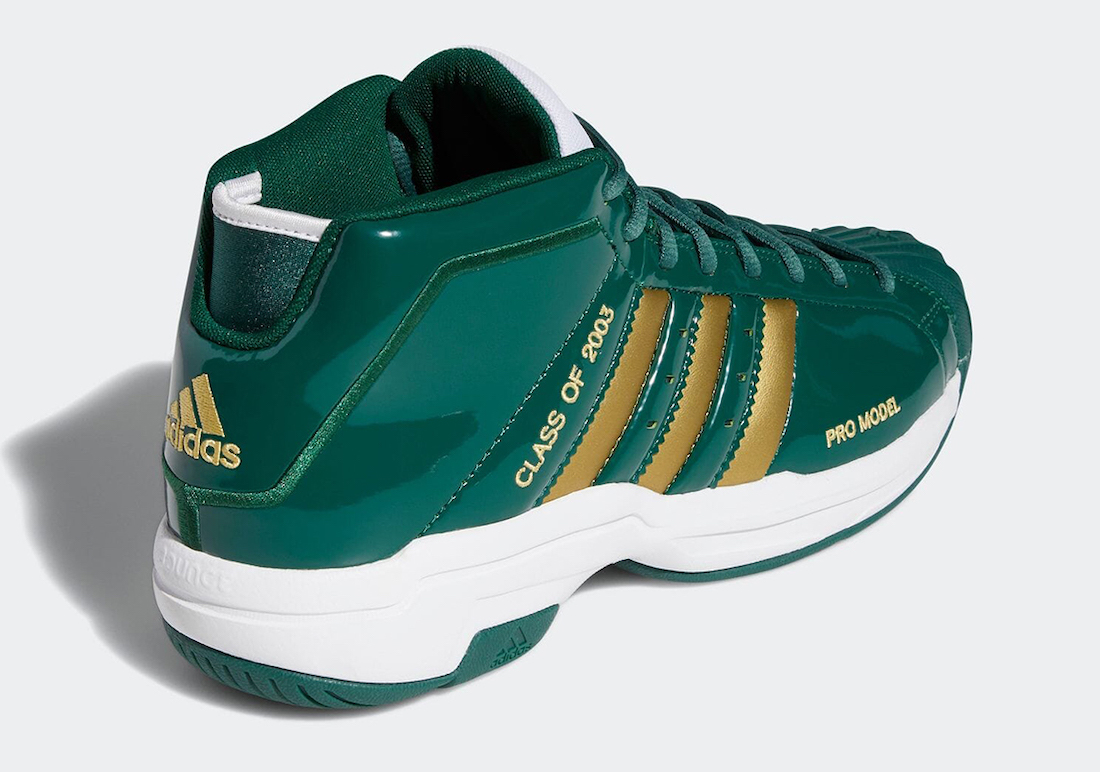 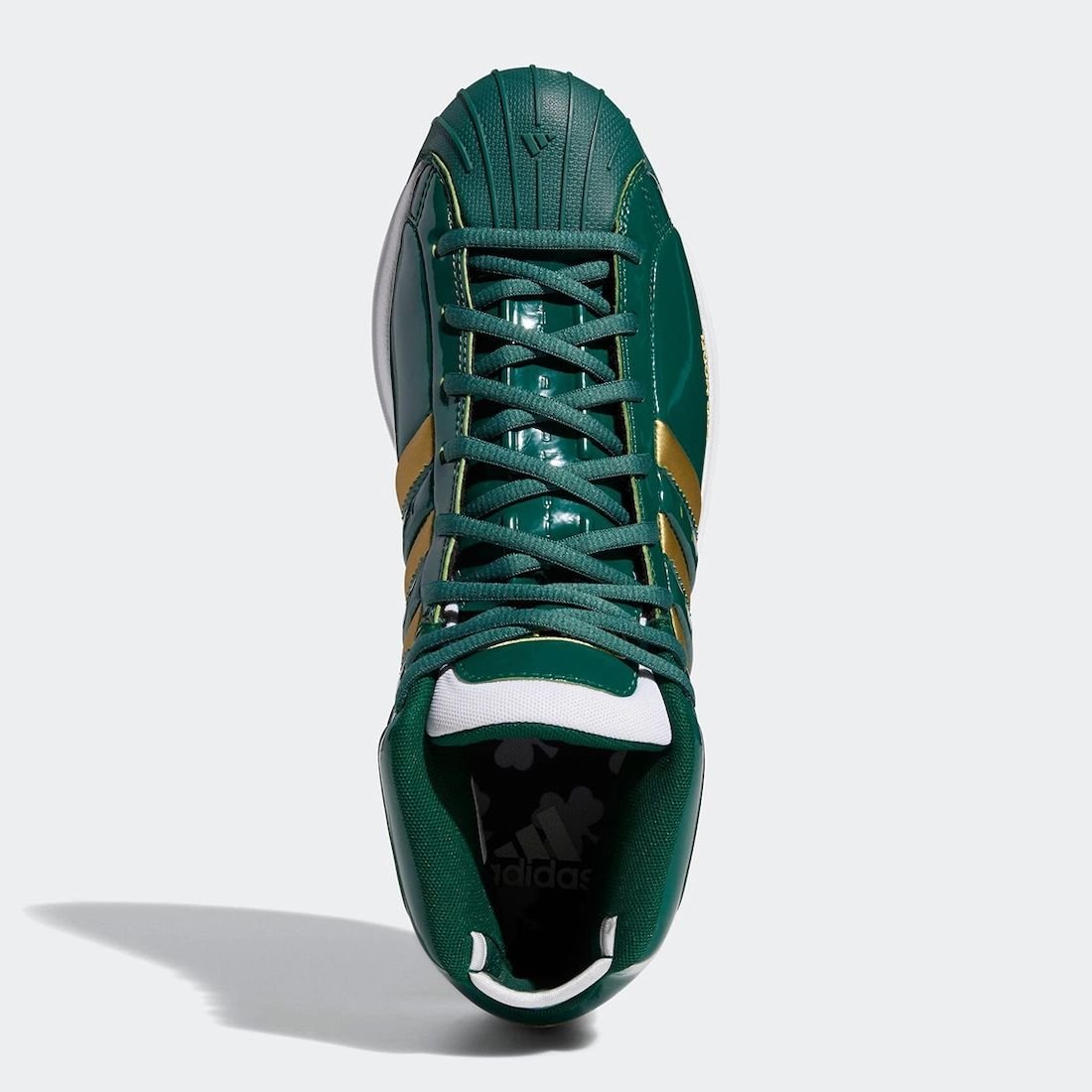 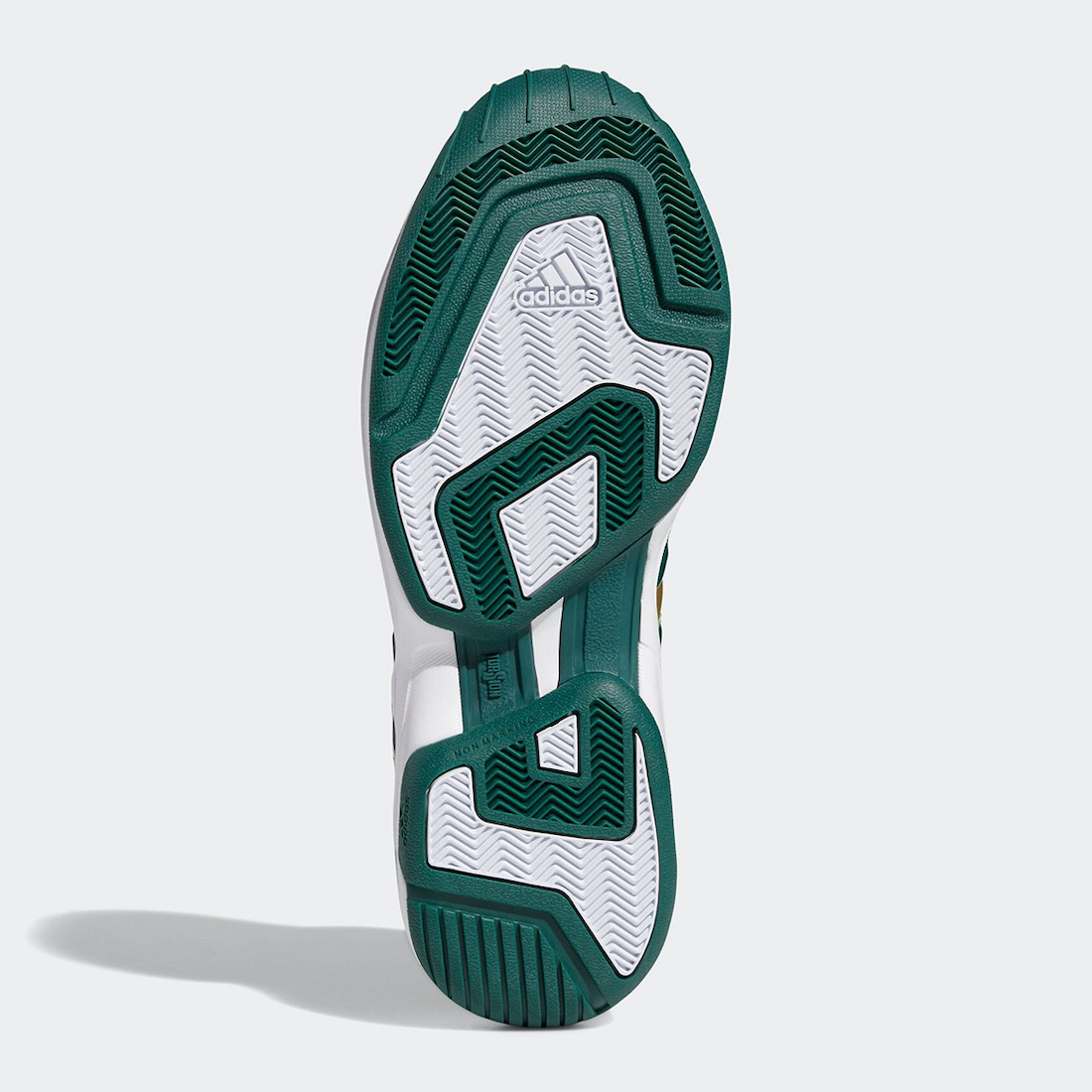