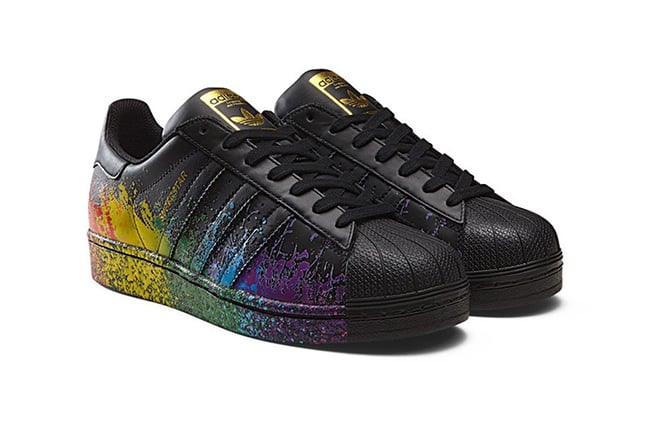 Each pair will have their own look while displaying different shades of the rainbow. The adidas Superstar 80s features a Black leather upper while paint splatter done in an array of colors is seen on the midsole, panels and by the heel. Other details include Gold detailing on the tongue and side. Next up is the adidas Stan Smith which is done in White leather. On the heel and Stan Smith branding is different colors that gradient.

Check out additional photos of the 2016 adidas Originals Pride Pack by scrolling below. The two pairs will release at retailers on June 1st, 2016. 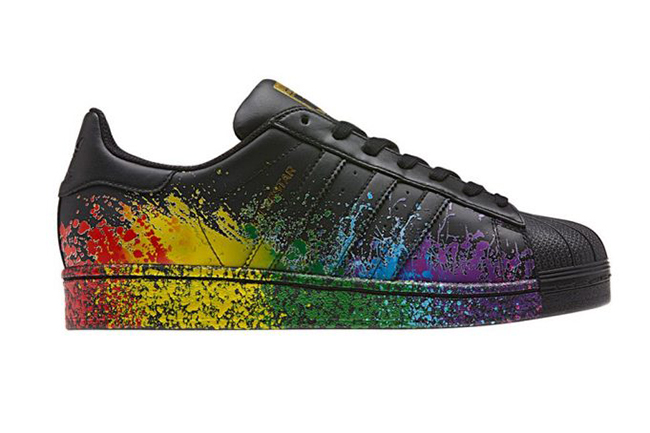 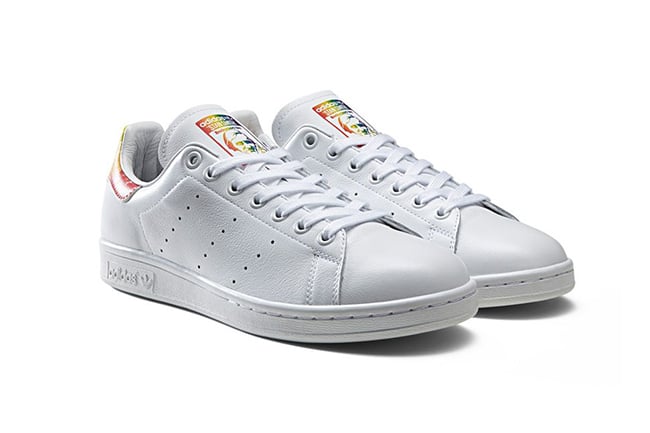 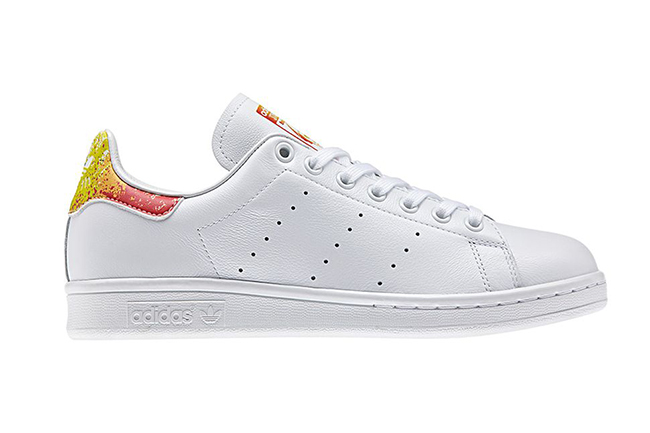