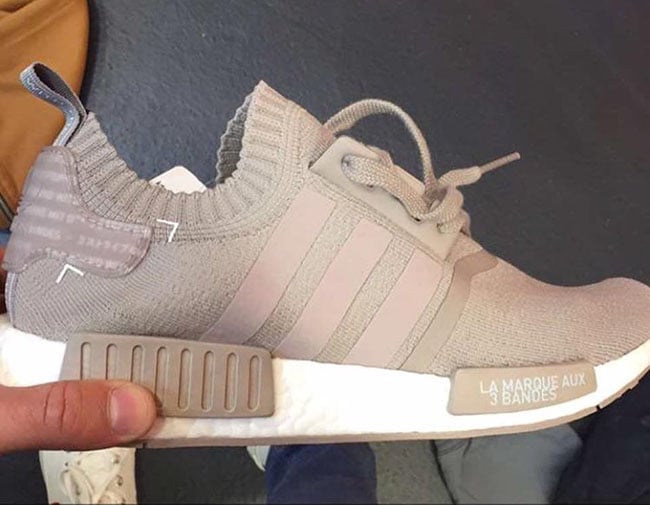 The adidas NMD ‘Vapour Grey’ is the latest color to land on one of the brands newest and now top silhouettes. They are expected to release apart of the adidas Originals Spring/Summer 2016 collection.

Once again, the NMD features a Primeknit base with this time being covered in Tan which the brand is calling Vapour Grey. Using tonal branding which is then followed with a White Boost midsole. Taking a closer look, you will notice ‘La Marque Aux 3 Bandes’ on the midsole overlay which is French for ‘The Three Stripes Brand’.

Release details are yet to be announced for the adidas NMD Vapour Grey, but you can expect them to launch later in 2016. For now we have only one image of the shoes, however you can expect another look coming soon. Let us know if you are feeling the ‘Vapour Grey’ adidas NMD below.