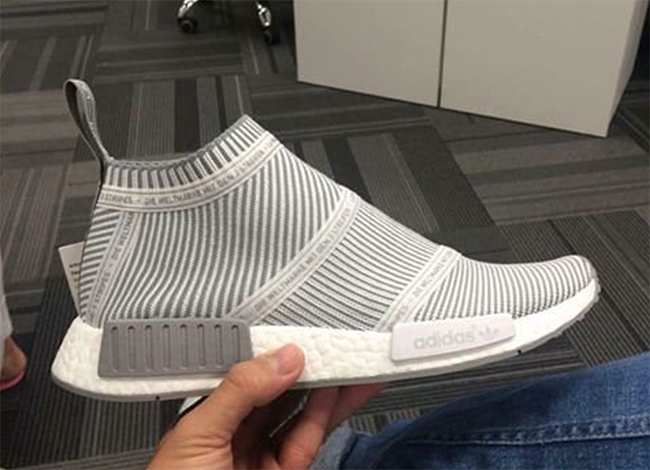 The adidas NMD is still relatively a brand new model from adidas Originals. After tomorrow only a few pairs will have officially released, but it appears that the three stripes brand is looking beyond that. Today we may have got our first look at the adidas NMD Mid.

While this pair does resemble a Mid, the only question is if they will eventually release. Taking a closer look, Primeknit is once again added to the base while text is featured throughout that reads ‘The brand with the Three Stripes’. Other details include a Grey outsole and a White Boost midsole.

Like mentioned, it isn’t clear if the adidas NMD Mid will release. They could just be a sample that has leaked, but we are sure with time more details will come out so make sure to check back with us.