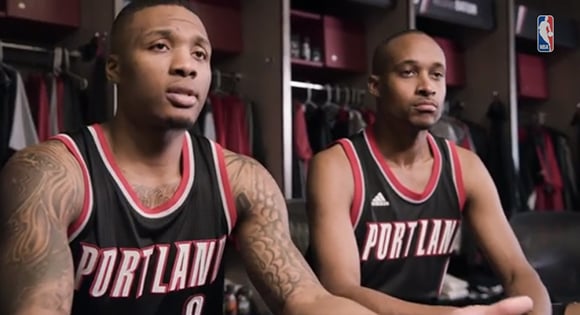 adidas has launched a new commercial for their NBA swingman jerseys which features Damian Lillard.

Lillard has been in sneaker news as of late due to his upcoming signature shoe, known as the adidas D Lillard 1. In this commercial, he has a ‘swingman’ that is his body-double who helps him during practices, photo shoots and interviews. Although his basketball skills are no way up to par to Damian’s.

Check out the video below, and if you are interested in purchasing your favorite players adidas NBA Swingman jersey, you can buy them at the NBAStore.com.