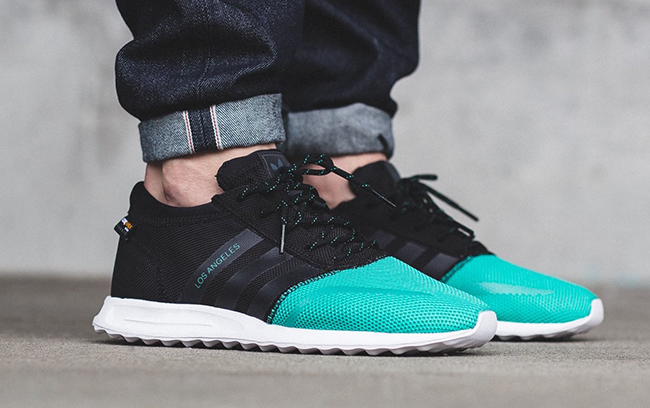 The adidas Los Angeles has been treated to a few different colors through the year, but doesn’t have an extended amount of color schemes to launch like other models. One more has launched for 2015 which comes in a Black and Shkmin mashup.

The latest adidas Los Angeles to debut comes in Core Black and Shkmin. Using black mesh through the sides and heels along with tonal three stripes branding. The toe box and Los Angeles written down the side comes in Shkmin which is basically a shade of teal. They are then finished off with white running the midsole.

For now, the adidas Los Angeles Black / Shkmin is starting to land at stores overseas like Titolo. If you can’t wait for a stateside launch, a few sizes are still available for CHF 109.90 which is about $111 USD. Check out a couple on foot photos of the latest adidas Los Angeles below. 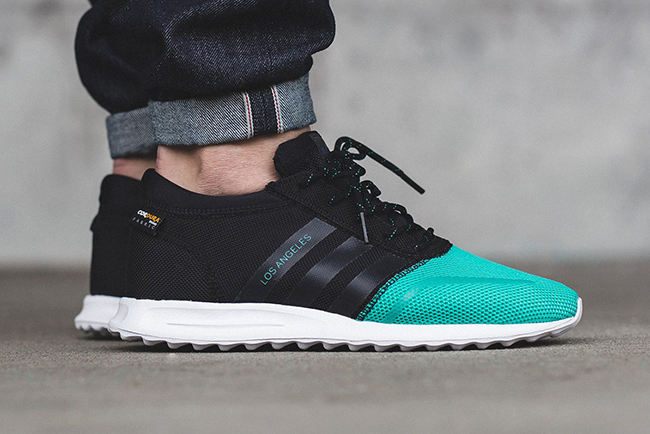 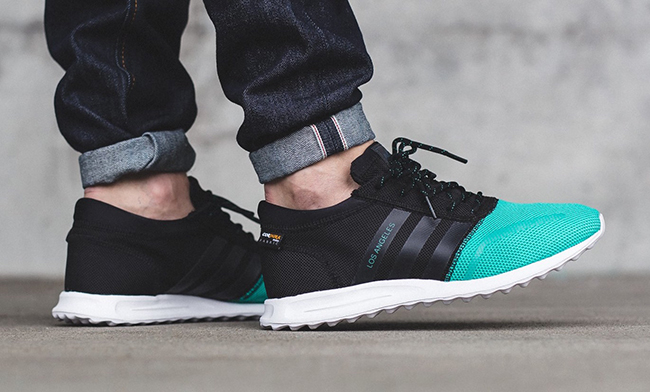 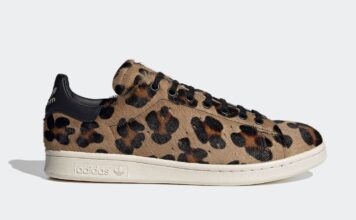