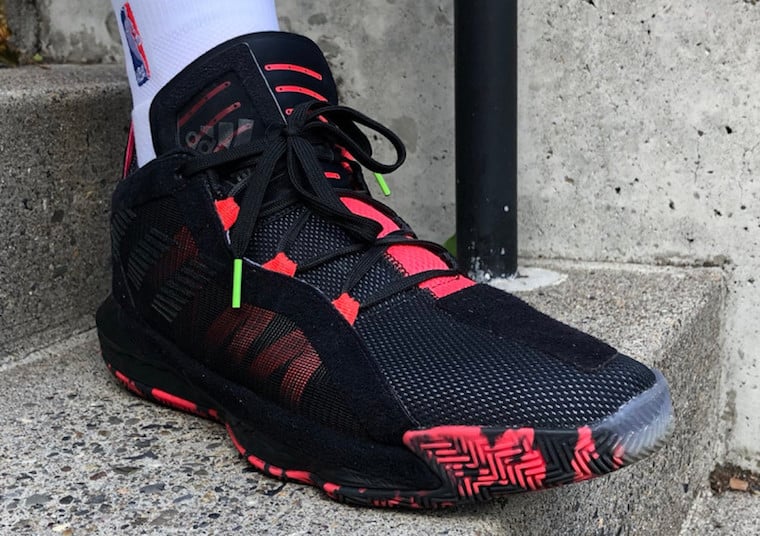 Damian Lillard was spotted during the Portland Trailblazers’ media day wearing his next signature shoe, the adidas Dame 6. The colorway he had laced up is being called ‘Ruthless’.

Looking closer this pair comes dressed with Black and Bright Crimson textile mesh across the upper. In addition Black suede covers the overlay on the eyestay and in the middle of the tongue. Following we have an exterior heel plate, Neon Green accents and a full length Lightstrike foam midsole. Finishing the look is a translucent herringbone outsole.

You can expect the adidas Dame 6 ‘Ruthless’ to release at select retailers and online at adidas.com on November 29th. Retail price is set at $110. Soon adidas Basketball will officially unveil Damian Lillard’s next signature shoe and we will make sure to update. For now you can check out more images by scrolling below. 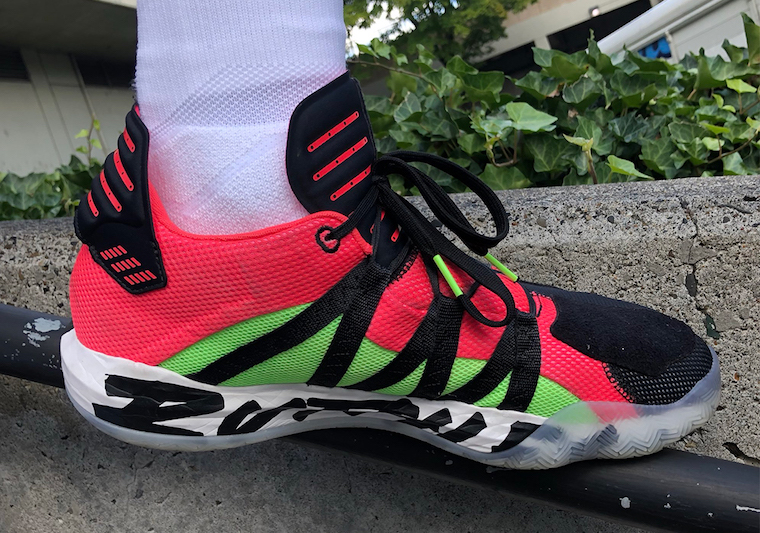 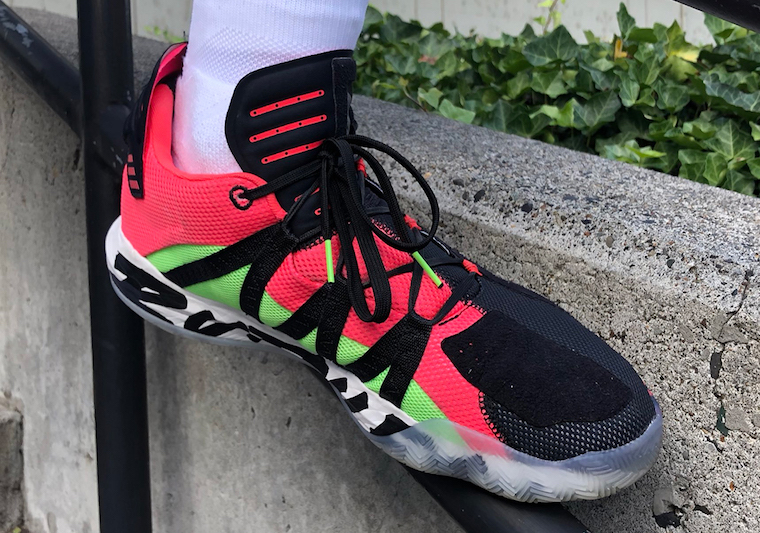 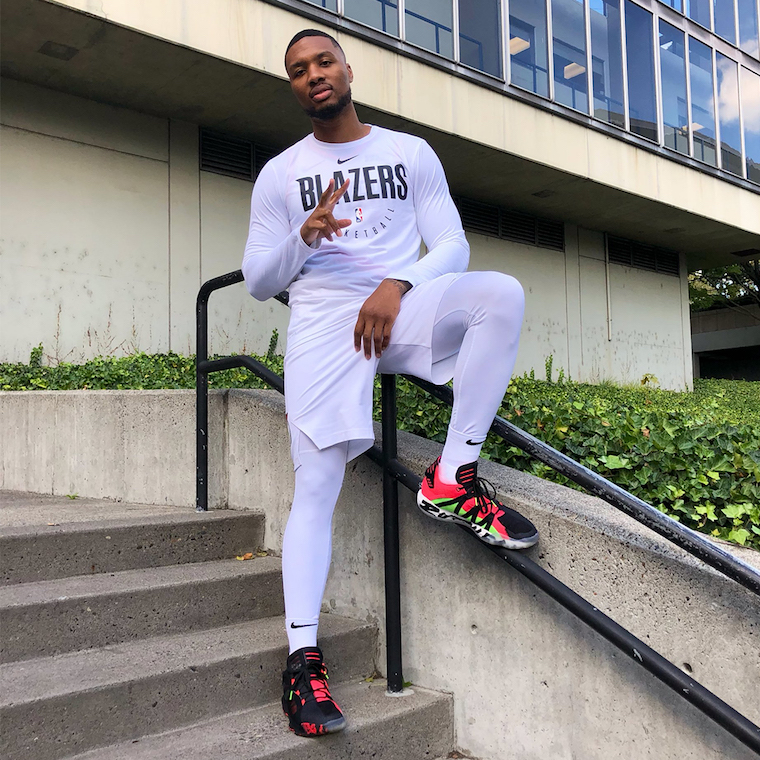 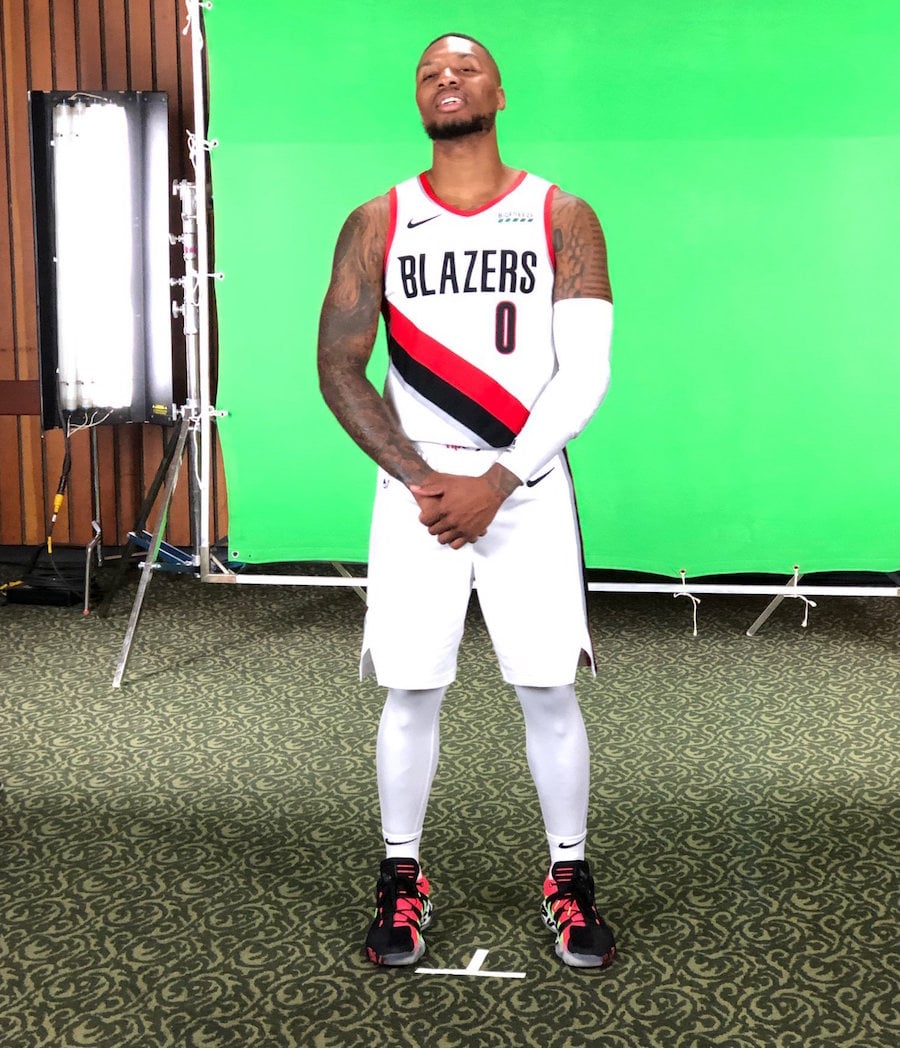 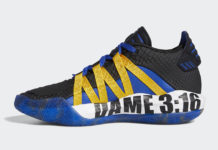 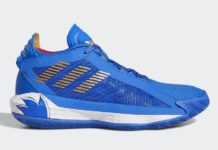 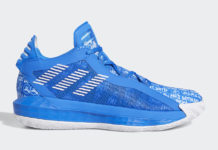 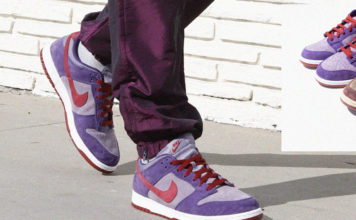