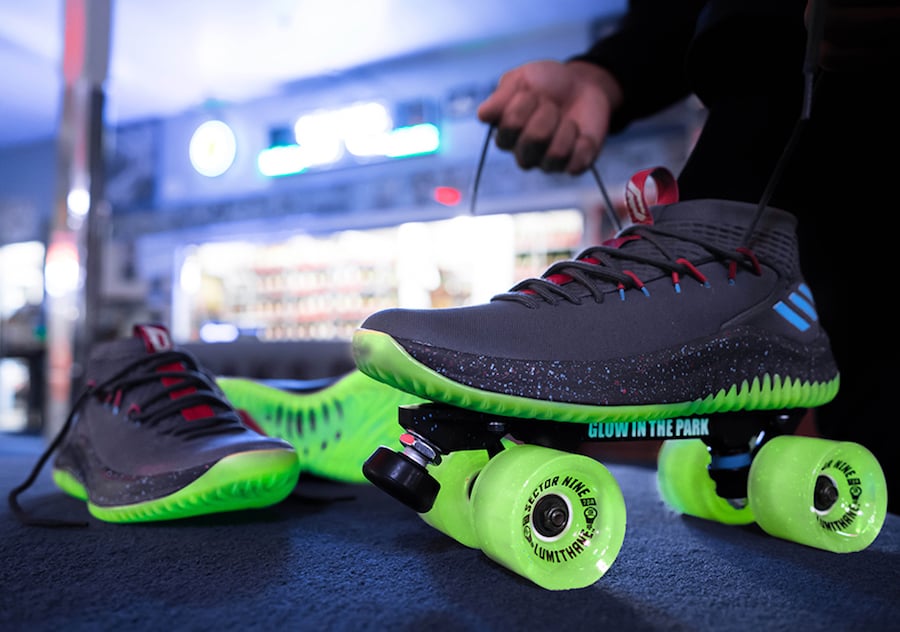 The adidas Dame 4 ‘Glow in the Park’ takes inspiration from Damian Lillard’s favorite skating rink in Oakland. The release is set to take place tomorrow.

The highlight of this adidas Dame 4 is the outsole which glows in the dark which was used at his favorite skating rink. In addition we have Dark Grey used across the uppers while accents of Burgundy and Neon Blue are shown. Finishing the look is a speckled midsole.

The adidas Dame 4 Glow in the Park is scheduled to release at select adidas Basketball retailers including online at adidas.com on November 17th, 2017. Retail price will be $115. Continue to scroll below to check out more images which will give you a closer look. 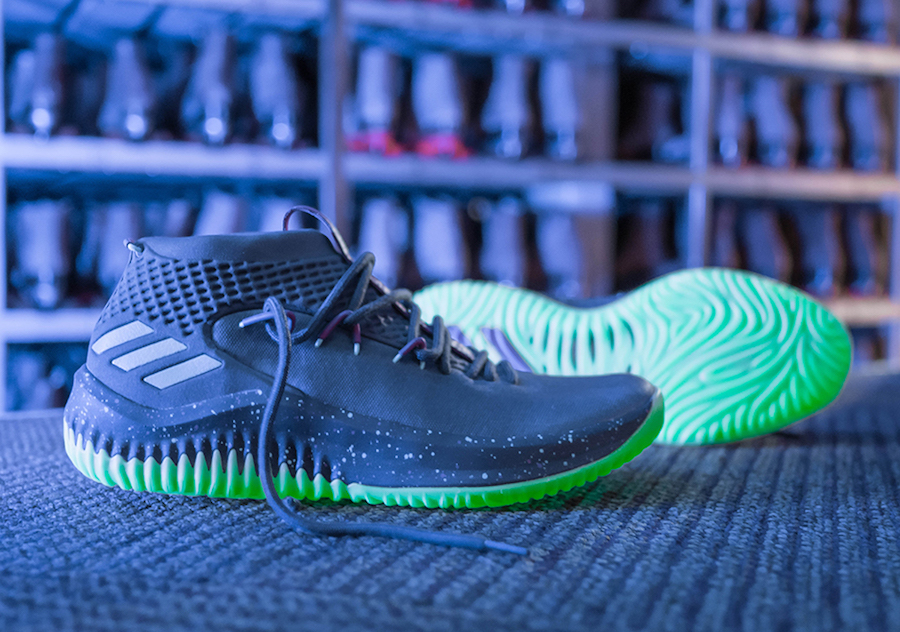 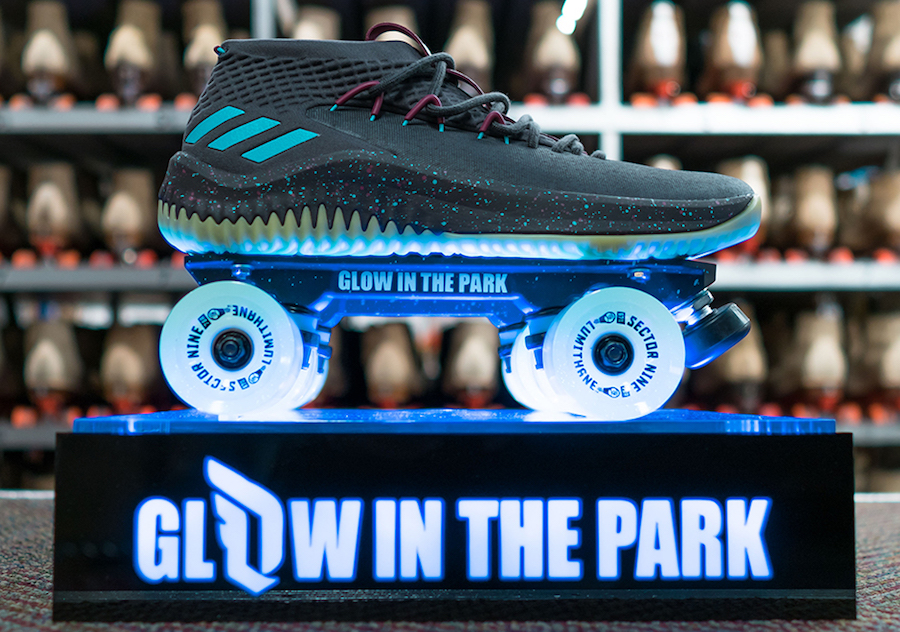 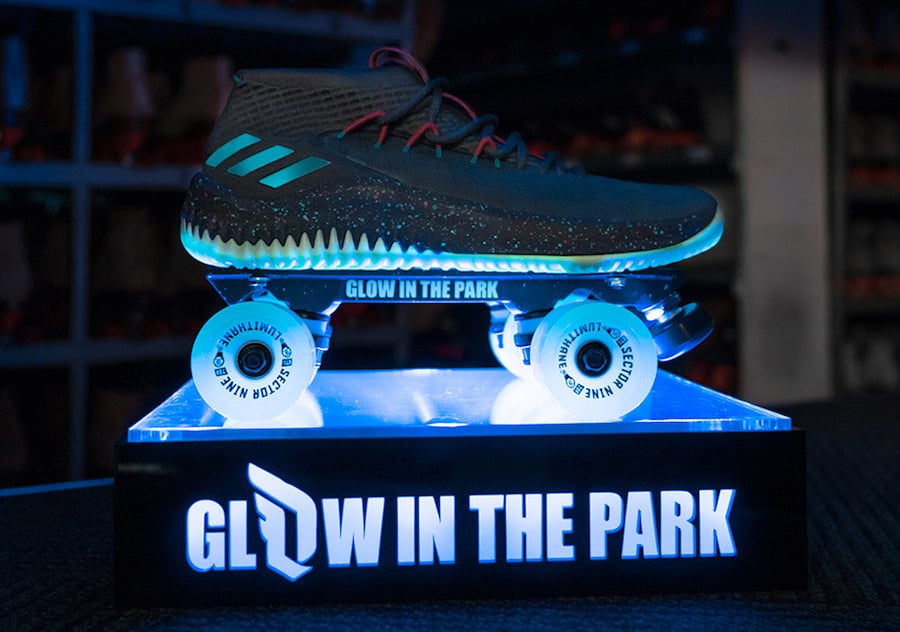 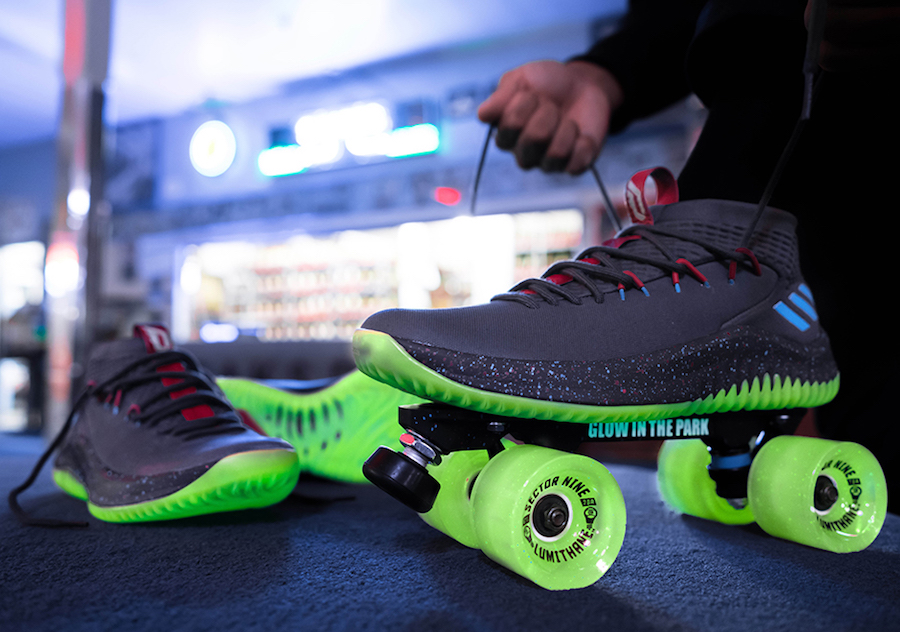 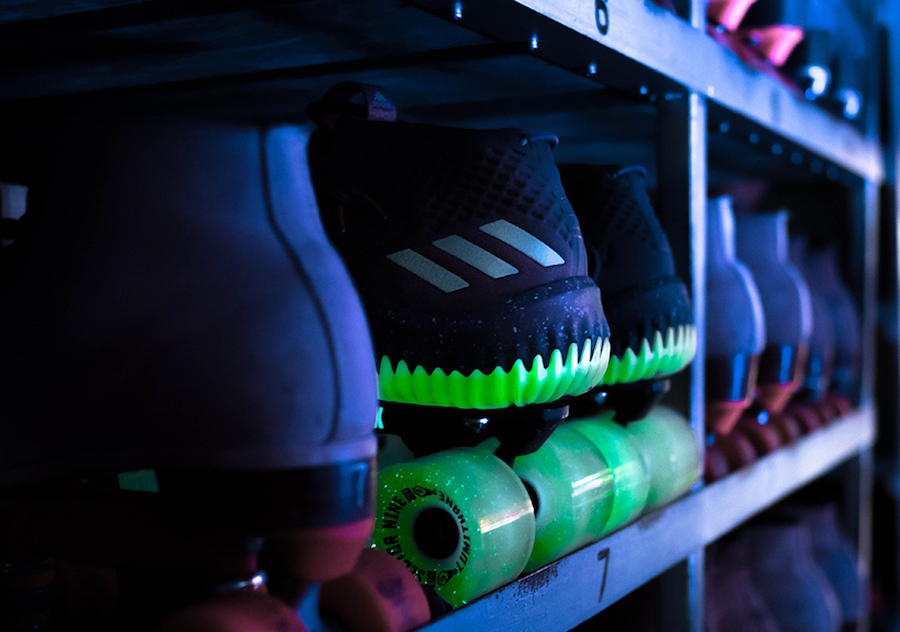