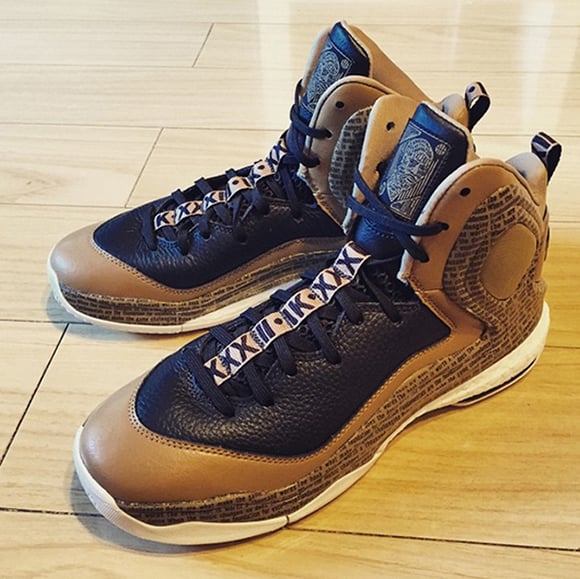 We knew sooner or later that pairs of adidas would celebrate Black History Month and our first pair for viewing pleasure is the adidas D Rose 5 Boost.

The BHM adidas D Rose 5 Boost is actually inspired by one of NBA’s greatest legends, Kareem Abdul-Jabbar who had his own signature shoe also. You can see his face on the tongue with inspirational quotes.

The outer of the adidas D Rose 5 Boost Black History Month has gold foliage with metallic gold on the heel. More quotes are seen on the midsole that runs to the heel. A white outsole that is accompanied by a black tongue caps this pair off.

Finally we have a look at the box which features Kareem Abdul-Jabbar’s face again and the words “Dropping Knowledge”. 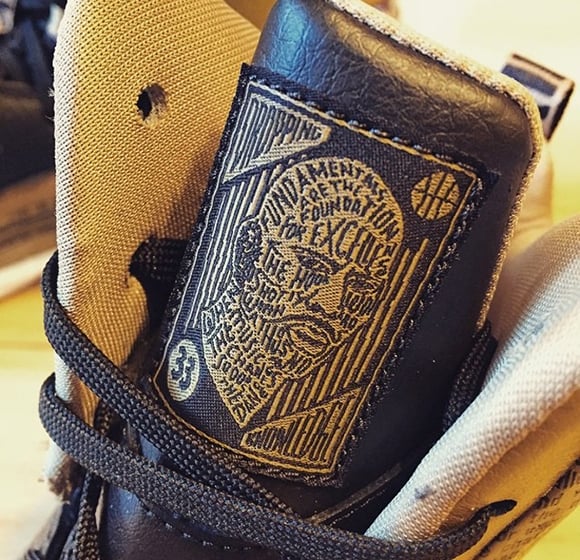 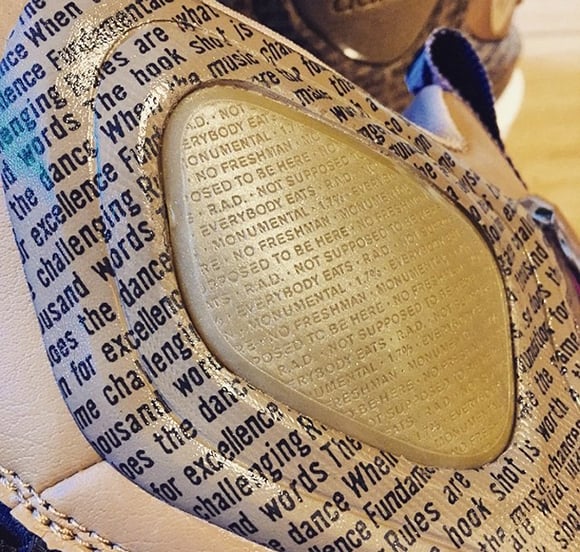 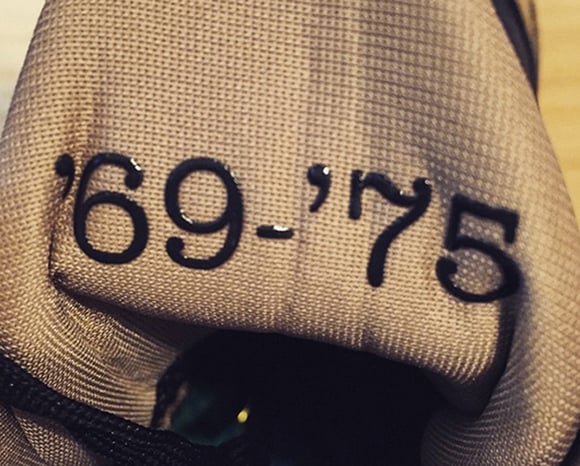 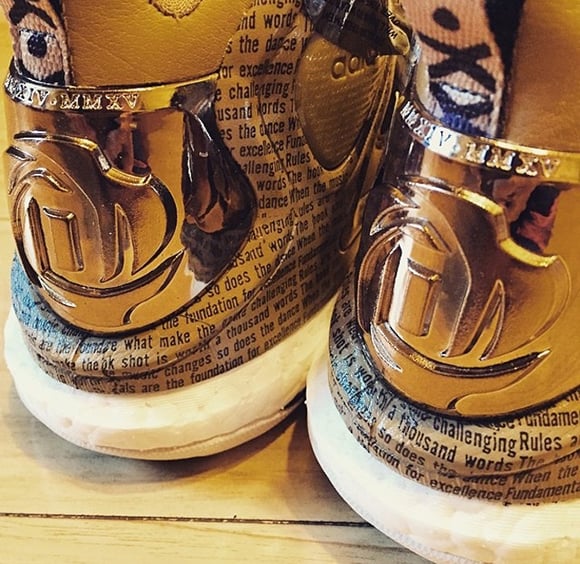 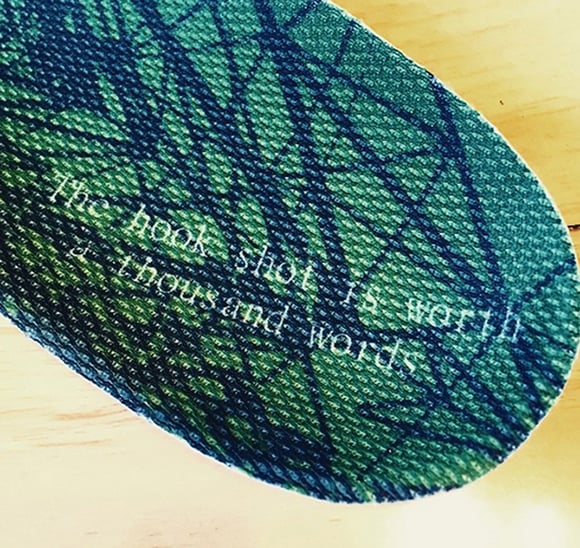 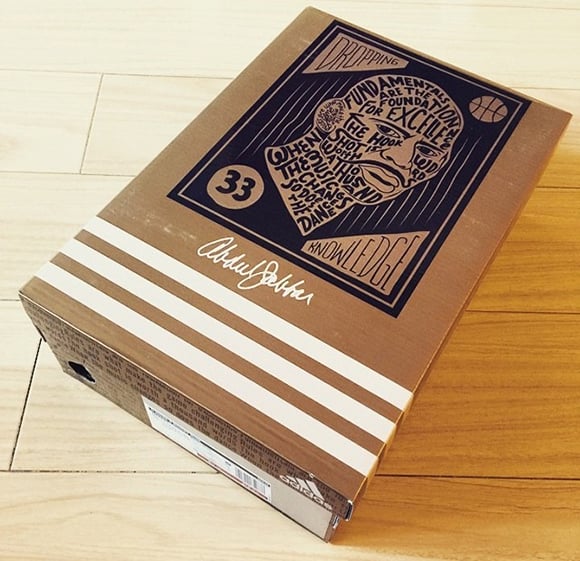