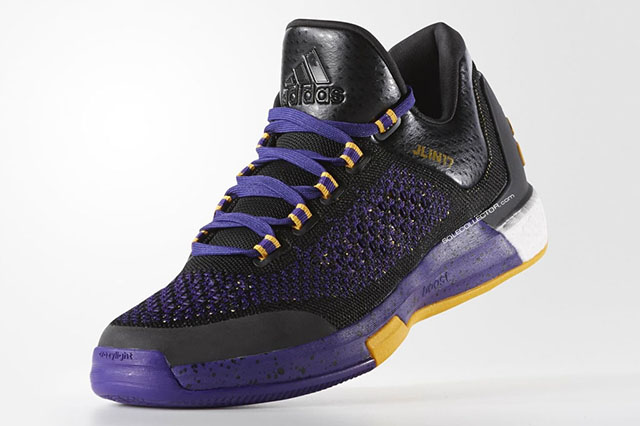 It looks like the adidas Crazylight Boost 2015 won’t just release in traditional color mashups. Signed to the brand is Jeremy Lin and today we have a look at his PE that is actually releasing.

Usually adidas will release Jeremy Lin PE’s so it’s not that crazy that this pair will hit retailers. But in our opinion, they shouldn’t stop there. We hope adidas drops a pair of Andrew Wiggins, maybe the ROY recently showed? For Jeremy Lin’s adidas Crazylight Boost 2015, they feature a black upper with purple working it’s way into the sides. In addition purple once again hits the midsole with a black speckled overlay. Gold hits the branding, part of the outsole, eyelets and ‘JLIN7’ written down the side.

As of now, there isn’t a release date for the adidas Crazylight Boost 2015 Jeremy Lin PE but we should see them roll out sometime in the Summer. 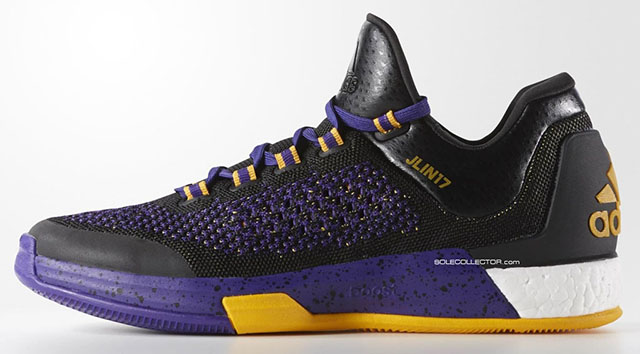 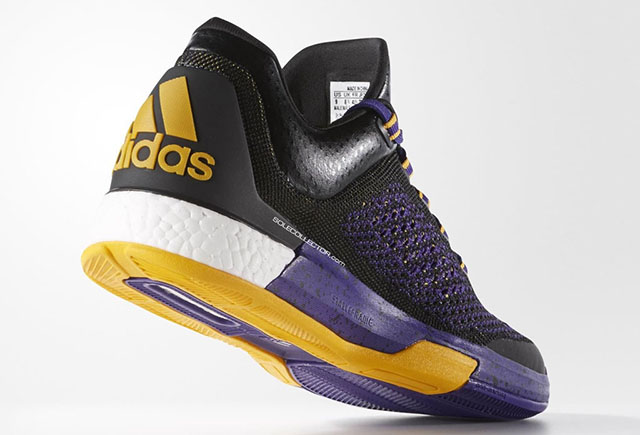 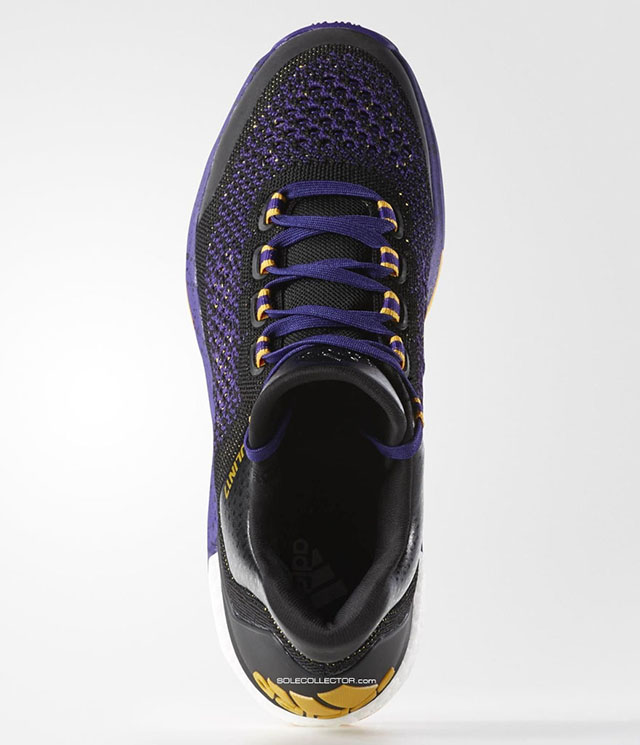 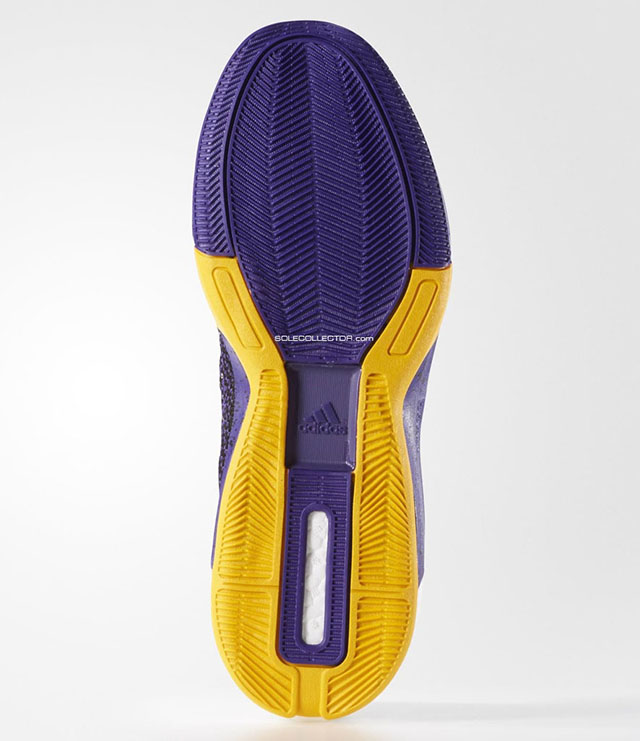