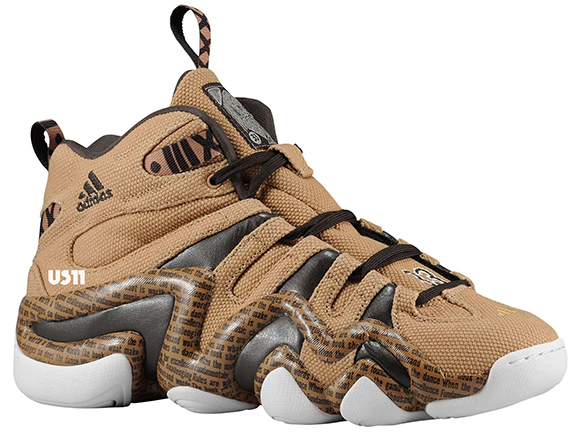 Following up with adidas and their 2015 Black History Month collection, they will also include the adidas Crazy 8.

Just like the D Rose 5 Boost, the adidas Crazy 8 will pay tribute to Kareem Abdul Jabbar by using his face on the tongue. Inspirational quotes are also seen on the midsole area and tongue while Jabbar’s number of 33 is seen at the bottom of the tongue. Using three shades of brown; cardboard, light brown and night brown white is used on the outsole.

The adidas Crazy 8 BHM is expected to release on January 16th 2015.