Originally, adidas and Derrick Rose decided to bring the adidas adiZero Rose Dominate or the “2.5” to the courts for the second half of the season. With the season still in jeopardy, we may never see Derrick Rose wear the Dominate anytime soon. Right now we have images of what may be a “China” colorway which could possibly be a China-only release. The adidas adiZero Rose 2 and the Dominate share many similarities but the differences are clear. On the Dominate, the elastic band near the collar is absent and the ankle cut is now more of a high than a mid. On this “China” colorway, the Dominate shows the use of premium materials. Along the midfoot area, the SprintFrame has detailing that runs across to the heel where the external heel counter also has the same detailing. On the heel, 4 Chinese characters are stitched on in Gold. The inside lining appears to have a fur-like material guaranteeing comfort and emitting a unique look on a basketball sneaker. On the forefoot area and the collar, a buttery nubuck material is present in Brown. With an upper combining Green, Brown, and Red, this Dominate colorway should be a hit. 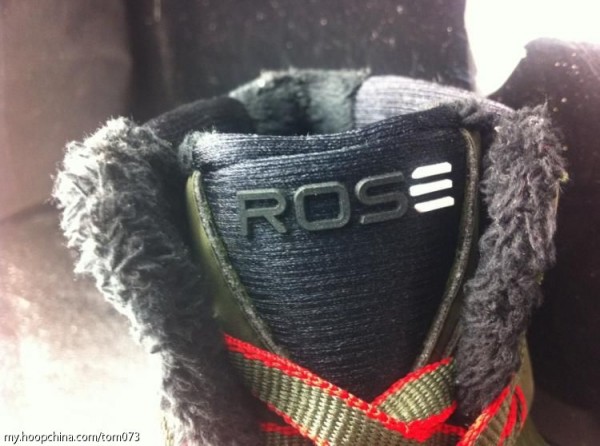 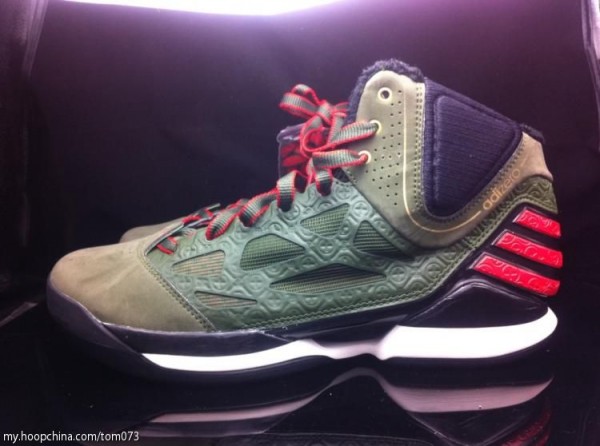