The Entire 1992 Dream Team Sneaker Collection is Available at Auction

The entire 1992 Dream Team Sneaker Collection has recently hit auction. Each pair was game worn and signed by the respective player.

By the time the USA Basketball Olympic committee came calling, David A. Fischer, MD had already enjoyed a long and distinguished career at the highest levels of American sports, having served as team physician to the Minnesota Vikings of the NFL and Timberwolves of the NBA for over a quarter century. But between the start of the qualifying “Tournament of the Americas” in mid-June 1992 through the final game of the Barcelona Olympics in mid-August, Fischer found himself linked to a team unequalled in the annals of athletic history.

Now, nearly twenty-four years after legends from Michael Jordan to Magic Johnson to Larry Bird took the top step of the podium to receive their Gold Medals, Dr. Fischer releases the treasures of his service to the bidding audience of our May Catalog Auction

“We have enjoyed the items and memories,” said Fischer. “We will always have the memories and friendships. However, we now think it time to allow other basketball fans and collectors the opportunity to share in these as well.”

Most notable among the contents of the Fischer Collection is a nearly full roster of game worn sneakers, many autographed with grateful messages from the legendary figures the doctor treated. Autograph collectors will be drawn to a pair of team signed basketballs, each so scarce that only team members and staff had access. A variety of Championship awards are likewise on offer, including a Gold Medal for the “Tournament of the Americas” and a ring representing the Gold Medal achievement at Barcelona.

The full lineup of sneakers from the 1992 Dream Team are now available for you to bid on. The most sought after would probably be the Air Jordan 7 ‘Olympic’ but there are a ton more to check out. You can bid on the shoes individually and not the collection as a whole which you can do so by clicking here. 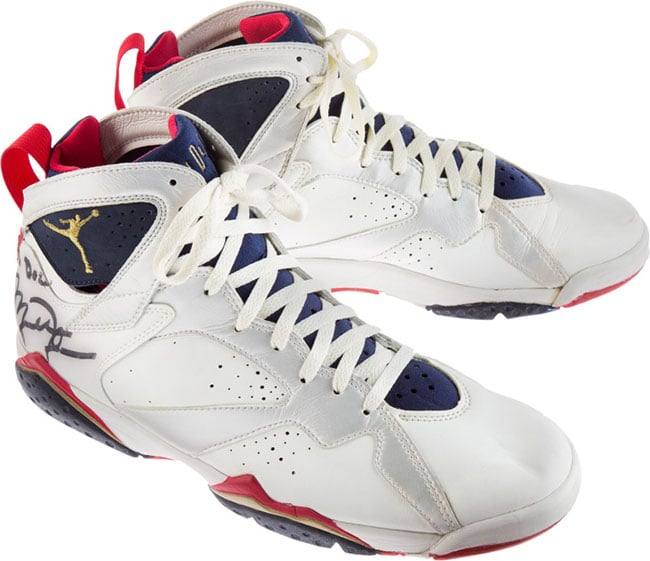 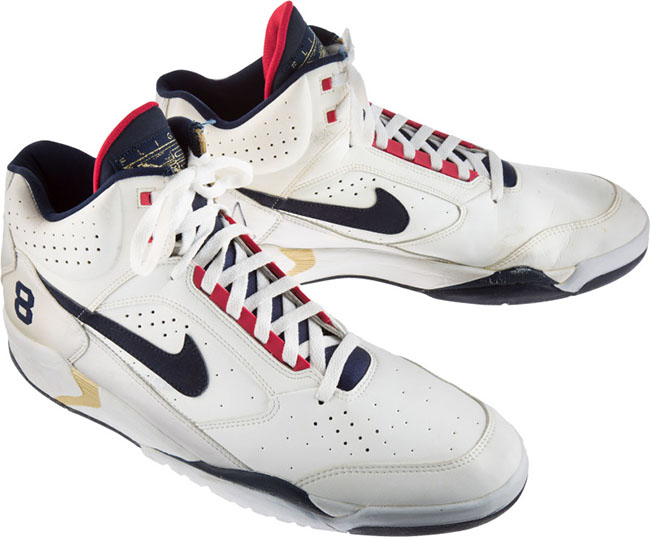 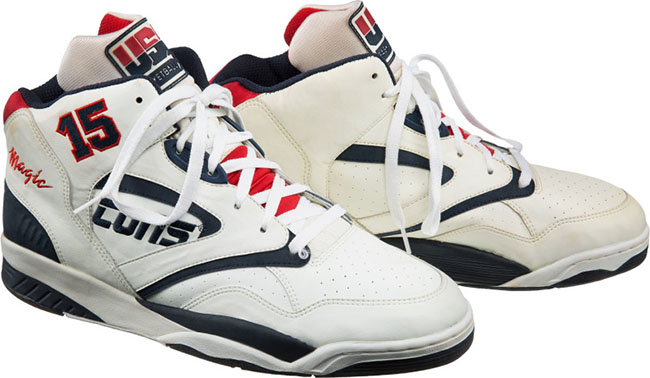 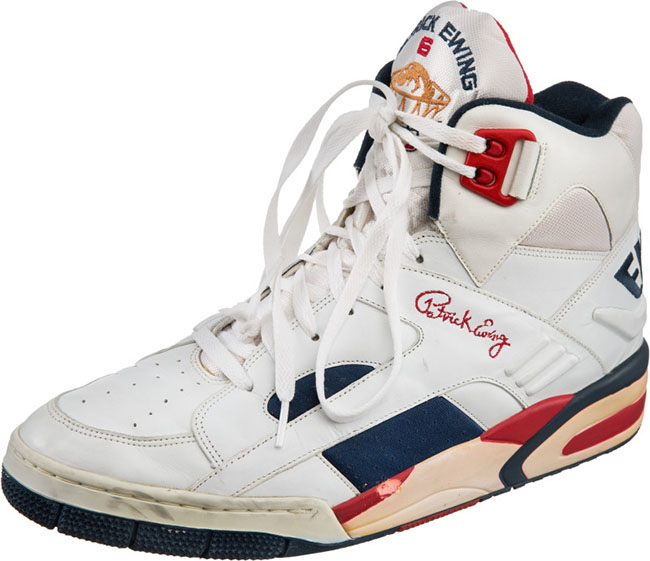 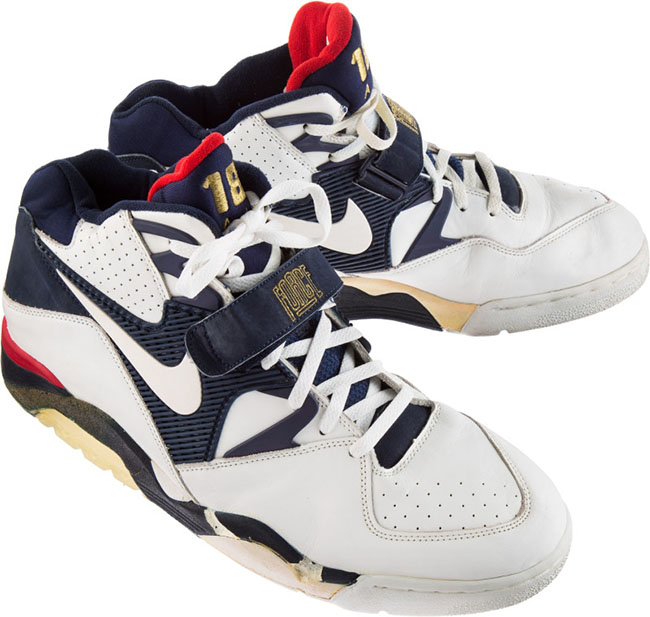 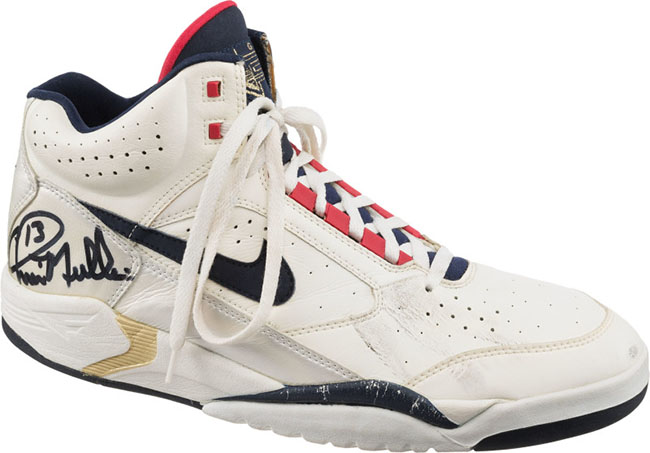 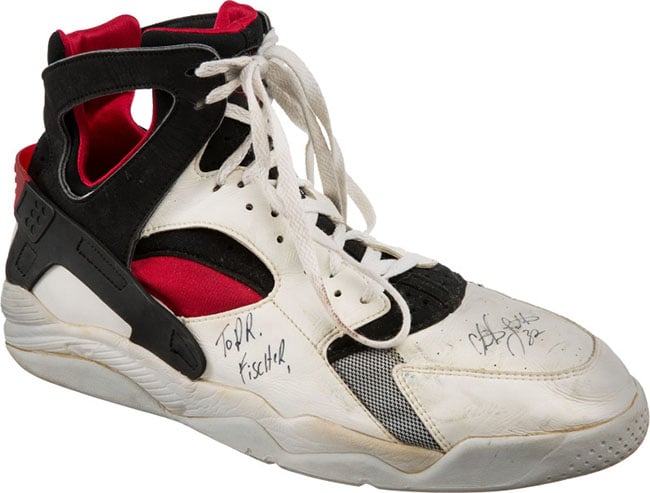 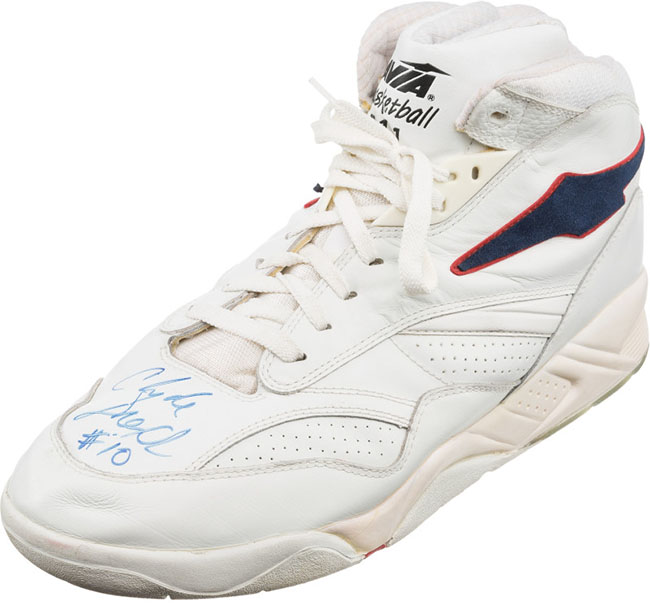 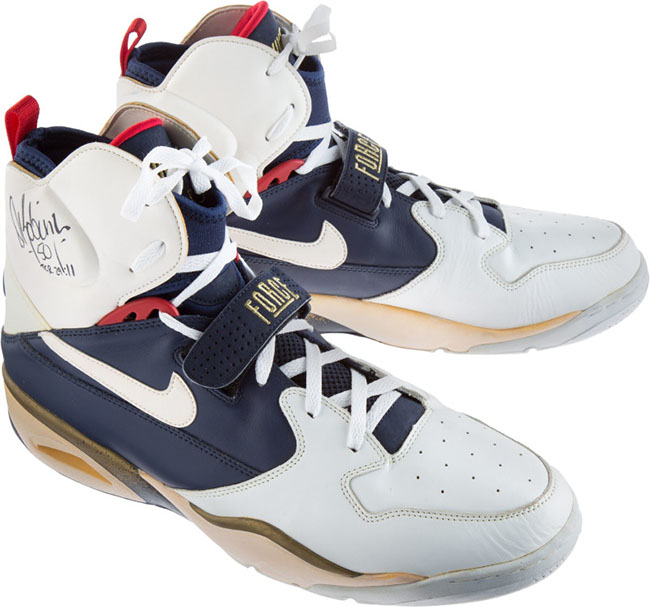 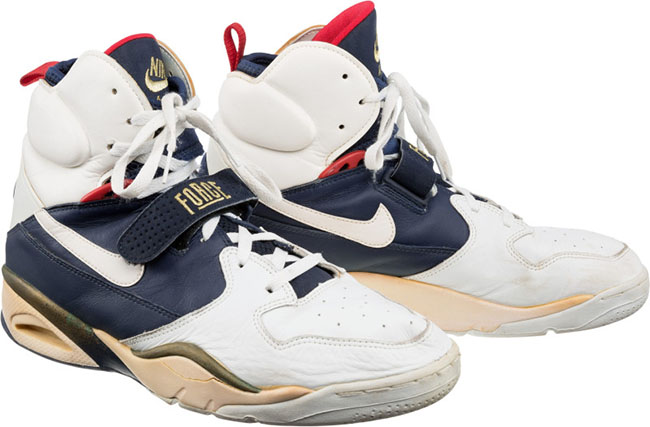 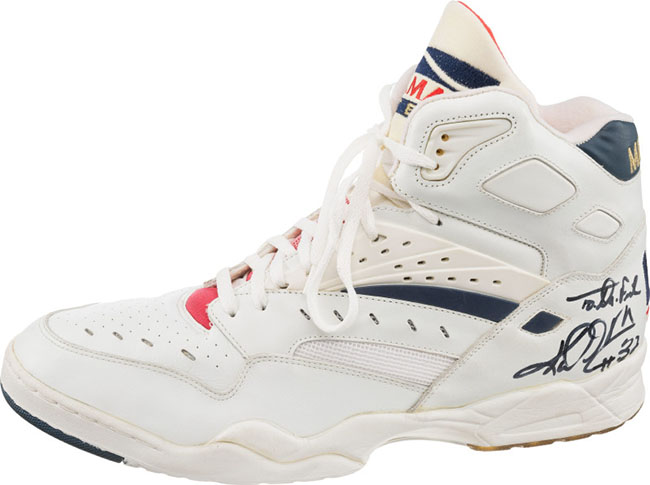 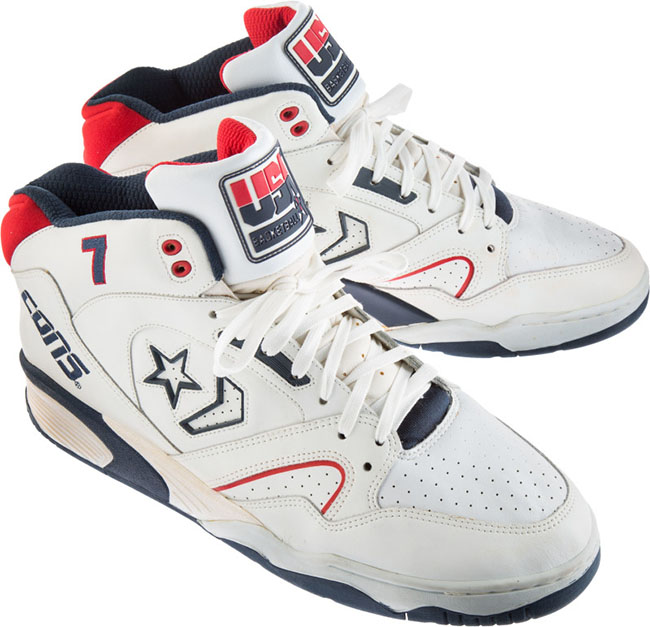