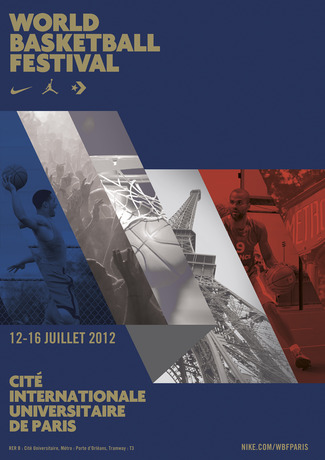 Later this Summer, the World Basketball Festival is set to hit French soil.

This summer Nike is turning the spotlight on basketball in Paris and is taking over the Cité Universitaire Internationale for five days of basketball celebrations.  From 12 to 16 July, basketball fans can take part in this free basketball festival from 8:00 a.m. to 10:00 p.m daily.

Two full-size basketball courts and two half-courts will be built at the Cite Universitaire Internationale for the festival, celebrating the heritage and culture of the sport.

Over the five days of the festival, visitors will be able to take part in and attend tournaments and basketball clinics but also have free access to the courts with their friends to play some pick-up games.

On 12 and 13 July, 13 to 18-year olds can take part in the Nike Camp and get tips from Gregor Beugnot, coach of Elan Chalon.  On 15 July, the focus turns to girls as they have the chance to take part in an all-female Nike Camp and attend the final of the ‘She Got Game’ tournament, an international streetball tournament exclusively for girls.

The captain of the French basketball team Boris Diaw and his teammate Tony Parker will stop off on Monday 16 July to see the best players from the two Nike Camps face off against each other.

The Paris basketball festival gives French fans of the game the chance to show their support to the French Basketball Team.  On 14 July, the entire French basketball team will be at the festival to meet the fans and on 15 July the France versus Spain game will be shown on a giant screen from 2:30 p.m.

At the festival Nike will celebrate basketball culture through its iconic designs and one of its legendary teams. The year 2012 marks the 30-year anniversary of a legendary shoe model: the Air Force 1, and Nike will broadcast the documentary “Air Force 1: Anatomy of an Urban Legend” at the festival. 2012 is also the 20th anniversary of the legendary 1992 United States Basketball Dream Team and Nike has developed a sportswear collection celebrating the achievements of this unrivalled team, which will be showcased in Paris. 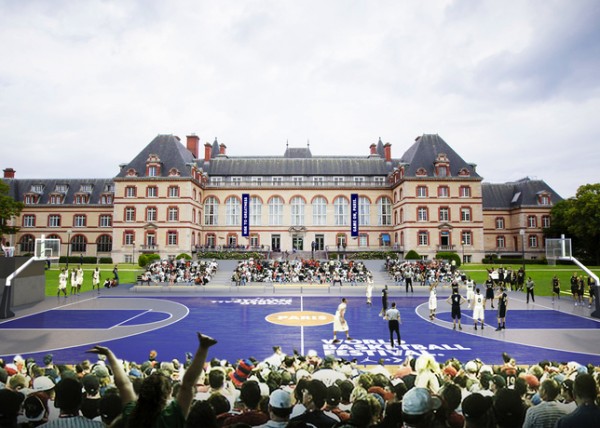